Report: US to send 3 B-2 bombers to Guam amid Korea tensions 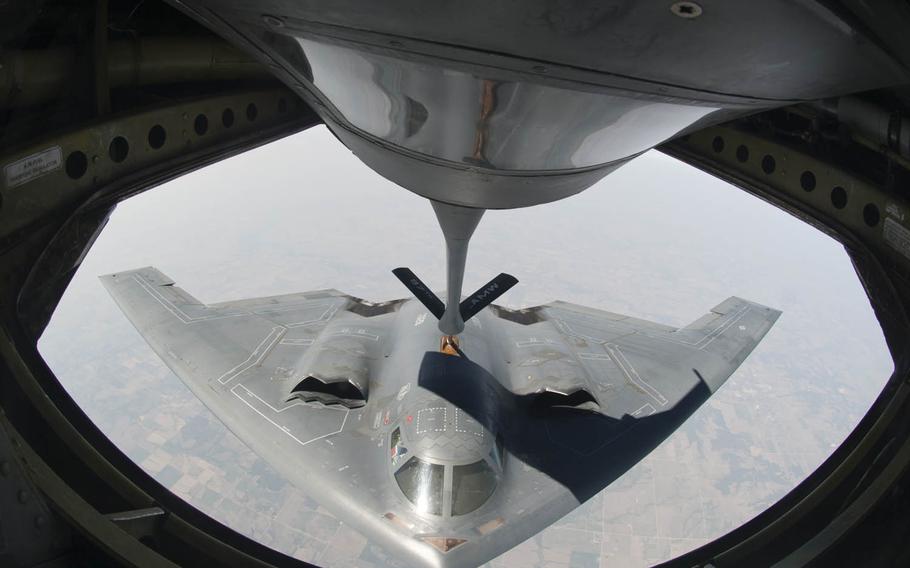 A B-2 Spirit stealth bomber from Whiteman Air Force Base, Mo., is refueled during a training mission Aug. 29, 2012. The United States is sending 3 B-2 bombers to Guam amid heightened tensions on the Korean Peninsula. ()

“We are in the process right now of deploying three B-2s on a scheduled rotation to Andersen Air Base in Guam,” Welsh told the Times. “We continue to have airmen stationed on the Korean Peninsula who are there full time who are ready for whatever might happen, and they are ready every day.”

After more than 40 hours of talks, North Korea expressed regret this week about two South Korean soldiers maimed by land mines allegedly planted by the North, and South Korea stopped propaganda broadcasts across the Demilitarized Zone. The land-mine incident led to an exchange of artillery fire and the evacuation of some areas south of the DMZ.

It’s not unusual for the military to deploy bombers in a show of force. In 2013, the U.S. sent two B-2 stealth bombers on a training mission to South Korea and positioned a guided-missile destroyer off the peninsula’s southwest coast after a series of bellicose statements from the North.

It is not known when the bombers will arrive on Guam.