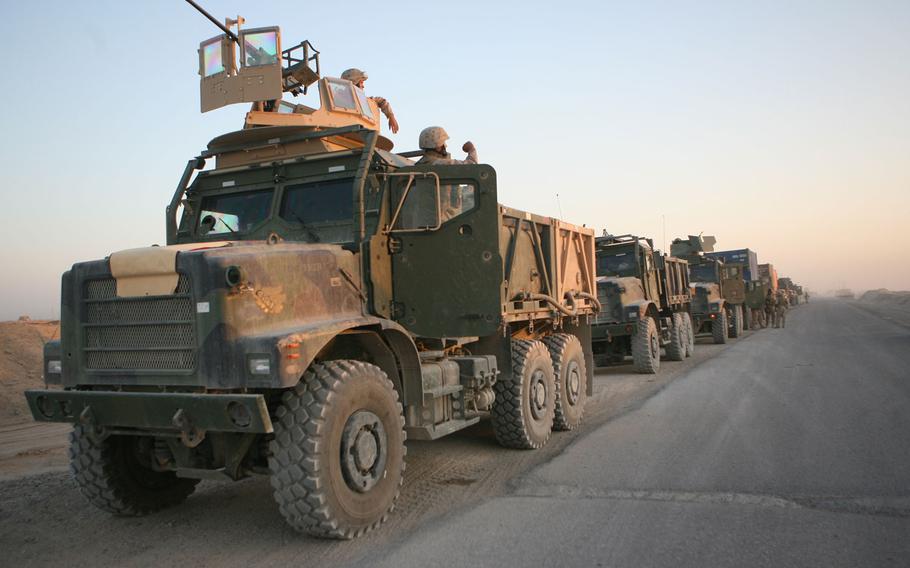 The burning of corpses of insurgents in Fallujah, Iraq, in 2004, was done to prevent disease from spreading among U.S. Marines fighting to retake the Iraqi city and did not violate rules of conduct, the U.S. Marine Corps said Wednesday.

The Marines launched an investigation in 2014, after celebrity gossip site TMZ.com published photos of the 2004 corpse burnings.

What the photos did not communicate was the “totality of the circumstances” during the fight, U.S. Marine Corps spokesman Maj. Christian Devine said Wednesday.

At the time, elements of 1st Division’s Regimental Combat Team-1 and Regimental Combat Team-7 were surrounded by thousands of rotting insurgent corpses; the bodies were in significant states of decomposition due to triple-digit heat and the length of time they’d been on the battlefield. Wild dogs were eating the corpses and getting aggressive with nearby U.S. soldiers.

“It was so bad that the bodies were literally exploding from being bloated in the sun. You could literally taste the corpses, the smell was so atrocious,” said a Marine who participated in the Fallujah battle. His email, among others, came to light Tuesday after a Freedom of Information request response was published by the military blog taskandpurpose.com.

Devine said Wednesday that almost 200 U.S. personnel, the equivalent of 20 percent of one of the RCT’s battalions fighting at Fallujah, had fallen ill due to the poor sanitation -- compared to 308 U.S. combat casualties there. Devine said burning had to occur to protect against further infection.

The investigation into the photos was opened and closed in 2014 with no announcement of findings. On Wednesday, Devine said that it resulted in a “comprehensive report that the burning of remains did not violate any orders, rules of engagement or international laws or conventions,” and that “no charges were preferred as a result of the investigation into this matter.”

In 2014, as the photos surfaced on TMZ, the Department of Defense released a statement saying the actions that were depicted did “not in any way representative of the honorable, professional service” of the military.

“They’ve never circled back to retract that,” Weirick said.

The Pentagon did not have an immediate response on whether a statement would be released on the findings.