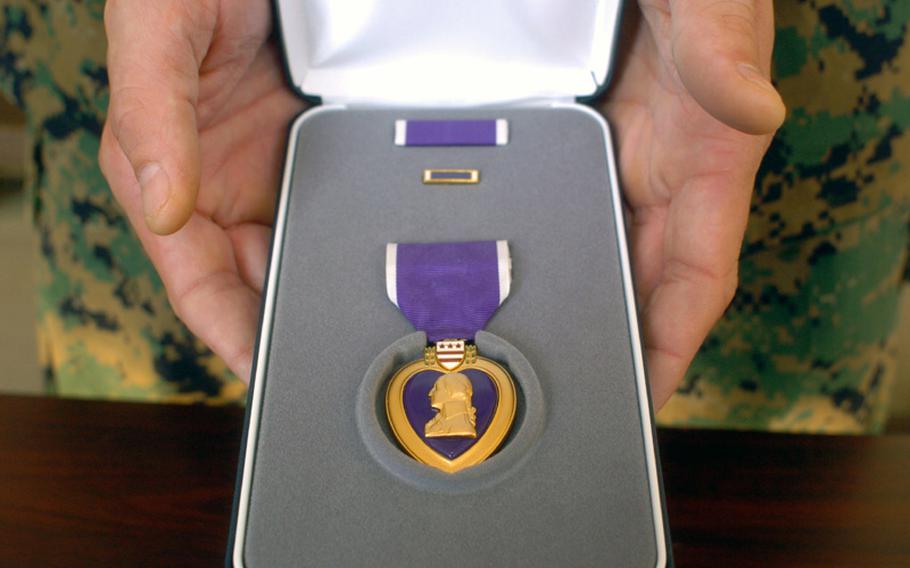 A Veterans Affairs Department study of World War II and Korean War-era veterans has shown that Purple Heart recipients died at a much slower rate than those who didn&rsquo;t receive the medal, according to a story in the Air Force Times.

But researchers stop short of suggesting that a combat injury is one key to living a longer life, the Times says.

Researchers from the Central Arkansas Veterans Healthcare System looked at the medical records of 10,255 veterans over age 65 to determine whether wounded servicemembers who were never diagnosed with post-traumatic stress disorder were more resilient to disease, illness and death.

Read more about what the researchers discovered about Purple Hearts and the life span of aging veterans in the Air Force Times.