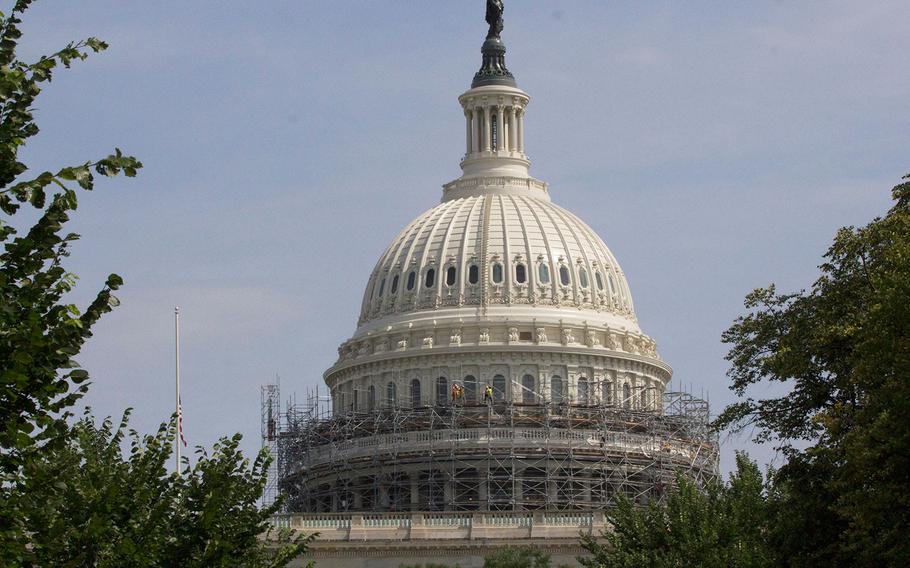 WASHINGTON – Lawmakers were barely back to work on the defense budget Tuesday when a bitter fight flared again over a leaked Pentagon memo.

The internal document detailed the Defense Department’s plan to play “hardball” with Congress this year and pit lawmakers against each other to defeat the House’s controversial effort to boost military spending by $18 billion, which could provide the biggest troop pay raise in years and reverse an Army drawdown.

It became public as House and Senate members were scheduling their first face-to-face budget negotiations after a long summer recess, raising tensions and sparking a reaction from Rep. Mac Thornberry, R-Texas, who is a lead architect of the proposed hike and a subject of the memo.

“It is unfortunate and rather sad that some in the Obama administration spend so much time and effort playing political games, as evidenced by this memo,” said Thornberry, who serves as chairman of the Armed Services Committee.

Thornberry is leading House delegates who are trying to hammer out a final agreement on the annual defense spending with members of the Senate, which voted against his hike.

The leaked memo dated May 13, which was published exclusively by Politico, provides an internal view of the Defense Department’s political campaign against what it calls a “gimmick” funding proposal put forward by Thornberry and passed in the House version of the National Defense Authorization Act earlier this year.

President Barack Obama has also threated to veto the bill, partly over the $18 billion in added spending.

“In short, we should attack the … gimmick and be prepared to play hardball opposing it,” according to the memo written by DOD Comptroller Mike McCord and Stephen Hedger, assistant secretary of defense for legislative affairs. “The veto threat is our primary weapon. However, a veto threat only works if it is supported by the Democratic leadership and their caucuses. Our job is to encourage and support those efforts.”

The Pentagon is deeply opposed and has lashed out publicly against the added spending, saying it violates an agreement by Congress to match defense spending increases with more domestic spending and could hollow out the force by providing short-term funding without any guarantee that it will keep up in the future.

The $18 billion would also come from the military’s overseas war budget and cause operations against the Islamic State group to run out of money at the end of April.

Congress would be required to pass new spending legislation before then to keep the fight in Iraq and Syria going. The so-called Overseas Contingency Operations account, known as OCO, also funds the thousands of troops remaining in Afghanistan.

McCord and Hedger wrote that the department should also exploit divisions in the Republican Party, particularly in the House. They suggested Thornberry was unlikely to change his mind judging by his “sharp media rebuttals” to Obama administration criticisms and suggested the department instead focus on Rep. Rodney Frelinghuysen, R-N.J., because he serves as chairman of the defense appropriations committee and appears to be “less enthused” about Thornberry’s plan.

“Capitalizing on this discomfort could help prevent the gimmick from surviving,” they wrote.

It was yet another indication of the tough politics ahead as the House and Senate have just four weeks to settle the debate over the $18 billion increase and a raft of other differences in the military’s annual policy bill, including requiring women to register for the draft.

Thornberry has championed the bigger budget since earlier this year, saying the military is in crisis due to falling funding, and he has the support of House Speaker Paul Ryan.