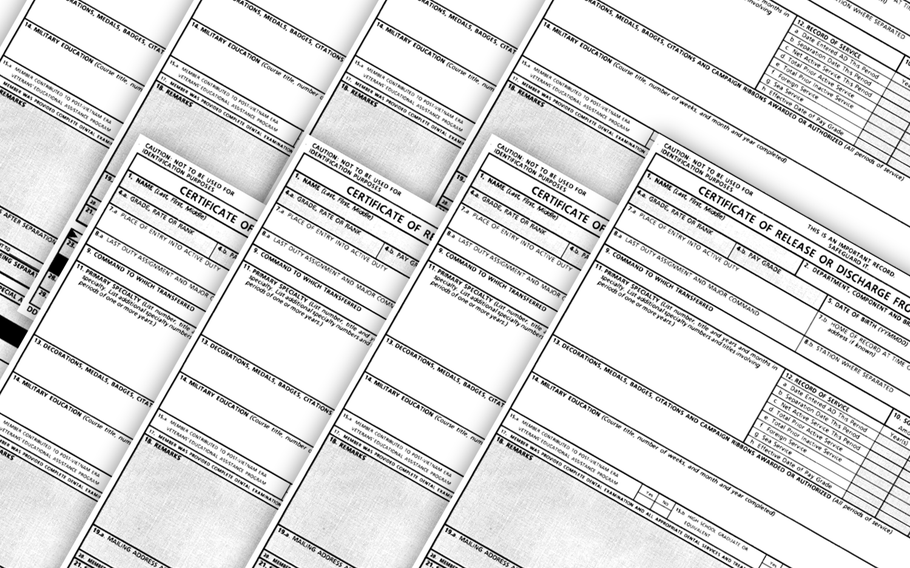 WASHINGTON — The Pentagon is working to make the standard military service discharge form — the DD-214 — fully electronic and looking to implement recommendations from a recent report that would include improving the accuracy and privacy of servicemembers records.

The Pentagon’s Office of the Under Secretary for Personnel and Readiness asked the RAND Corp. to conduct a review of the DD-214 because the department intends to modernize the form by making it fully electronic, and so they wanted to understand which data from the form is used by different organizations and the ways to get it to them more effectively.

“There are lots of stakeholders and lots of folks who over time use the form,” Patricia Mulcahy, director of officer and enlisted personnel management, said of the RAND review. “So, anything we do, we have to be very deliberate and conscientious of all those stakeholders because we want to make sure first and foremost that whatever we do is better for the member while we continue to protect their privacy.”

Originally created in the 1950s, the DD-214 is a document that servicemembers receive at the end of their service, detailing everything from their military education, the medals that they have earned and the type of discharge they received from their branch of service. This document is crucial for veterans to verify their service and to receive benefits from the Department of Veterans Affairs or their local state government.

One of the major issues found in the review is the different ways that the services fill the form with data, leading to inaccurate information. The Rand report found there are no policies regarding what record systems that the services should use to populate the form and how to do it, “so each service has different systems and methods, some of which are more advanced than others.”

The military services are now working to bring their records into the Integrated Pay and Personnel Systems and the personnel office is coordinating alongside them to make the data from these records automatically included on the electronic DD-214. This is expected to take three to five years, according to Mulcahy.

The Defense Department will be looking at which blocks of information in the form to update and that starts by talking to the organizations who use various data in the form, said Kent Bauer, deputy director of officer and enlisted personnel management.

“That’s probably the first target is to go back to the various organizations and say what benefits are you adjudicating off of this and what do you really need to do that,” he said.

The form “should be consistent across the board, regardless of branch,” Jim Marszalek, the national service director for Disabled American Veterans, said about changes he would like to see. He also believes the DD-214 should be updated to list the locations where servicemembers served “because there are a lot of benefits based upon where you serve.”

The DD-214 now has a block listing “Foreign Service,” where a servicemembers’ time overseas is noted by month and day but not location. For example, Vietnam veterans who believe they were exposed to Agent Orange must show that they served on the ground in Vietnam, Marszalek said, and listing the Vietnam Service Medal on the DD-214 only proves they served in support of the war in some way but not necessarily that they were in Vietnam.

“So without it saying where they served, now the VA has to go and verify through military personnel records where exactly this veteran served,” he said. “So I think if the DD-214 actually had the places of where these servicemembers have served, I think that will be beneficial.”

Balancing who needs what information and protecting the privacy of the servicemember is a priority. The RAND report recommended the Defense Department look at ways to reduce the amount of information a veteran would have to give to organizations in order to prove their service.