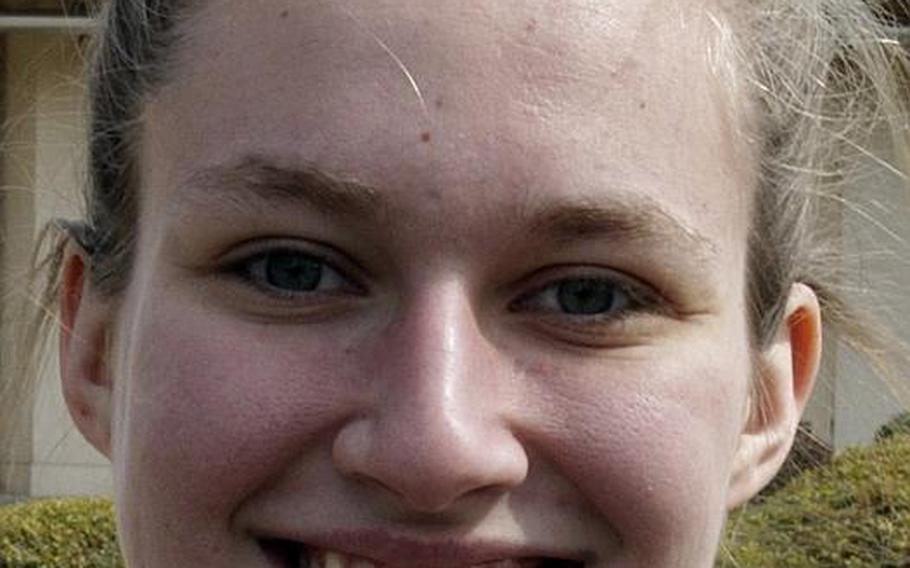 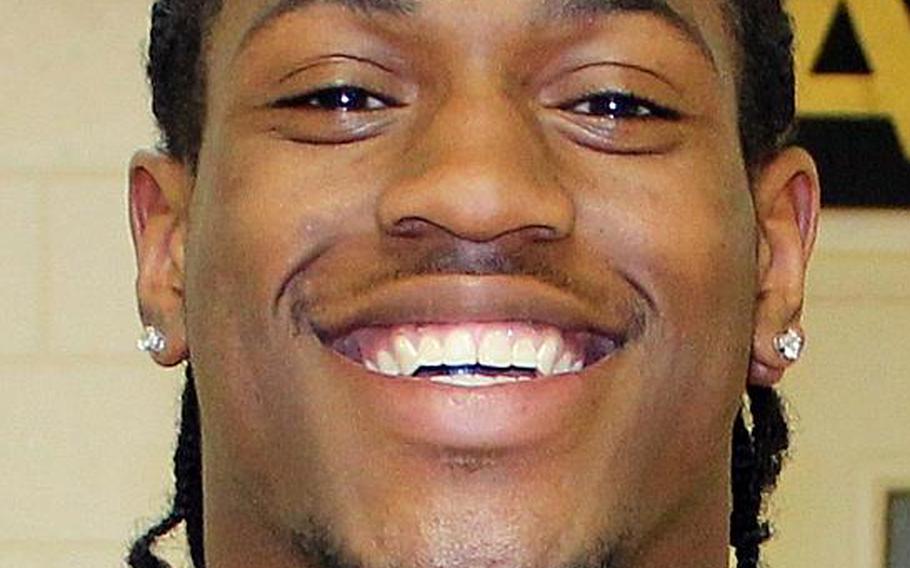 Last week &mdash; Captured firsts in four events, two individual and two relay, in DODDS Korea&rsquo;s first regular-season meet hosted by Daegu. White qualified for the Far East meet in May at Yokota in the 200 and 1,600 relay, one of seven Falcons athletes who qualified for Far East in various events. Seoul American won the team titles in boys and girls by comfortable margins.

&ldquo;He&rsquo;s the type of kid you don&rsquo;t want to cross,&rdquo; coach David R. Abbott said of White, an intensely competitive sort of leader. &ldquo;Our kids very much respect him and look up to him. He&rsquo;s one of our captains and has grown into the leadership role. They see his work ethic and they strive to do the best they can and to live up to that.&rdquo;

Last week &mdash; Posted four shutouts in her five victories as the Panthers - rebounding from an 0-2 start - improved to 5-2 on the season, including the championship in a DODDS Japan tournament played at Yokota last weekend.

White, a senior, began the week by helping the Panthers right the ship, giving up the only two goals she&rsquo;d allow in a 5-2 home win over International School of the Sacred Heart. White then posted shutouts of 5-0 over Robert D. Edgren and Matthew C. Perry, 1-0 over Nile C. Kinnick and 5-0 over E.J. King in the tournament.

White &ldquo;leads by example through hard work and determination,&rdquo; coach Matt Whipple said of his three-year starting goalkeeper. &ldquo;Kathryn plays with confidence and inspires her teammates to play well not only for her, but for themselves. The purpose of sports is to have other humans push us to excel. Kathryn exemplifies this statement in that she makes everyone on her team play better.&rdquo;