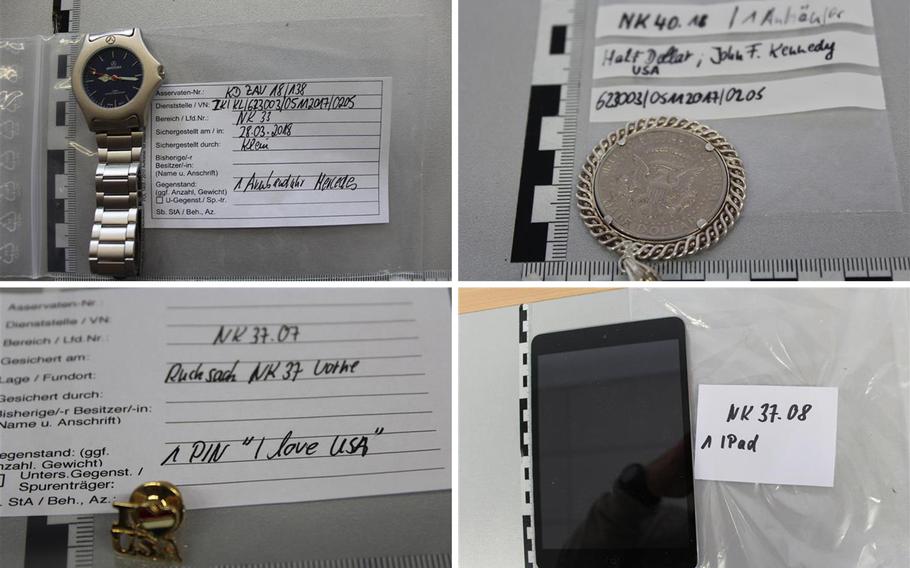 Kaiserslautern police caught a gang of burglars who are believed to have also broken into the homes of Americans. Pictured are some of the items they seized. (Courtesy Kaiserslautern Police)

KAISERSLAUTERN, Germany — Items recovered from a series of burglaries that targeted Americans in Kusel, Germany, can soon be retrieved by their owners at the local police station.

About 100 stolen items — including jewelry, rare coins and watches — were recovered in April when police cracked a burglary ring whose members broke into homes, many of which belonged to U.S. servicemembers and civilians.

Several people were able to identify items as their own after police published photos in April; however, Bernhard Christian Erfort, a Kaiserslautern police spokesman, said that “there are still some items whose owners we do not know.”

The burglaries remain under investigation. Two people have been arrested so far in connection with the burglaries, police said in a statement Monday.