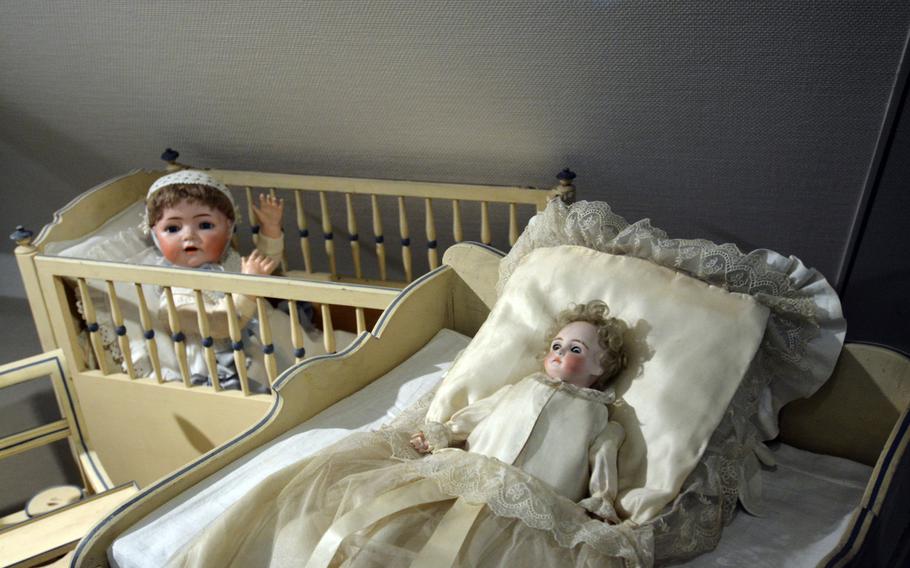 Buy Photo
Dolls made in Germany at the turn of the 20th century, on permanent display at the Nuremberg Toy Museum in Germany. Many toys made for girls at the time were geared toward preparing them to be homemakers. (Erik Slavin/Stars and Stripes)

Buy Photo
Dolls made in Germany at the turn of the 20th century, on permanent display at the Nuremberg Toy Museum in Germany. Many toys made for girls at the time were geared toward preparing them to be homemakers. (Erik Slavin/Stars and Stripes) 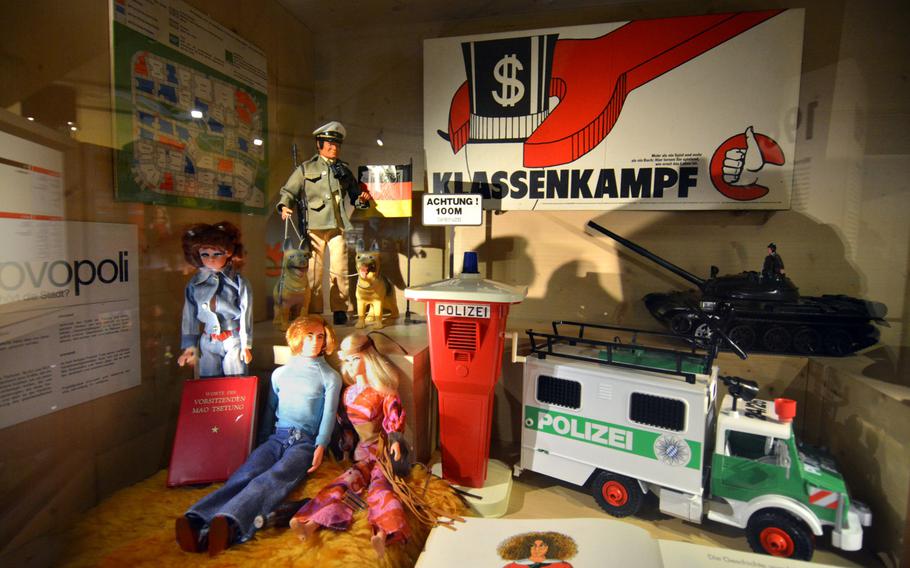 Buy Photo
Toys and collectibles from both sides of the Cold War, including a police vehicle and an East German translation of Mao Zedong's quotations, provide a fascinating glimpse into history. (Erik Slavin/Stars and Stripes) 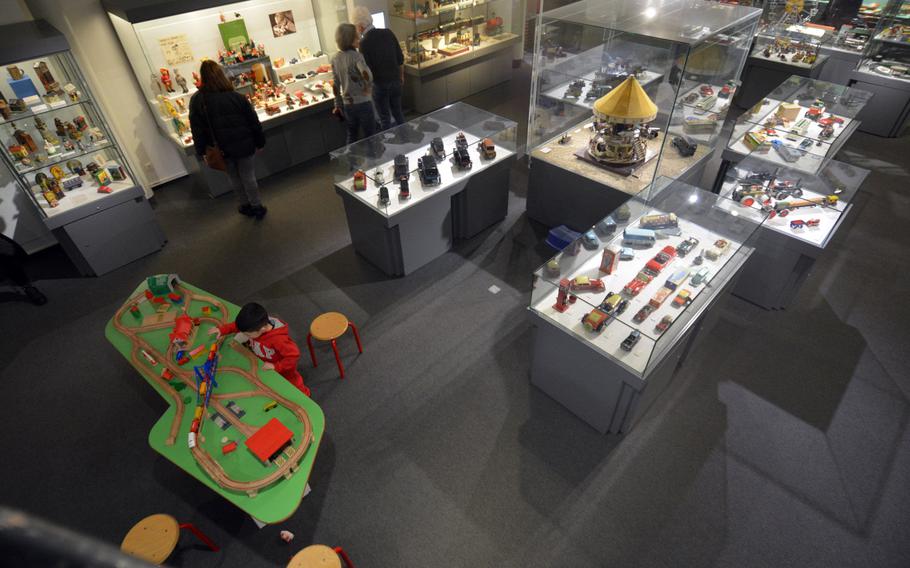 Buy Photo
The Nuremberg Toy Museum features displays of toys made over the centuries, along with a few to play with. (Erik Slavin/Stars and Stripes) 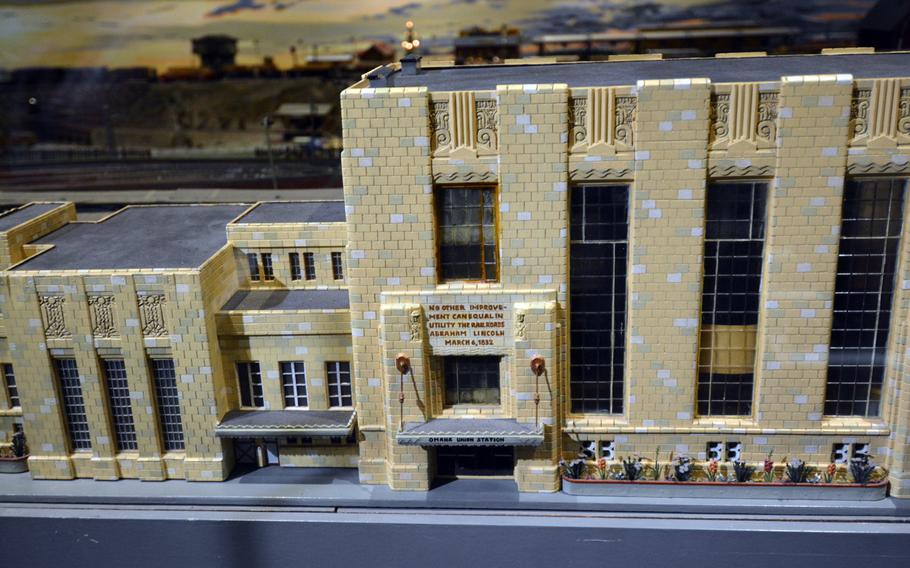 Buy Photo
The fine detail of this Omaha Union Station replica includes an excerpt attributed to Abraham Lincoln's first political speech, when he ran for a seat in the Illinois General Assembly in 1832. The replica was part of a traveling exhibit at the Nuremberg Toy Museum in Germany in late 2019. (Erik Slavin/Stars and Stripes) 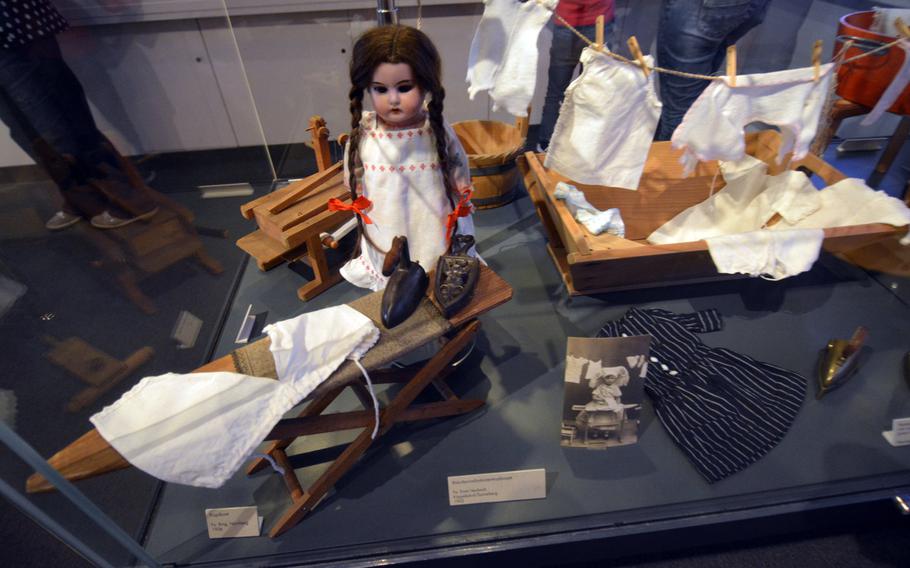 Buy Photo
Some toys for girls from the first decade of the 1900s, including this doll ironing and doing laundry, drive home just how much the concept of playtime has changed over the years. The doll is part of the permanent exhibit at the Nuremberg Toy Museum in Germany. (Erik Slavin/Stars and Stripes) 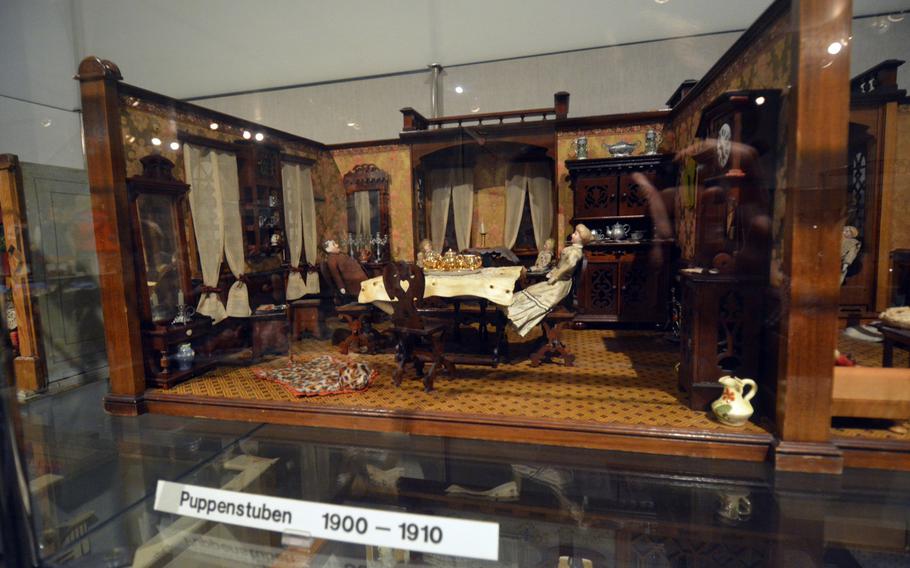 Buy Photo
The dining room of an early 1900s doll house, one of several on display at the Nuremberg Toy Museum in Germany. (Erik Slavin/Stars and Stripes) 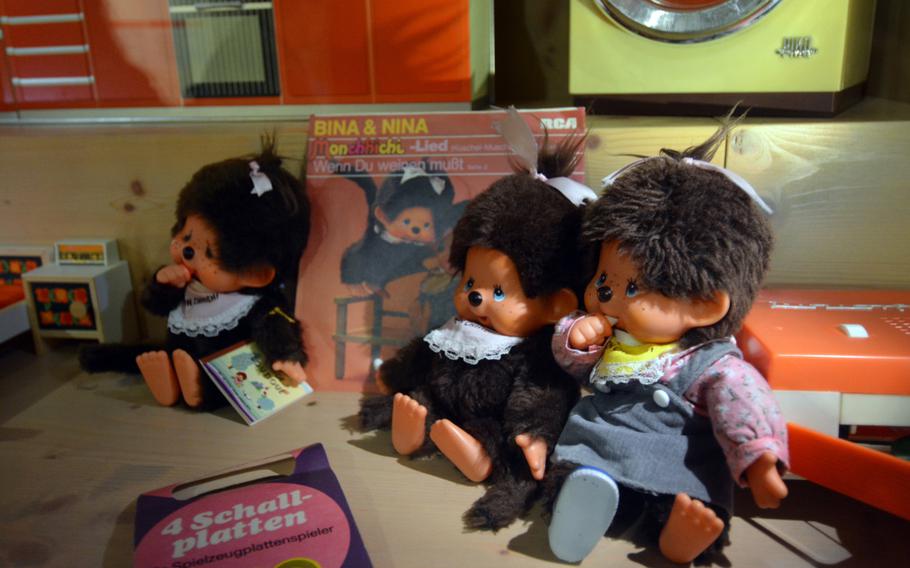 Buy Photo
Monchichis on display at the Nuremberg Toy Museum. Germany was one of the first foreign markets to import monchichis from Japan, shortly after their release in 1974. The toys became popular in the West and spawned a U.S. cartoon series in the 1980s. (Erik Slavin/Stars and Stripes)

Playtime for the average middle-class kid once meant preparation for work as an adult.

Dolls made in 19th-century Germany were exquisitely crafted, but they were probably also the inspiration for at least four different Hollywood horror films. By the early 20th century, the dolls displayed at the Nuremberg Toy Museum were ironing clothes and doing baby laundry. I guess the fun never stopped for girls.

Then again, I’m looking at it through a modern lens —maybe it made the girls happy to do what Mom did when that’s what was expected, while the boys played with vast armies of tin and lead soldiers.

The museum’s display of toys spanning the centuries says a lot about the times they were made in, from those early figurines and doll houses to the trains, cars, robots and foosball tables produced when a lot of today’s adults were kids.

To be fair, it wasn’t all drudgery in the olden days. Optical toys were the whiz-bang tech marvels of the 19th century. Museum guests can look at the 3D stereoscopic shows that made images move well before anyone had a night out at the movies.

The toys get more familiar as the 20th century rolls on, with sleek cars, plush toys and movie franchise collectibles. Toys and politics sometimes collided during the Cold War, as evident in a display of toys and propaganda from divided Germany.

The museum also has some dedicated displays, such as a replica of Omaha’s Union Station. I’m not a train fanatic, but it was impressive. If you’ve got a zoom lens or great eyesight, check out the fine details. One of the miniature brick walls includes an 1832 quote from Abraham Lincoln praising the railways, years before he became president.

Kids may spend some of the time wondering when they get to actually play with toys instead of mostly looking at them. The payoff comes upstairs, with plenty to do for mostly younger children, and a few things for tweeners and adults with some kid left in them.

Normally, they have even more to play with in a large outdoor area from April 1 through October, though it’s unclear if that area will reopen as coronavirus restrictions are eased. There are lots of classic games, funhouse mirrors and a hedge labyrinth. The museum also opens a courtyard cafe.

The toy museum, like all other museums, has been closed since March. But as Germany slowly opens back up again, if your comfort level is high enough to venture out, the museum is a nice way to spend a few hours while exploring the historic city.

TIMES: Closed recently due to coronavirus measures; check website for updates. Normally Tuesday-Friday 10 a.m. to 5 p.m.; weekends and holidays 10 a.m. to 6 p.m.; closed Monday except during the Christmas Market.