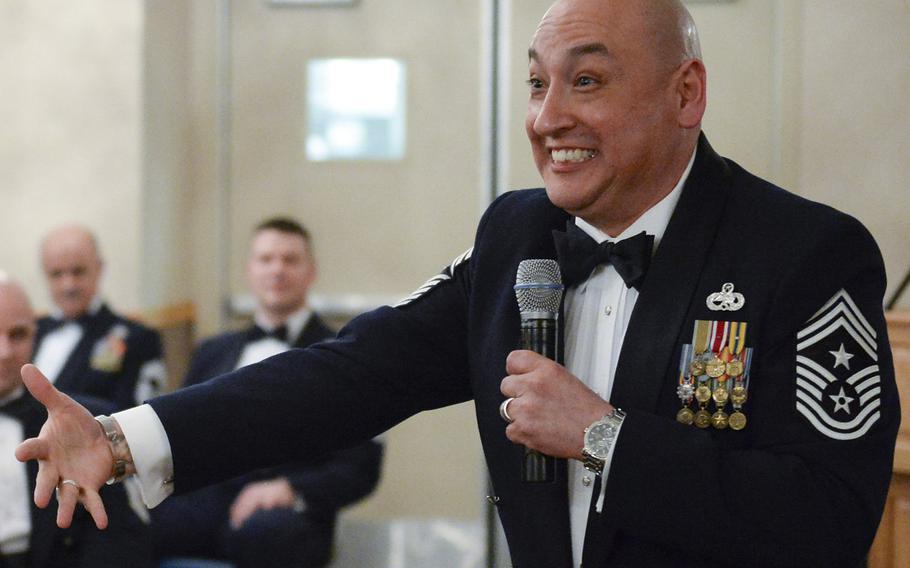 WASHINGTON — Former 12th Air Force Command Chief Master Sgt. Jose A. Barraza was charged Thursday with 15 violations of the Uniform Code of Military Justice, according to an Air Force statement.

The Air Force would not specify what generated the charges but said they were tied to Barraza’s time as the top noncommissioned officer at Davis-Monthan Air Force Base in Arizona. The base is home to the Boneyard, where preserved and retired aircraft are stored, and a sizable fleet of active A-10 aircraft.

Barraza was a noncommissioned officer highlighted as a success story by the Air Force for escaping a rough childhood, according to an article by Airman Magazine. Barraza grew up in south-central Los Angeles. He joined a gang and was shot five times before a judge sentenced him to rehabilitation after Barraza assaulted a rival gang member.

In 1989, he joined the Air Force and specialized in jet engine repair. Barraza calls the day he joined his “Air Force birthday,” and credited the decision for changing his life, according to the magazine.

Barraza rose to command chief master sergeant, a position responsible for all of the enlisted personnel in the 12th Air Force, in June 2015. He was removed from duty in November due to “loss of confidence in his ability to carry out his duties,” the Air Force said at the time.

Barraza faces one charge for willfully disobeying an order, seven charges for dereliction of duty, two charges for making false official statements and five charges for obstruction of justice.

A hearing on the charges has not been set.