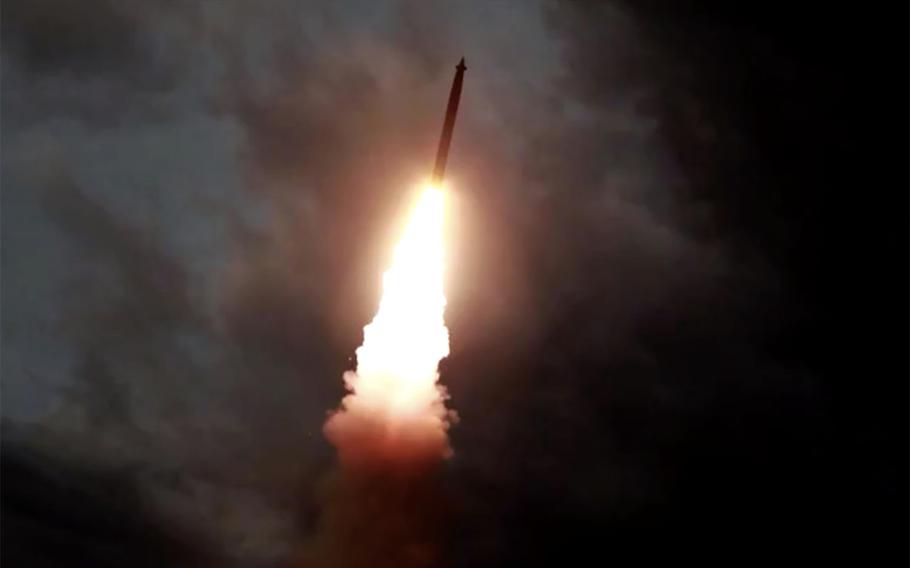 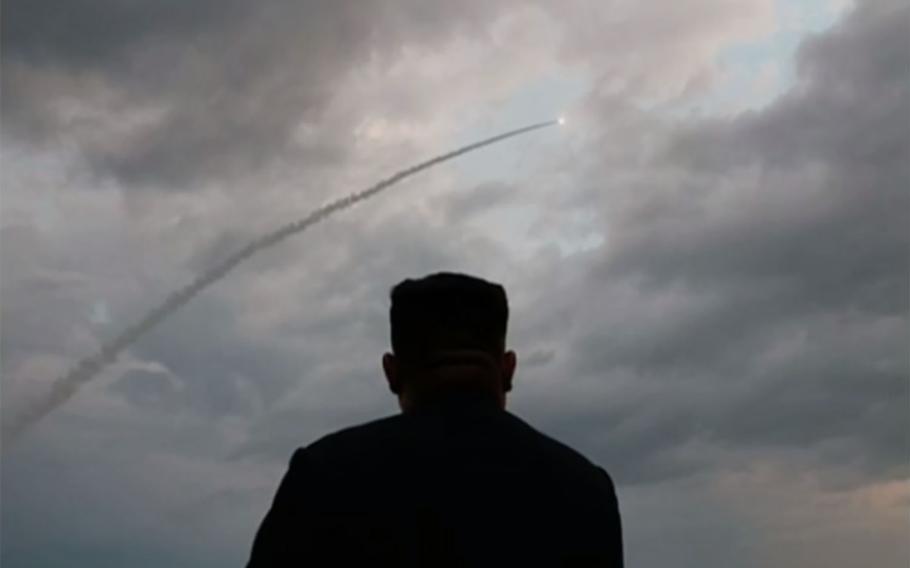 Instead, the communist state sent a fiery message with a series of missile tests that showed its determination to expand its arsenal amid the diplomatic deadlock.

North Korean leader Kim Jong Un likely has several reasons for the show of force, including an effort to increase his negotiating power and to protest U.S.-South Korean military exercises, which are expected to begin Monday.

There’s also a more basic motive, experts say, as the launches made clear that the North continues to develop short-range strike capabilities that could threaten not only South Korea, but thousands of U.S. soldiers and other Americans stationed there.

Kim personally oversaw all the launches, which have shattered a lull in such activity after the leader announced last year that he was suspending long-range and nuclear tests to facilitate diplomacy with the United States.

However, the North stopped short of crossing the red line set by President Donald Trump, who has said he’s not worried because the weapons launched were not intercontinental ballistic missiles that could target the U.S. mainland.

Short-range threat“Trump is downplaying this and the effect that that has is that it emboldens Kim Jong Un,” said David Maxwell, a senior fellow at the Foundation for Defense of Democracies, a Washington, D.C.-based think tank. “He’s able to improve his military capabilities without paying any price.”

Critics also noted that Trump’s reaction minimizes the threat to regional targets, which could raise concerns about the U.S. commitment to South Korea, which has been a key ally since the 1950-53 Korean War.

“Kim Jong Un believes as long as he doesn’t test a weapon or ICBM he can do whatever he wants,” Maxwell said in a telephone interview. “That allows him to do a lot of things that will drive a wedge in the alliance. He is amping up the threat to South Korea while minimizing the threat to the United States.”

The recent activity began July 25 when the North launched two short-range ballistic missiles, similar to those that were fired in early May.

Military officials said the missiles, which use solid fuel and were launched from a truck, were similar to Russia’s Iskander and apparently designed to evade U.S. and South Korean defense systems on the divided peninsula.

“Kim may want to demonstrate two things: that he could be testing ICBMs, as North Korea threatened to do a few weeks ago, but is so far exercising restraint,” said Ferial Saeed, a former American diplomat who has worked on North Korea policy.

And if the missiles were undetectable by radar, as suggested, the North’s “capabilities have improved -- and in ways Washington would find particularly worrisome,” she said.

North Korea’s state-run media described them as a “solemn warning” to Seoul against joining the United States in joint drills, which it considers rehearsals for an invasion.

It also criticized South Korea’s purchase of F-35 stealth fighter jets – the first of which have already been delivered.

On Wednesday and Friday, the North test-fired what it called a new “large-caliber multiple launch guided rocket system,” which analysts said could improve its ability to strike key military bases in the South, including the U.S. military’s new headquarters base, Camp Humphreys, and Osan Air Base.

Sanctions violation?Trump suggested his patience has a limit with a series of tweets on Saturday, noting the missile tests didn’t breach an agreement between the two leaders.

“There may be a United Nations violation, but Chairman Kim does not want to disappoint me with a violation of trust, there is far too much for North Korea to gain,” he wrote.

Germany, France and the United Kingdom condemned the launches as violations of U.N. sanctions resolutions that ban the North from using ballistic missile technology.

In a joint statement after a closed U.N. Security Council meeting, the three countries also urged the North to engage in “meaningful negotiations” with the United States and “to take concrete steps toward its complete, verifiable and irreversible denuclearization.”

Talks have been stalled since Trump and Kim failed to reach an agreement during a February summit in Vietnam, exposing deep differences over the extent of sanctions relief in exchange for steps toward denuclearization.

The two leaders, who have been careful to avoid criticizing each other, agreed to resume working-level negotiations during an impromptu meeting at the Korean border on June 30. But no date has been set.

Secretary of State Mike Pompeo expressed disappointment that the North didn’t send a delegate to Thailand for an annual meeting of the Association of Southeast Asian Nations.

“I wish they’d have come here. I think it would have given us an opportunity to have another set of conversations, and I hope it won’t be too long before I have a chance to do that,” he told reporters.

While Trump continued in his good cop role, senior State Department officials had harsher words about North Korea, saying the launches and its failure to appear at the ASEAN forum seemed to have galvanized sentiment against it.

U.S. diplomatic efforts also have been complicated by increasing tensions between allies South Korea and Japan, as well as an escalating trade war with China.

Saeed, a consultant with the risk management firm Telegraph Strategies LLC, said the North Koreans were seeking to maintain control by conducting launches and failing to appear at the ASEAN meeting.

“They seem to be setting the table for talks, and Kim Jong Un also likely needs to continue to satisfy those within his leadership circle who are wary of engagement,” she said. “North Korea's absence in Bangkok drives home that Pyongyang decides the timing and pace of negotiations.”