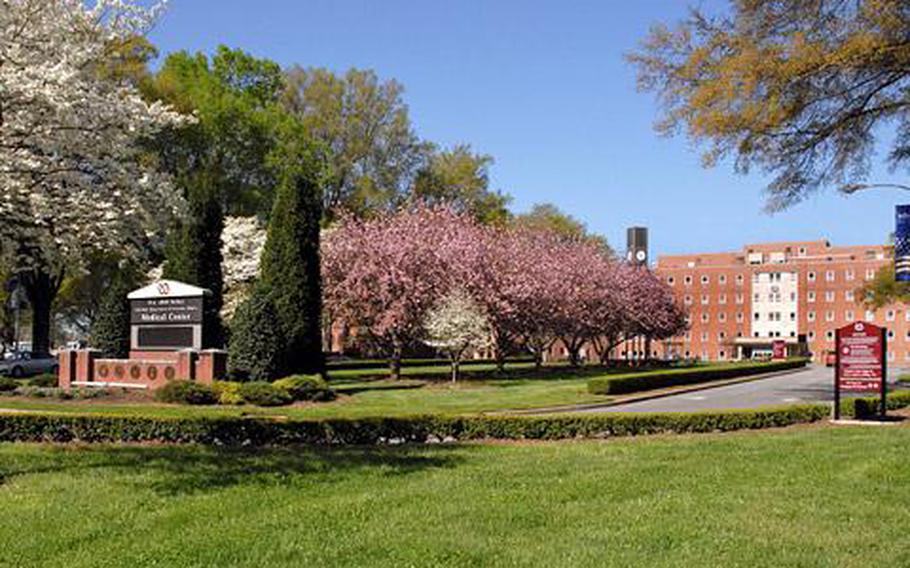 A photo from the VA inspector general's report shows the daVinci© Xi system at the W.G. (Bill) Hefner VA Medical Center in Salisbury, N.C. The IG said staff did not follow policies for authorizing the purchase of the system. (VA inspector general)

WASHINGTON – A Department of Veterans Affairs hospital in North Carolina spent $2.3 million on a surgical robot without approval, a federal watchdog reported Wednesday.

The VA Office of Inspector General found that staff at the W.G. (Bill) Hefner VA Medical Center in Salisbury, N.C., bought the robotic surgical system using leftover funds at the end of fiscal year 2017 before receiving approval from regional and national leaders, as policy requires. Because of the lack of planning, the system sat inactivated for five months while the hospital prepared the site where it would be used.

The inspector general’s office blamed an “ineffective capital investment review process” and “weak internal controls” in the region of the VA that extends across the mid-Atlantic states. The IG asked region leadership to remind staff of the approval process for equipment costing more than $1 million.

According to VA policy, biomedical engineers must submit applications for expensive equipment to the Healthcare Technology Management office. That office then makes a recommendation to the VA assistant deputy undersecretary for health, who gives final approval.

“In this instance, the Salisbury VA requested almost immediate delivery of equipment without adequately assessing and completing site preparation requirements,” the inspector general’s office wrote. “The delay… wasted almost five months of the one-year warranty included in the purchase price.”