No injuries reported after construction fire at Osan Air Base 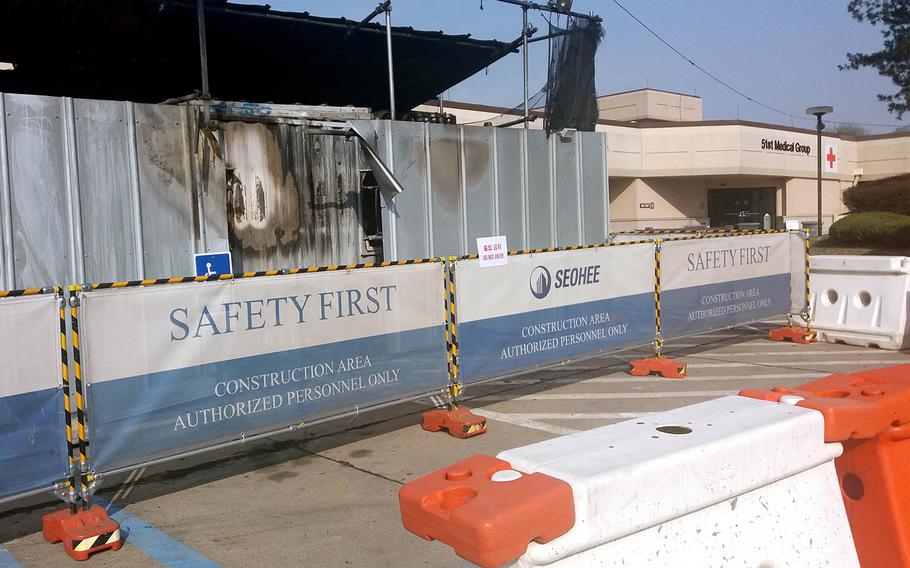 Buy Photo
A small fire broke out near the hospital at Osan Air Base, South Korea, Monday, April 9, 2018. (Marcus Fichtl/Stars and Stripes)

OSAN AIR BASE, South Korea — No injuries were reported after a blaze broke out Monday at the home of the 7th Air Force in South Korea.

The fire began at about 8 a.m. at a hospital-expansion construction site and was contained within an hour, said 51st Fighter Wing spokesman Tech Sgt. Benjamin Wiseman.

Local residents reported hearing a loud noise when the fire started at the base, which is about 30 miles south of Seoul. Services on the main road next to the hospital were temporarily halted. The 51st Medical Group ended a temporary evacuation at 10 a.m., according to its Facebook page.

Wiseman said the cause of the fire is under investigation.