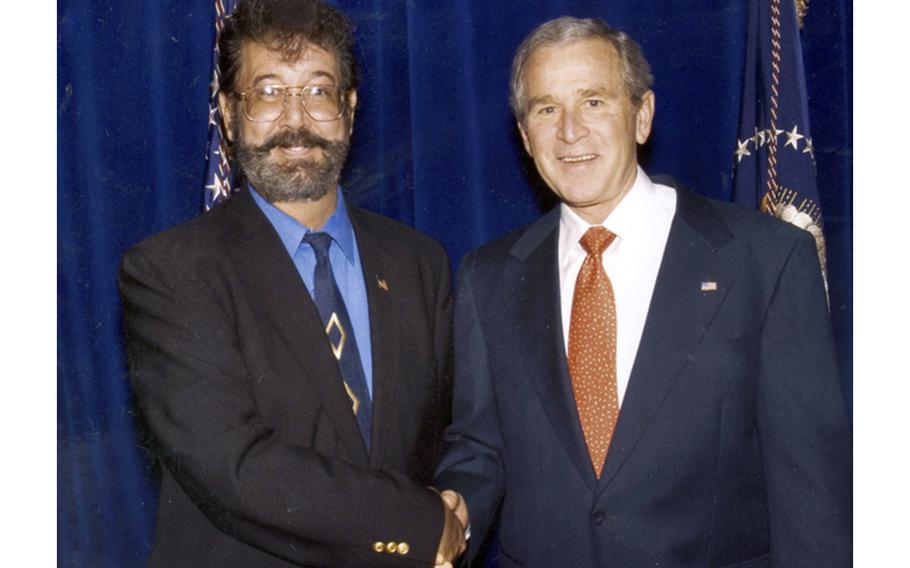 He called himself Bobby Charles Thompson and gave himself the rank of lieutenant commander as he headed a nationwide nonprofit for U.S. Navy veterans.

Donations solicited by telemarketers poured in to his U.S. Navy Veterans Association from around the country -- largely individual gifts under $50 -- piling up tens of millions of dollars intended for veterans' needs and other military causes.

Thompson and NAVPAC, his political action committee, gave lavishly to more than 50 candidates in 16 states -- most of them Republicans, records show -- and the generosity was rewarded with some high-level entree, at least for photo opportunities. President George W. Bush and his adviser, Karl Rove, were among those who posing with Thompson in photographs that show him smiling broadly through an unkempt black beard and mustache.

But authorities say veterans got precious little of Thompson's largesse and that he was a fraud, operating a bogus charity from a seedy Tampa-area duplex with a stolen identity, scamming hundreds of thousands of donors in 30 states out of at least $20 million.

&bull; Read the full AP story about the fugitive fundraiser.