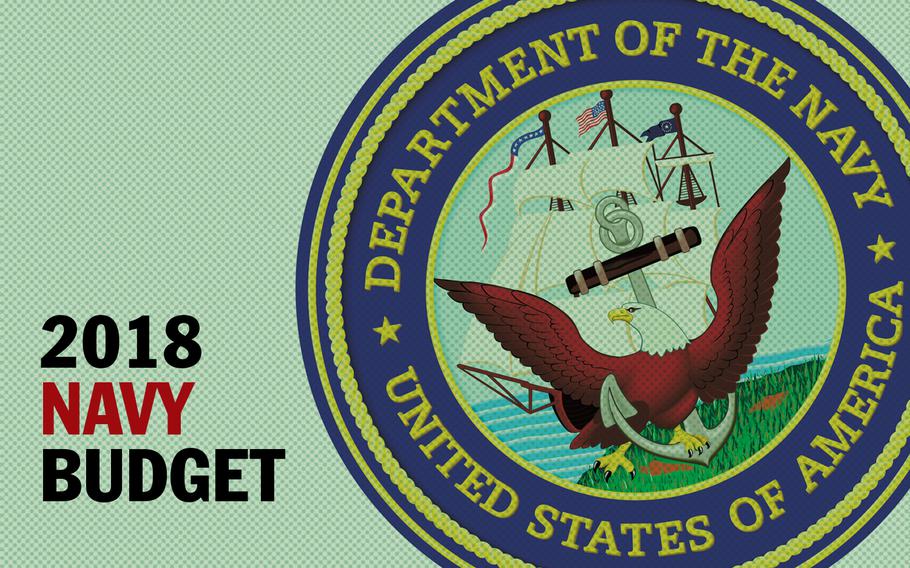 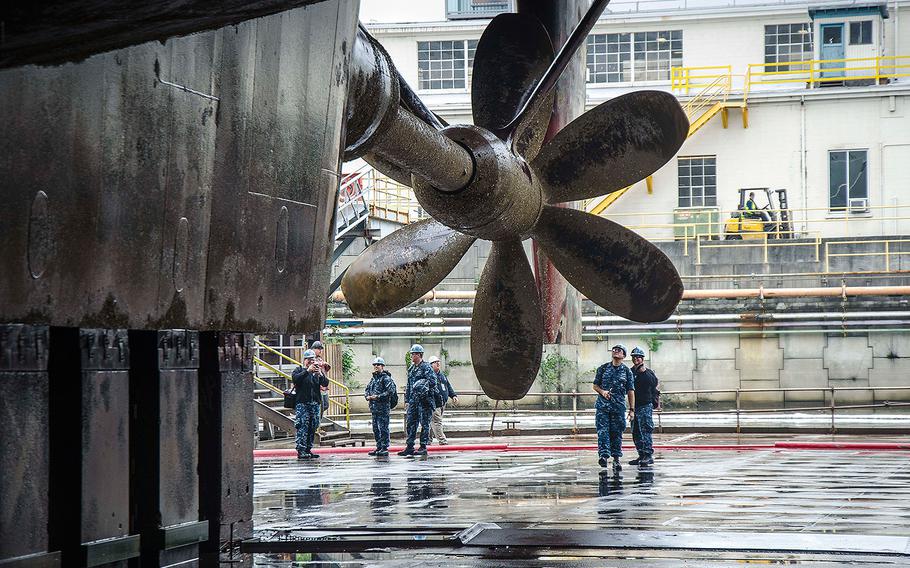 Sailors assigned to the submarine tender USS Frank Cable see their ship's propeller for the first time, as it drains in dry-dock in Portland, Oregon on May 2, 2017. The Frank Cable is in Oregon for scheduled dry-dock phase maintenance. (Alana Langdon/U.S. Navy) 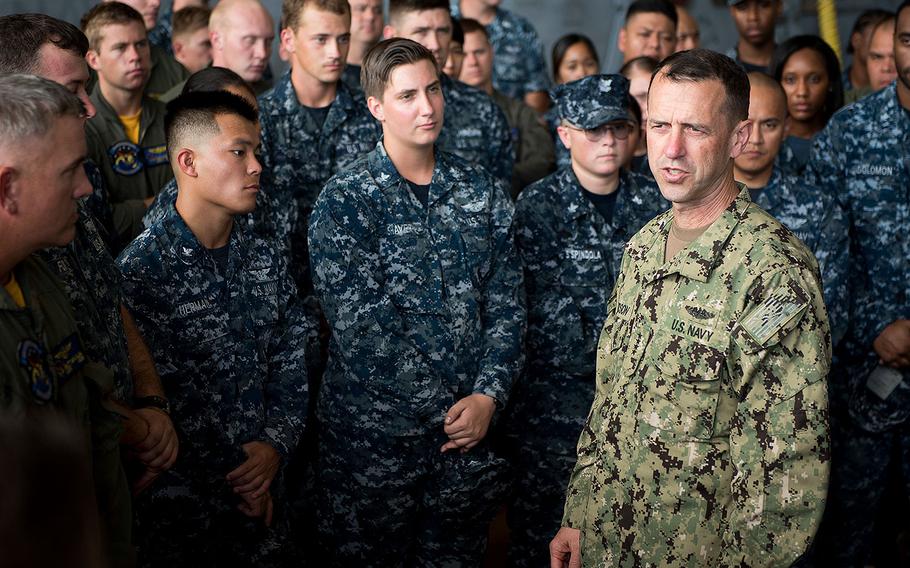 WASHINGTON — With a presidential budget request that seeks to restore naval readiness, Chief of Naval Operations Adm. John Richardson said Wednesday that he is “hopeful” the Navy is heading in the right direction after a long stretch of wear on its ships, aircraft and sailors.

In testimony about the proposed fiscal year 2018 budget at the Senate Appropriations Subcommittee on Defense, Richardson and acting Navy Secretary Sean Stackley said budget cuts and congressional stalemates have led to unpredictable patchwork funding and eaten away at the Navy’s ability to maintain its fleet and train its sailors.

It has led to a sense of disillusionment in the deployed fleet and a sense that those in Washington “just don’t get it,” Richardson said.

“I tell them to be hopeful and optimistic,” he said. “We are on the road to restoring wholeness and increasing naval power now and in the future.”

The Navy budget includes funding for a steady pace of procurement, proposing eight new ships and dozens of new aircraft.

With operations and maintenance funds jumping to a proposed $54.5 billion — up from $46.9 billion from 2017 — Navy officials say 2018 is the year to catch up on readiness while continuing to fund modernization of Naval forces.

“While building readiness is the priority in 2018, building the size of the Navy and the Marine Corps in the capacity that our nation needs will be the priority in the upcoming defense strategic review” by the defense secretary, Stackley said.

Another notable increase in the Navy budget was for personnel. The addition would bring Navy end strength to 327,900. Some of the increased personnel will be active duty, and the rest will go toward boosting Reserve forces in cyberwarfare, unmanned aerial systems and shipyard maintenance.

Stackley stressed the need for the Navy to maintain civilian shipyards that build small surface combatant ships as it considers an improved design for a new frigate. He said that the Navy’s procurement of a littoral combat ship this year and three in 2017 – even as the service seeks to stop production of that line – will ensure there is no production gap at the two shipyards in order to foster “healthy competition” when the Navy sends the new frigate design out for bid.

Richardson said that while the Navy would like to put more money into expanding the fleet, the first goal has to be keeping the current fleet healthy.

“Make no mistake, if I can’t repair a ship that is already bought and paid for to get back to sea, we forfeit the good hard work of our predecessors, and the effect is the same as not buying a ship,” he said. “It ends up being one less ship at sea today. It is a stark illustration of the importance of wholeness.”

The proposed budget does not include a five-year plan, Navy officials said. Instead, it focuses on the current year, while Defense Secretary Jim Mattis conducts a review with results expected at the end of summer.