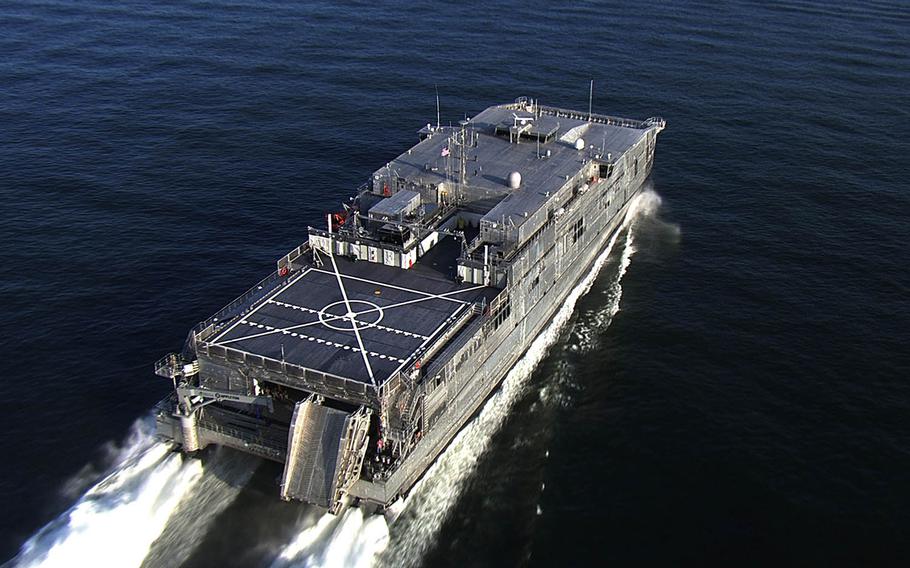 The Navy is joining allied and partner nations for the 12th Pacific Partnership mission, which started March 1, 2017. (Courtesy of the U.S. Navy)

The Navy is joining several allies in offering humanitarian assistance in South Asia and the Western Pacific during the 12th-annual Pacific Partnership mission.

The mission includes about 200 military and civilian personnel embarked aboard the USNS Fall River, an expeditionary fast transport ship led by the deputy commander and staff of Coastal Riverine Group 1. The ship will include workers from the U.S., Australia, Japan, South Korea and the United Kingdom.

Pacific Partnership began in response to the 2004 tsunami that devastated parts of Southeast Asia. It has since turned into an exercise emphasizing partnerships and civil-military exchanges in the region.

The stop in Vietnam is the fourth consecutive mission for the humanitarian program, “underscoring the deepening relationship” between Vietnam and the U.S., the statement said.

The Sri Lankan leg is the first Pacific Partnership mission within South Asia, the statement said. Sri Lanka lies along one of the world’s busiest shipping routes, plied by vessels headed from the Middle East to Asia via the Straits of Malacca.

The U.S. has taken an increasing interest in Indian Ocean operations, with Pacific Command chief Adm. Harry Harris noting during a January speech in New Delhi that the Navy and India were sharing surveillance information on Chinese subs patrolling the region.

China has offered Sri Lanka substantial loans in recent years amid greater use of its ports. A plan that would give China an 80 percent ownership stake in Hambantota port — near the site of some Pacific Partnership projects — has been protested over fears of Sri Lanka losing autonomy, according to a recent Forbes report.