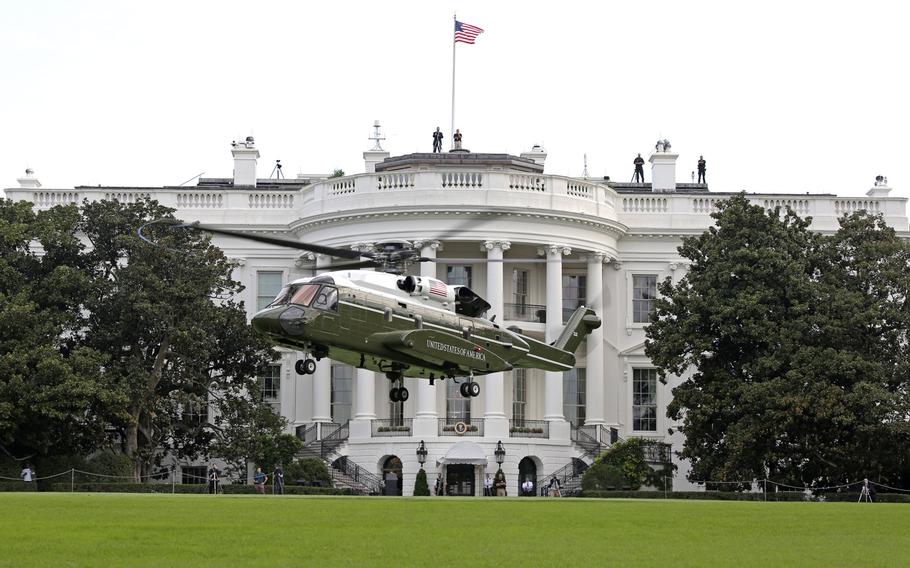 Marine Helicopter Squadron One runs test flights of the new VH-92A over the south lawn of the White House in September 2018, in Washington D.C. (Hunter Helis/U.S. Marine Corps)

The White House will get its first new helicopters in decades.

The Navy awarded Sikorsky Aircraft Corp. a $542 million contract to deliver six VH-92A helicopters by 2021 as the first phase in replacing the aging presidential fleet of 19 helicopters.

Sikorsky, a Lockheed Martin subsidiary, will build a total of 23 helicopters by 2023 to ferry the president, vice president and other heads of state, according to a statement Monday.

Each helicopter is referred to as Marine One while carrying the president. Dubbed “white tops,” they are flown by pilots in Marine Helicopter Squadron One.

The Navy awarded Sikorsky an initial $1.24 billion contract in 2014 for six test choppers. The company has built presidential helicopters since the Eisenhower administration.

Lockheed Martin won the original contract to replace the fleet in the early 2000s, but by 2009 the estimated cost had doubled to $13.5 billion, prompting the Navy to cancel the project after spending $3 billion, the Hartford Courant reported.

In 2010, Sikorsky teamed up with Lockheed, its former rival, to develop a military version of Sikorsky’s medium-sized civilian helicopter used for search and rescue and offshore oil and gas exploration, according to the Courant. Lockheed bought Sikorsky for $9 billion in November 2015.