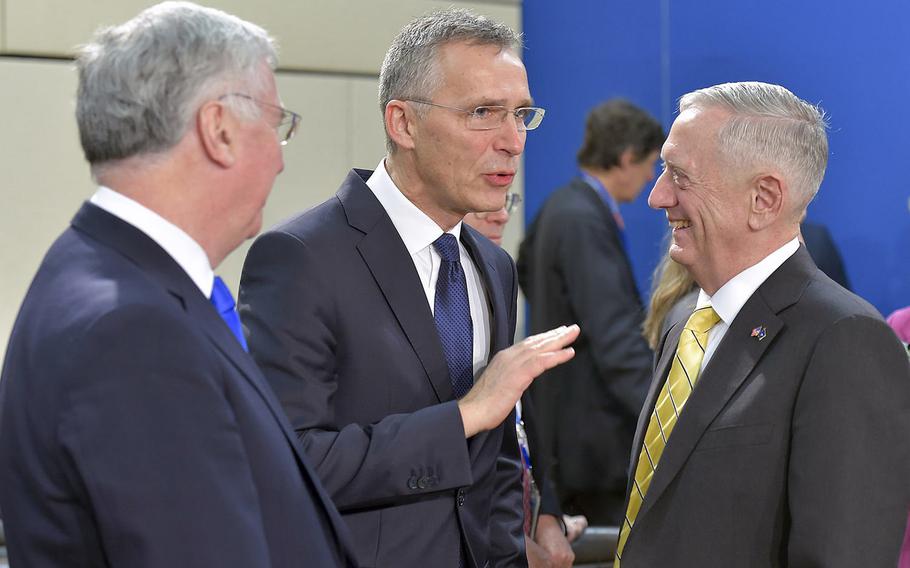 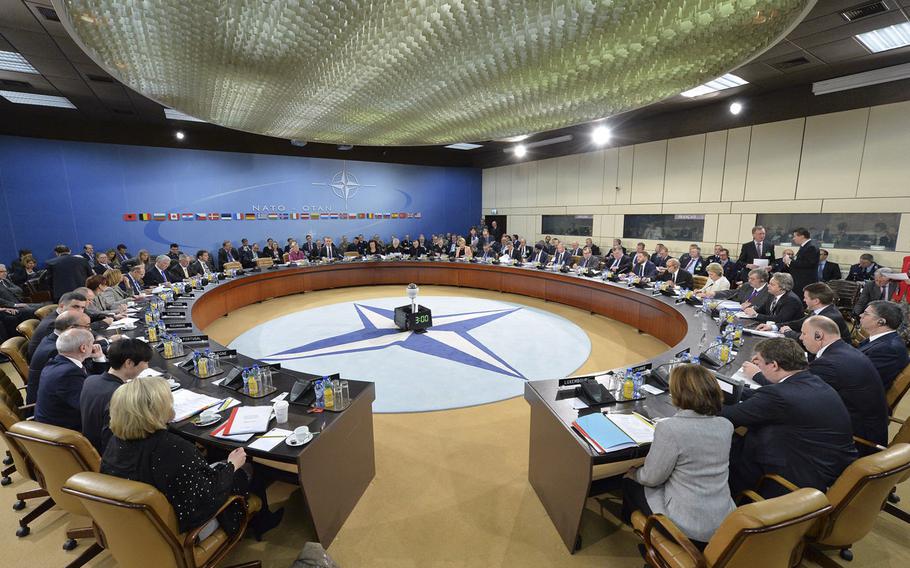 BRUSSELS — NATO agreed on Thursday to bolster its presence in the Black Sea in the latest expansion of alliance forces across a strategic region where allies have steadily added ground forces and air power, Secretary-General Jens Stoltenberg said.

The sharper focus on the Black Sea is aimed at improving situational awareness and conducting more robust training operations, he said. It comes as NATO is reinforcing its position in the Baltics and Poland.

“We will not match Russia soldier for soldier, tank for tank or plane for plane,” Stoltenberg told reporters during a meeting of defense ministers in Brussels. “Our aim is to prevent conflict, not provoke it.”

NATO now is in the midst of deploying four multinational battle groups in its Baltic member states — Poland, Estonia, Lithuania and Latvia — where each unit will serve as a combat-ready deterrent force.

U.S. Defense Secretary Jim Mattis ruled out for now a military partnership with Russia in Syria, where the U.S. is leading a coalition in the fight against the Islamic State group.

“We are not in a position to collaborate now on a military level,” Mattis said during a news conference in Brussels.

On Thursday, Russian President Vladimir Putin suggested the U.S. and Russia should work more closely in Syria. President Donald Trump also has said he hopes the two longtime adversaries can find common ground in the battle against terrorism.

Also on Thursday, allies approved an updated cyberdefense plan and established a road map to implement the cyber realm as a formal operational domain for NATO complete with “rapid reaction” teams that will help allies better defense against an array of unconventional hybrid attacks.

In 2016, NATO experienced an average of 500 cyber intrusions per month, an increase of 60 percent over the previous year, NATO said.

The decisions Thursday came one day after Mattis issued an ultimatum to NATO members, warning that the U.S. could “moderate” its support for the pace if members failed to increase their defense expenditures. Mattis’ statement stopped short of naming the consequences if allies failed to meet their obligations.

The U.S. has upped its support for its European allies in the wake of Russia’s 2014 intervention in Ukraine, which prompted a series of measures designed to buttress defenses along NATO’s eastern flank. Washington’s $3.4 billion European Reassurance Initiative has sent a brigade of armored soldiers to Europe, along with tanks, combat aviation troops and other measures designed to send a signal of deterrence to Russia.

While Moscow says it has no designs on NATO territory, some member states say Russia is unpredictable, aggressive and must be countered.

“No longer can the American taxpayer carry a disproportionate share of the defense of Western values. Americans cannot care more for your children’s future security than you do,” Mattis told defense ministers on Wednesday.

The defense minister of Britain — one of only five states that meet the NATO defense spending benchmark of 2 percent of gross domestic product — echoed Mattis’ concerns.

“NATO has been a guarantee of mutual security for more than half a century,” Defense Minister Michael Fallon said. “Britain is now calling for our partners to step up and share burdens on spending and help it become more agile in dealing with new threats including cyber and terrorism.”

While Stoltenberg declined to speculate on the ramifications if member nations fell short on defense spending, he insisted America’s commitment to NATO’s Article 5 — that an attack on one member requires a collective response from all — was ironclad.

“Article 5 is unconditional,” he said.

Stoltenberg said NATO members took Mattis’ words to heart and are prepared to spend more, continuing a recent trend by most alliance members that have have gradually increased expenditures.