For the fan with deeper pockets, some rare and interesting pieces based on H.R. Giger's works can be purchased in the gift shop. (Aaron Knowles/Stars and Stripes)

For the fan with deeper pockets, some rare and interesting pieces based on H.R. Giger's works can be purchased in the gift shop. (Aaron Knowles/Stars and Stripes) The Giger cafe, located next door to the museum, is equally magnificent for the science fiction fan. The entire cafe is decorated to match H.R. Giger's art and style. (Aaron Knowles/Stars and Stripes) 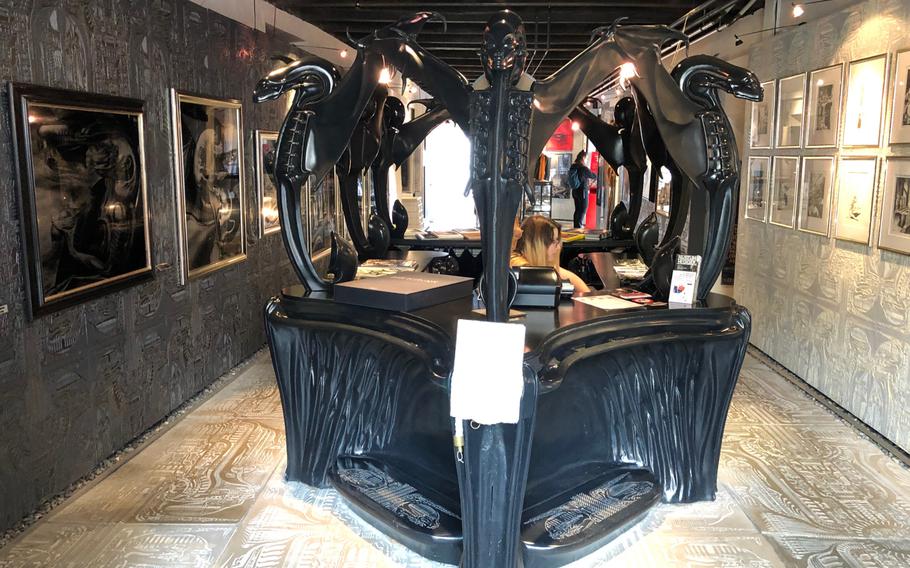 The entrance to the H.R. Giger museum is decorated with figures and art depicting his famous Xenomorph creature. (Aaron Knowles/Stars and Stripes) 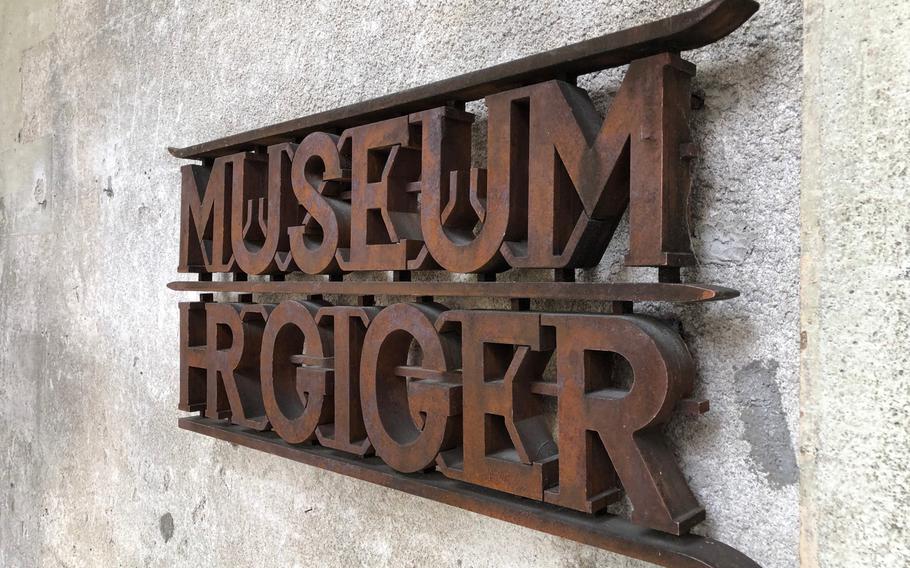 Opened in 1998, the H.R. Giger museum is said to have the largest collection of his work and personal pieces. Giger was known for his biomechanical depictions and his help in creating the Xenomorph creatures from the ''Alien'' movie series. (Aaron Knowles/Stars and Stripes)

Tucked away in the sleepy town of Gruyeres, Switzerland, is a museum that should be on the map of sci-fi nerds and anyone fascinated by things that frighten.

The H.R. Giger museum houses the “largest and most impressive collection” of the works and collections of Swiss artist Hans Ruedi Giger.

Best known for creating the Xenomorph monster in the 1979 movie “Alien,” Giger also did the cover of Emerson, Lake and Palmer’s 1973 album “Brain Salad Surgery,” and contributed designs to “Poltergeist II” (1986), “Species” (1995) and “Batman Forever” (1995). Salvador Dali said he was influenced by the Swiss artist, who died five years ago.

If you do make it to Gruyeres, which is about 73 miles northeast of Geneva, around the lake and inland, be warned: The art on display at the H.R. Giger museum is not for the faint of heart.

Many of the H.R. Giger museum pieces depict a combination of the female reproductive system and mechanical contraptions. On the second floor of the museum, which is housed in a medieval chateau, a sign warns visitors that they’re about to see some very graphic images and should think twice before entering.

The current exhibit, titled “40 Years of Alien: HR Giger Behind the Scenes,” and which runs through November, might be easier on the eye. It presents museum-goers with “rare and exclusive photographs taken at Shepperton Studios and H.R. Giger’s studio” when the artist was working on Ridley Scott’s sci-fi classic. Many of the most popular works in the museum — pieces of furniture, suits and figurines — are linked to the Alien franchise.

When you’re done looking at the exhibits, walk next door to the Giger Cafe and drink in the fantastic design of the building from a chair that looks like a backbone as you sip pale ale or dark coffee. Everything — from the tables, walls, even the menu in the cafe — is inspired by Giger’s art.

For those who delight in scaring themselves, and for die-hard fans of “Alien,” the museum comes highly recommended. Just be cautious if you have children. Giger was not known for his whimsicality and has said much of his art was inspired by the nightmares he had as a kid.

FOOD: The Giger Bar next door to the museum offers the usual forms of sustenance in a highly unusual setting.