Museums hold all the Kaiserslautern history you could want 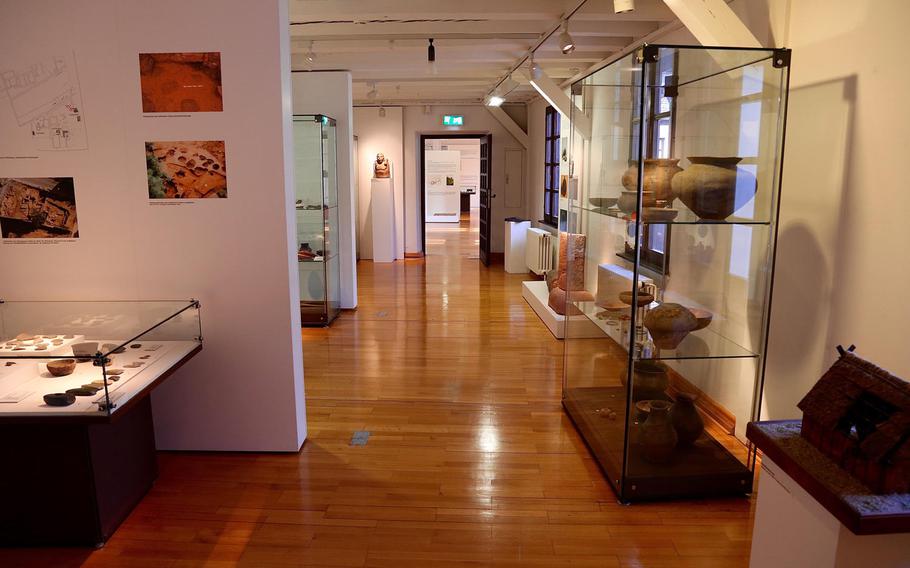 Buy Photo
Late Stone Age pottery on exhibition in the Theodor-Zink-Museum in Kaiserslautern, Germany. The pottery was excavated from a Stone Age settlement under what is now the Pfalzheater. (Will Morris/Stars and Stripes)

Buy Photo
Late Stone Age pottery on exhibition in the Theodor-Zink-Museum in Kaiserslautern, Germany. The pottery was excavated from a Stone Age settlement under what is now the Pfalzheater. (Will Morris/Stars and Stripes) 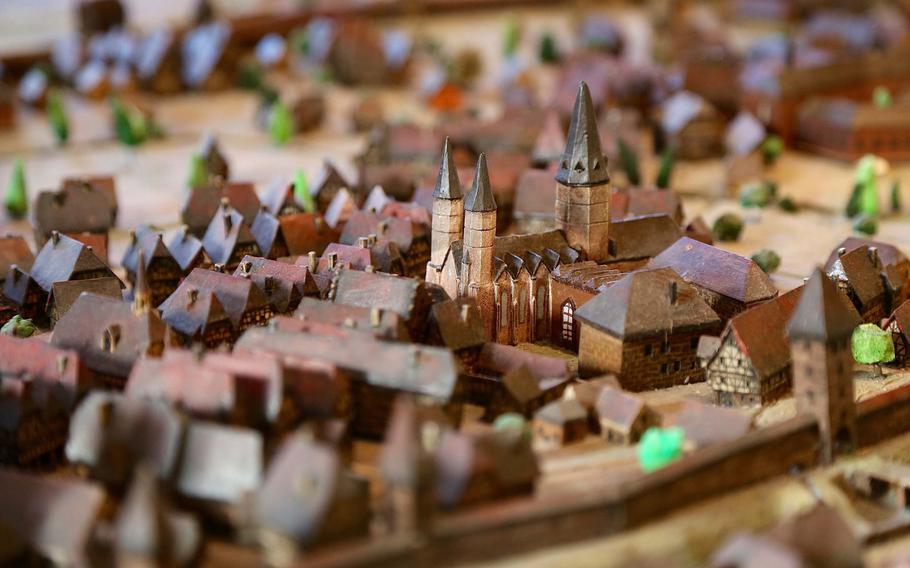 Buy Photo
Kaiserslautern, Germany's Collegiate Church as depicted in a diorama in the Theodor-Zink-Museum. Originally established by an order of Catholic monks, the church is now used by a Protestant congregation. (Will Morris/Stars and Stripes) 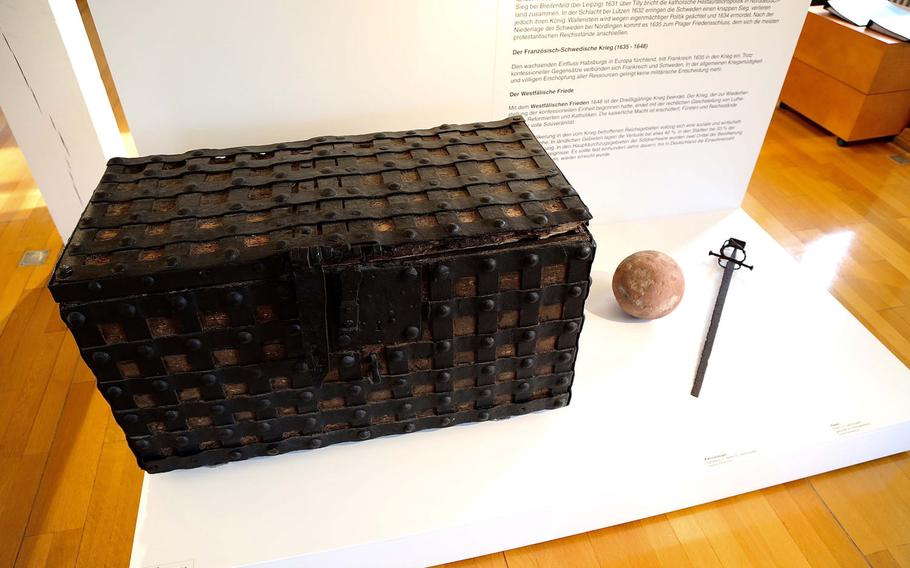 Buy Photo
A chest, stone canon ball and sword on display in at the Theodor-Zink-Museum in Kaiserslautern, Germany. The chests were used to safeguard valuables and important deeds during fires and in times of war. The city has been destroyed and rebuilt no fewer than three times since the Middle Ages. (Will Morris/Stars and Stripes) 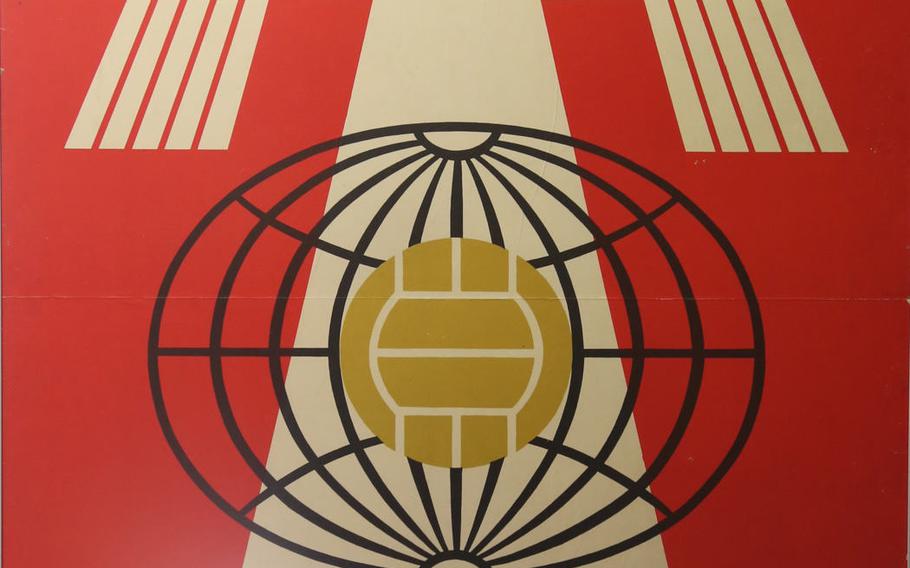 If you are new to Kaiserslautern, have an interest in history and want to know more about the area, a trip to the Stadtmuseum Kaiserslautern is great way to while away an afternoon.

The Stadtmuseum Kaiserslautern comprises two small museums that face each other on Steinstrasse in the city center: the Theodor-Zink-Museum, which used to be an inn and carriage house in the 1800s, and the Wadgasserhof, a building constructed by monks during the Middle Ages.

While the Theodor-Zink-Museum tracks the evolution of Kaiserslautern from a Stone Age settlement on the banks of the Lauter River to a teeming postwar city, the Wadgasserhof houses exhibits on the Protestant Reformation and noted German composer Ludwig van Beethoven.

Tracing how cities evolve can be fascinating. Most of what made K-town what it is today can be traced back to the Middle Ages, and the Theodor-Zink-Museum offers ample evidence of how the modern city’s landmarks — its churches, playgrounds, green spaces and municipal buildings — came to be.

There is a diorama depicting Kaiserslautern in the 1600s, including a model of the Imperial Palace built by Holy Roman Emperor Frederick Barbarossa in 1152. It is interesting to compare the model of the palace and the castle on top of it with the ruins you can find at the main bus station across from the intersection of Burgstrasse and Schneiderstrasse.

Rather than exploring the many wars that have engulfed this region, the Theodor-Zink-Museum seems to focusfocuses on periods of growth, such as Barbarossa’s time and the Industrial Revolution, when Kaiserslautern became a major manufacturer of sewing machines, bicycles and other goods. There also are exhibits on the German democracy movements of the 1800s and Kaiserslautern’s role in them. Each exhibition room in the Theodor-Zink-Museum has a notebook that describes in English in English, describing each item on display.

Wadgasserhof’s treasure is its special exhibit on the Reformation. It contains original pamphlets distributed by Martin Luther, a copy of an indulgence issued by the Vatican and different translations of the Bible used in the 1500s. Also on display is a square-tipped executioner’s sword. I was assured by a really nice museum employee that the sword had indeed been used — but only on criminals.

If you want to understand Kaiserslautern’s history and how it became what it is today, the Stadtmuseum Kaiserslautern is a good place to start.

Stadtmuseum KaiserslauternAddress: Steinstrasse 48, 67657, Kaiserslautern, Germany Parking is available three blocks down on the left at the Wadgasserhof. Other parking is at the lot near the K-in-Lautern and the Pfalztheater.

Food: There are several restaurants nearby.