Museum tells of Clara Barton's work during the Civil War 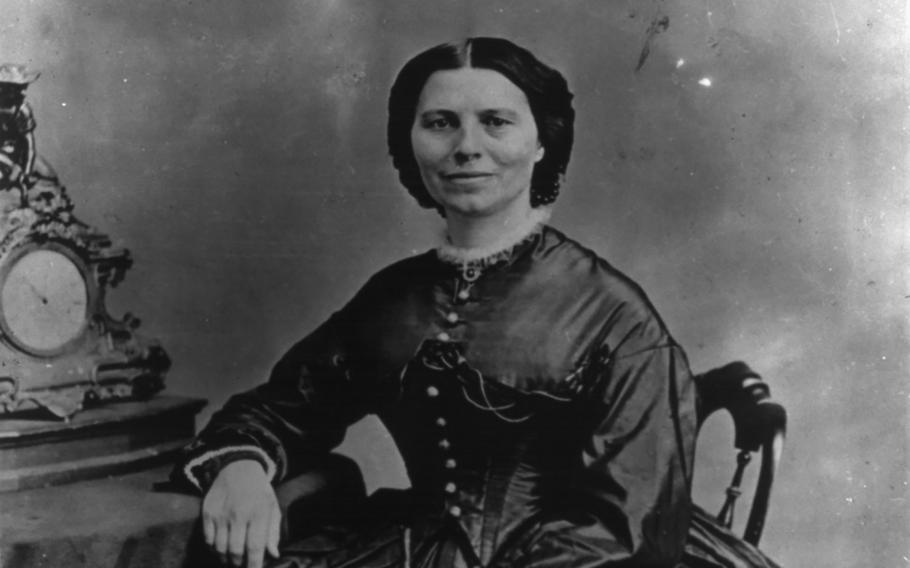 WASHINGTON — Early in 1865, after working on battlefields and hospitals during the Civil War, Clara Barton learned there were families of missing Union soldiers who did not know their relatives' fates.

She received approval from President Abraham Lincoln in March 1865 to try to track down soldiers who had disappeared during the conflict. She opened an office on the third floor of her boarding house in Washington and was soon flooded with thousands of letters from relatives looking for information, according to the Clara Barton Missing Soldiers Office Museum, which is located in that old space.

Barton closed the office in 1868 after revealing the whereabouts of more than 22,000 missing soldiers. Her work in that office, according to the museum, put her on a path toward becoming the nation's "foremost humanitarian" and founder of the American Red Cross.

If you goClara Barton Missing Soldiers Office Museum Address: 437 7th Street NW, Washington, D.C. Hours: Thursday, Friday and Saturday, 11 a.m. to 6 p.m. or by appointment Monday through Wednesday Admission: $9.50 for adults, $8.50 for seniors (60+) or military with ID, $7 for students and children under age 9 are freeWebsite:http://www.clarabartonmuseum.org/