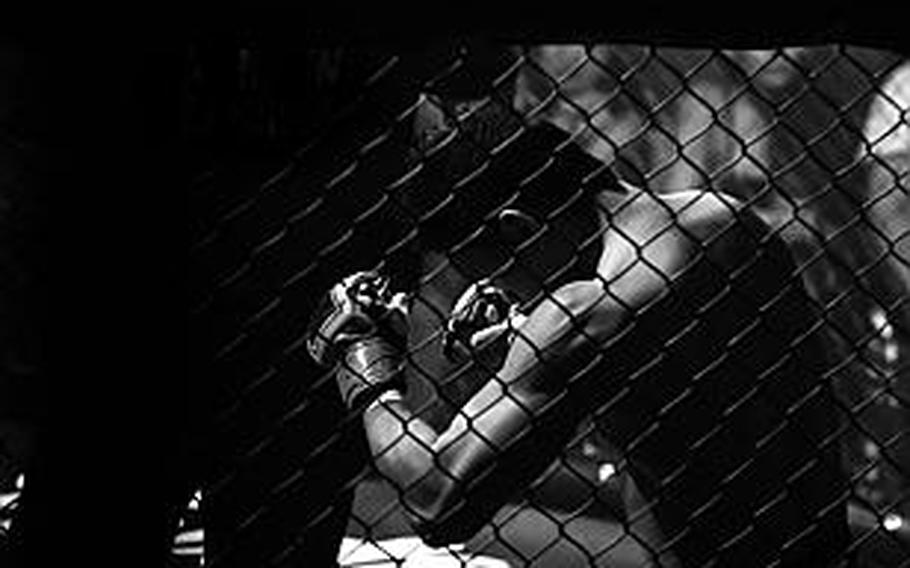 Other stops include Naval Station Rota in Spain on Friday, Naval Air Station Sigonella in Italy on Sunday, Camp MK in Romania on Aug. 15 and Aviano Air Base in Italy on Aug. 17.

The fighters are scheduled to demonstrate their skills and meet with community members at gyms, exchanges and dining facilities.

Henderson, 33, from Colorado Springs, Colo., competes for Bellator MMA after formerly fighting at lightweight in UFC competition. Maynard, 38, from Phoenix, competes at lightweight and sports a 14-7-1 UFC record.