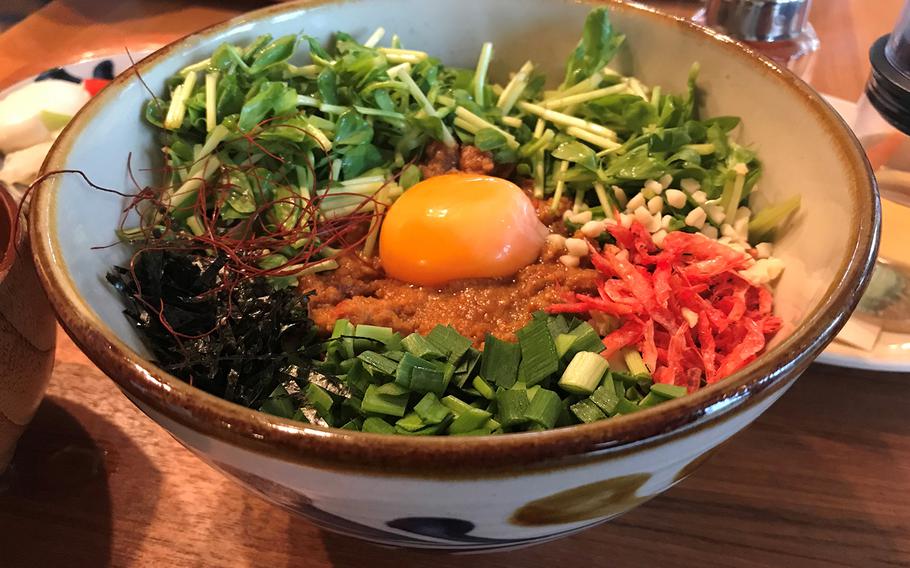 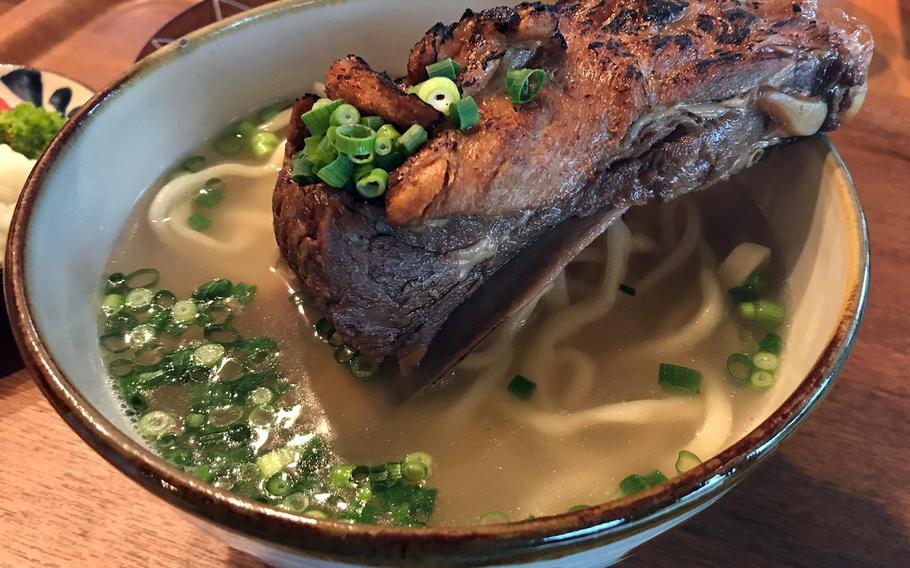 If you’ve ever visited Okinawa, you’ve probably heard the song “Shima Uta,” or “Island Song,” by the Japanese band The Boom.

Since its release in 1992, the song has become synonymous with the tropical Japanese prefecture, and its trademark sanshin licks can be heard everywhere from tourist attractions to festivals and karaoke parlors.

But “Shima Uta” singer and songwriter Kazufumi Miyazawa isn’t from Okinawa at all; he hails from Yamanashi prefecture, southwest of Tokyo.

The ballad tells the story of a man and a woman separated by fighting in World War II. Miyazawa supposedly wrote it after he visited the island and talked with the war’s aging survivors.

As the song became a hit across Japan and the world (a cover version won the equivalent of an Argentine Grammy in 2002), Okinawans embraced Miyazawa as their own. He opened Miyanchi Studio & Coffee in 2012. Miyanchi translates to Miya’s Place.

Miyanchi, tucked away in the rolling hills of Okinawa City, is a hidden gem despite the owner’s obvious cachet. Miyazawa spared no expense with the restaurant.

What strikes you first is how the building still looks new. The Ryukyu limestone exterior walls must have cost a fortune; a fresh Okinawan tiled roof rests atop exquisite post and beam; beneath it are rustic wood tables, modern chairs and small touches, down to personalized pottery with little musical notes. Miyanchi is truly a bona fide rock star’s dream.

Inside, Miyazawa left subtle hints as to his ownership. Two of his guitars hang on the walls along with some of his awards, including a proclamation from the Okinawan prefectural government. The cafe also sells The Boom CDs and merchandise.

It’s a shrine to what Miyazawa loves about Okinawa: the culture, the architecture, the music and, most importantly, the food.

Miyanchi specializes in Okinawan soba and Miyazawa made sure not to disappoint, offering a variety with both local and international flair. An authentic Okinawan soba with noodles, local pork and seaweed sells for 900 yen, or about $8.49. You can request more noodles for an additional 160 yen.

You can also try Ishigaki Island-style kara soba, which is a dry soba with no broth. The two types of dry soba available are a Japanese fish base, sprouts, scallions and fish flakes for 1,000 yen and a Thai green curry for 900 yen.

Again, more noodles are available for an additional 160 yen. The dry soba comes as a set with several small side dishes.

In early March, Miyanchi was running a soki soba special, or grilled pork spareribs, for 1,100 yen. Noodles, scallions and broth came steaming in a large pottery bowl, topped with a massive hunk of rib meat expertly cooked with grill marks on the outside, yet tender and juicy on the inside.

The soba was delicious and filling, but the ribs were the star of the show. The meat, which literally fell off the bone, was lightly infused with a sweet sauce, most closely resembling teriyaki; it retained a hint of flavor even after being submerged for some time in the broth. The ribs were perfect, if such a word can be used to describe cuisine.

Even better than the soki soba was the Taiwanese-style soba for 900 yen. It came with an array of vegetables and spicy pork, topped with a raw egg. When mixed all together it was an explosion of flavor, bound by the broken yolk, where each bite included each ingredient, noodles, meat, spice.

Customers can also request more noodles or substitute konjac noodles, which are zero calories and made from potatoes, each for an additional 160 yen.

Miyanchi also offers a variety of skillets ranging from 900 yen to 1,410 yen.

Customers can add drinks to their meals for 210 yen, a drink and a small dessert for 310 yen, and a drink and a piece of the day’s cake for 550 yen.

For drinks, Miyanchi serves a lovely cup of coffee, herbal teas, sodas and fruit smoothies for between 410 and 550 yen.

It also offers a wide array of desserts, including pastries, which it sells to take out along with its coffee beans. To beat that vicious Okinawa summer heat, the cafe sells shaved ice topped with pineapple, mango and passion fruit or sweet bean and brown sugar for 550 yen.

Miyanchi is a true rock star’s cafe, with the best of everything: spectacular facilities, the highest-quality ingredients, delicious food, and even visits and advertised performances in the garden by Miyazawa and other traveling Japanese acts. Much like “Island Song,” it is an Okinawa love story that conveys the true beauty of Okinawan culture.

Directions: On Route 329, between Camp Foster and Kadena Air Base. Head south on Route 329 from Kadena. Take a right at the light just before the Ninomiya Tire Service shop. Then take your second right by the Okinawa Covenant Church. Stay left at the fork to find the restaurant.