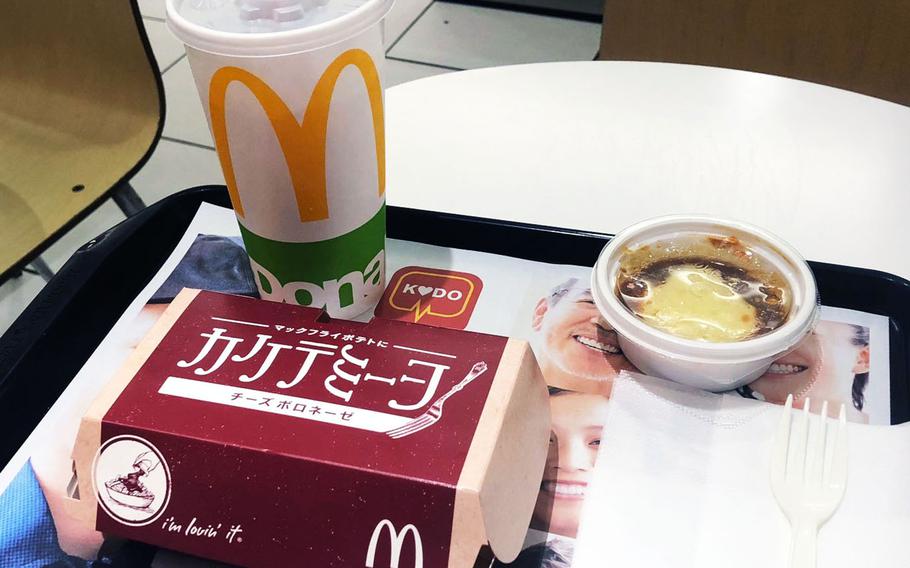 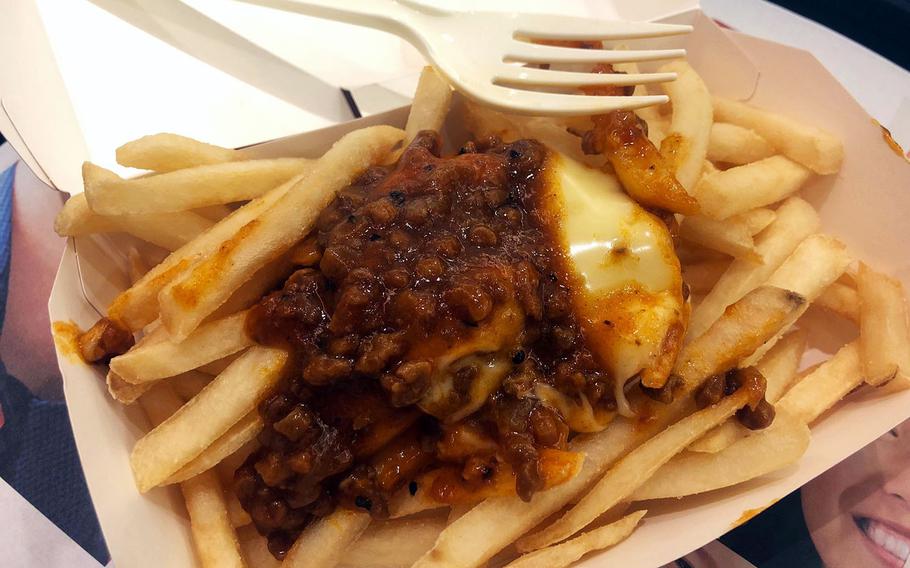 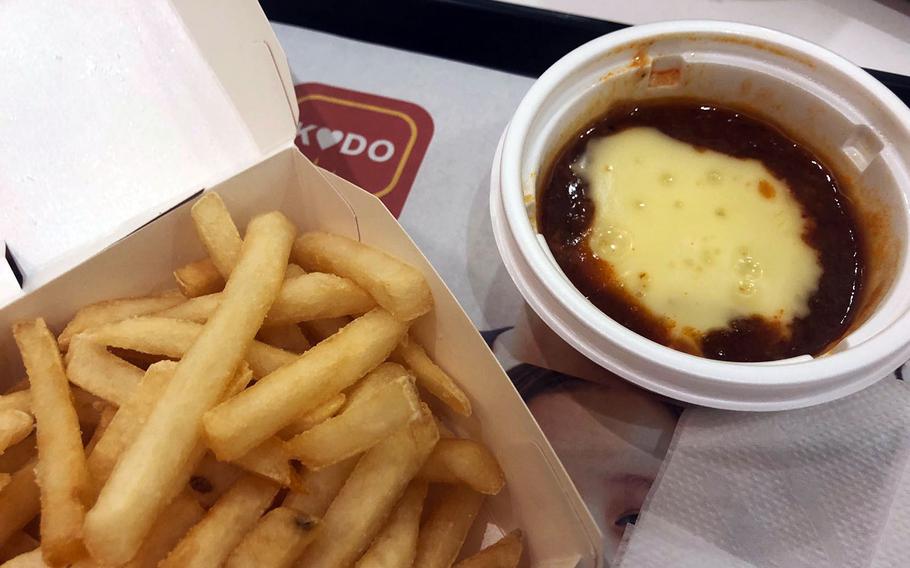 Buy Photo
The new cheese Bolognese french fries at McDonald's Japan cost 390 yen are available only through the end of March. (Caitlin Doornbos/Stars and Stripes)

While combining meaty spaghetti sauce with the fast-food chain’s famous golden fries might sound bizarre, the mix tasted familiar. It’s not that far off from chili-cheese fries — only a little sweeter and without the beans.

The meal costs 390 yen (about $3.70) — or 490 yen with a drink — and is presented in a small box with the Bolognese sauce and white cheddar cheese served separately in a ramekin. This gives you the choice of dipping your fries into the Italian sauce or pouring it over the golden-fried goodness like advertisements show.

If you’re a french fry purist like my grandpa, who famously refused even ketchup because it “ruined that great potatoey flavor,” this dish probably isn’t for you. The sauce contains tomatoes, caramelized onions, garlic, pepper and minced beef and pork in addition to the glob of melted cheese on top.

The tomatoes stood out distinctly on my palate, but it was not too disrupting as it seemed to replace the flavor of ketchup I typically put on my fries.

The protein from the beef, pork and cheese in the Bolognese sauce helped make the dish filling, but you might still want to order a hamburger on the side. The portion is small by American standards, but right in line with what you would expect from a Japan-based restaurant.

If you want to try the fries, head to an off-base McDonald’s in Japan before the end of March. They are available only for a limited time.