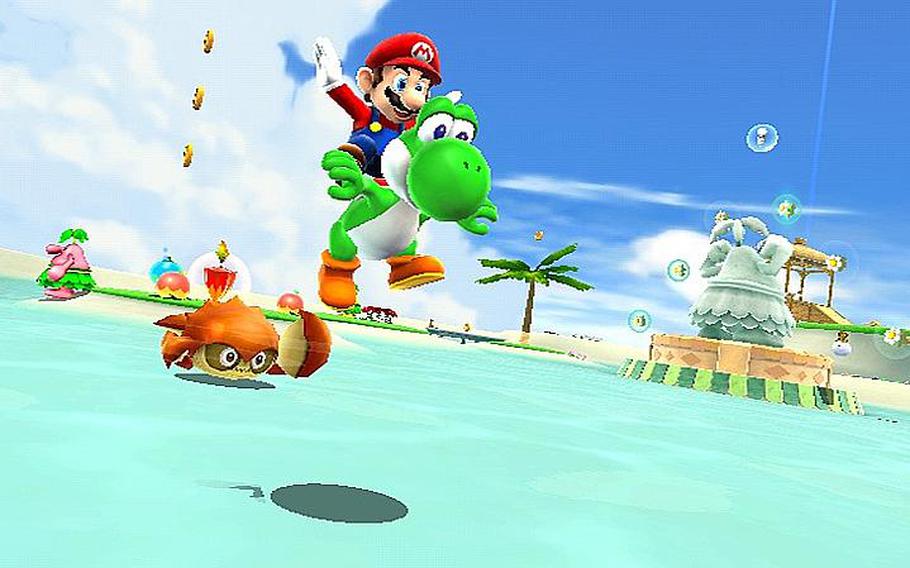 Mario and Yoshi bound across a planet’s surface in “Super Mario Galaxy 2.” (Nintendo)

Mario and Yoshi bound across a planet’s surface in “Super Mario Galaxy 2.” (Nintendo) 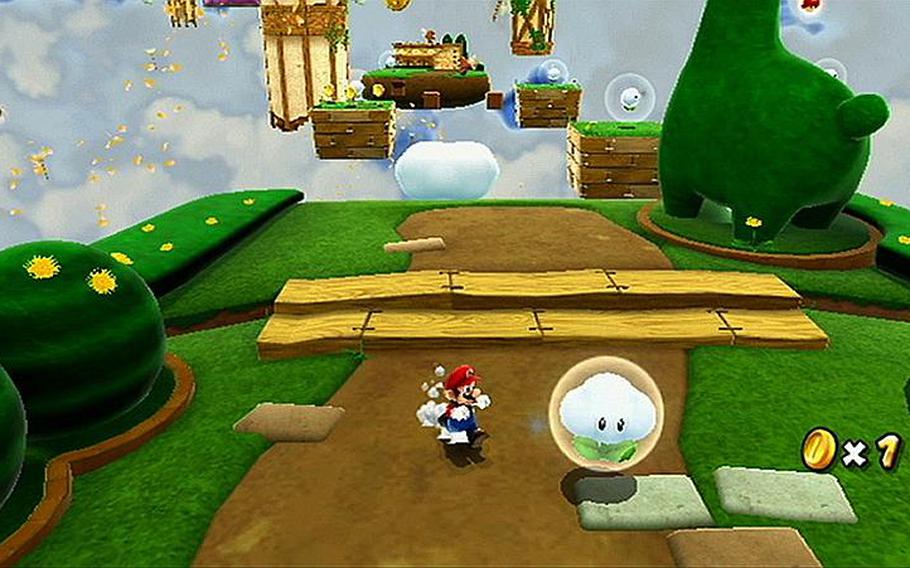 In fact, Nintendo has even managed to improve on certain aspects of the bright, fun, and often challenging platformer series to provide an experience that will not only appeal to younger gamers, but also veteran completionist gamers with a whole lot of patience.

“Super Mario Galaxy 2” plays almost exactly like its predecessor, but with a few new perks, such as unique level designs and the staggeringly huge number of 241 possible stars to collect throughout the game. But while this may seem overwhelming for casual or young gamers, don’t worry, because the main course of the game is exhausted in the first 70-80 stars, or roughly 20 hours of gameplay.

These hours follow the traditional Mario story trajectory: Princess Peach is captured, then Mario fights Bowser and his minions to save her. This straightforward approach is refreshing in that it allows for a focus above all else on the levels, which are the real stars of the game.

Mario travels through six “constellations” and a then a bonus constellation through the course of his travels, and each one features around seven to eight uniquely conceived, brilliantly designed worlds. The action centers on the typical Mario start-to-finish level navigation, spiced up with the addition of Yoshi and his various berry-powered abilities (dash, illuminate, float) and the mind-bending gravity manipulation puzzles that gave Galaxy its own stamp among other Mario titles. There are still boss battles, a few old and a few new, and a finale worthy of Mario’s legacy. In between, levels span from tropical coves to clusters of haunted asteroids, and most are occupied by one race or another of gregarious characters like penguins and robots. All of these creatures work well as a tutorial for constantly emerging bits of new gameplay, and keep the levels from feeling lonely or hostile. For those unsatisfied after the main quest, the collection of 120 stars will open up the option to collect 120 more “Green Stars” hidden throughout the worlds. While these stars have nothing to do with Mario’s green-clad brother Luigi, he becomes playable on most levels about halfway through the game, for those who wish to ditch the red getup for a fresher look.

Graphically, “Super Mario Galaxy 2” is the best-looking game the Wii is likely to get. The bright colors and kid-friendly look of not only the environments but the characters and enemies as well gives the whole experience a cheery, easygoing feel, though some of the “ghost worlds” do provide some amount of suspense. This tone is also achieved through the mixture of new and old Mario music standards, combining classic songs from NES titles and galactic-themed soundtracks to set the interstellar mood. The game never takes itself too seriously, ever remaining jovial and pleasant, not too serious or sobering to disengage players looking for a positive, light-hearted title.

Though “Super Mario Galaxy 2” may not be for everyone, it’s the best that platforming has seen this generation. A seemingly perfect combination of the gradual learning curve, sparse but well-designed motion challenges, and the time-honored Mario formula (even including a number of 2D segments), all wrapped in the most gorgeous and best-sounding presentation the Wii has to offer, make this game a must for the library of core gamers looking for a challenge and young, casual gamers looking for a good time.