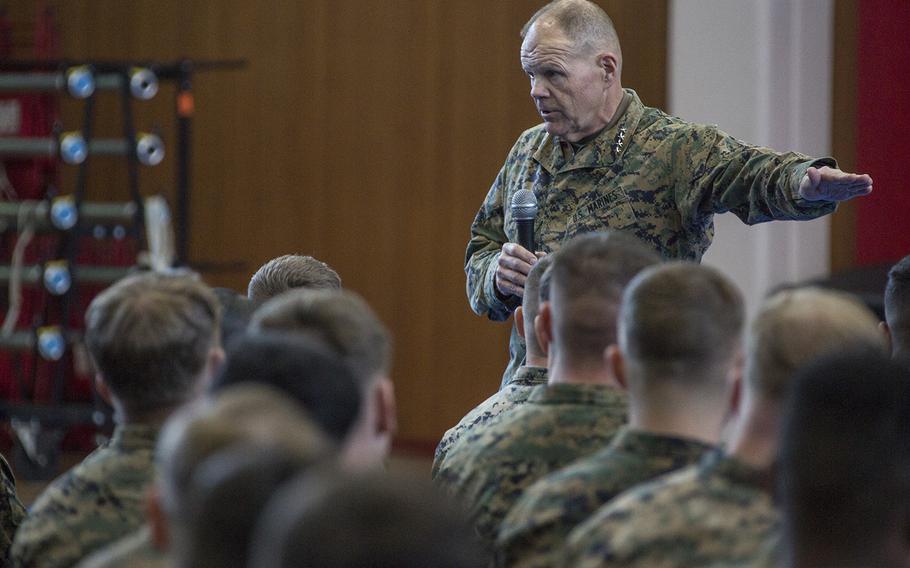 WASHINGTON — In the wake of the nude photo sharing scandal that rocked the military earlier this year, Marines with substantiated cases of improper photo sharing will face mandatory separation proceedings.

An administrative message issued May 9 amended the Marine Corps separation manual — the set of regulations that address everything from retirement policies to involuntary separation proceedings.

Language that addresses nonconsensual sharing of sexually explicit images was added to regulations that govern other forms of sexual harassment. “The distribution or broadcasting of an intimate image, without consent, if done for personal gain; or with the intent to humiliate, harm, harass, intimidate, threaten or coerce the depicted person” is now a violation.

The Marine Corps has had social media guidance for years, but policies were updated after the nude photo scandal was first reported by The War Horse. During a March 14 Senate hearing into the scandal, Gen. Robert Neller, the commandant of the Marine Corps, said the policy would be adjusted to account specifically for improper photo sharing.

“I believe the policy that we revised is focused more on certain behaviors such as the one we are here to discuss today on social media ... to tell all Marines that these types of things are unacceptable,” Neller told the Armed Services Committee. “The previous policy said that, but it did not say it quite directly.”

This addition to the separation and retirement manual addresses the online behavior of Marines in much clearer terms.

“The online behavior of some individuals, whether they are currently serving Marines, former Marines or others who simply wandered in, have attacked our Marine Corps values, our ethos,” Neller said. “Enough is enough.”