Man and machine are comrades in combat in ‘Titanfall 2’ 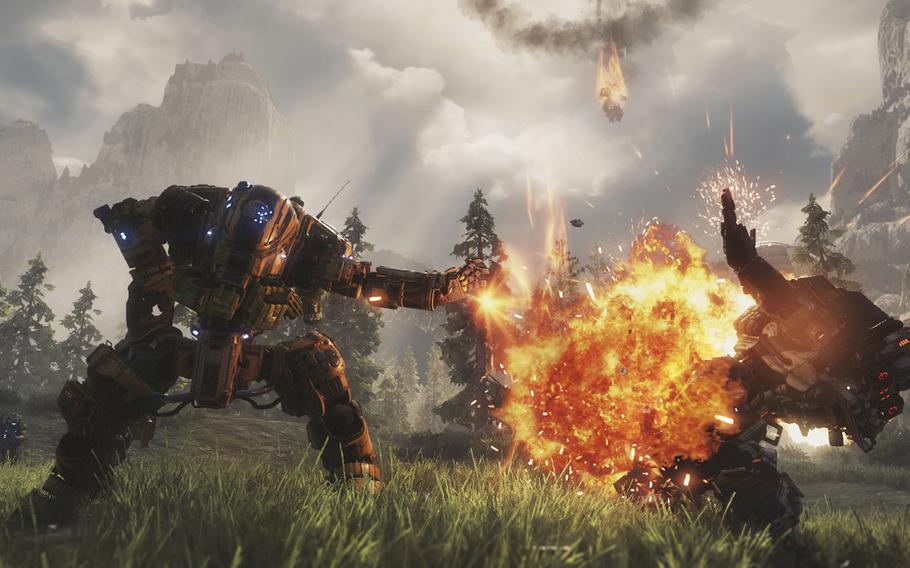 Bigger weapons make better friends in “Titanfall 2.” Combine and conquer with new titans and pilots, deadlier weapons and a feature-rich customization and progression system that helps you and your titan flow as one unstoppable killing force. (Electronic Arts/AP)

Bigger weapons make better friends in “Titanfall 2.” Combine and conquer with new titans and pilots, deadlier weapons and a feature-rich customization and progression system that helps you and your titan flow as one unstoppable killing force. (Electronic Arts/AP) 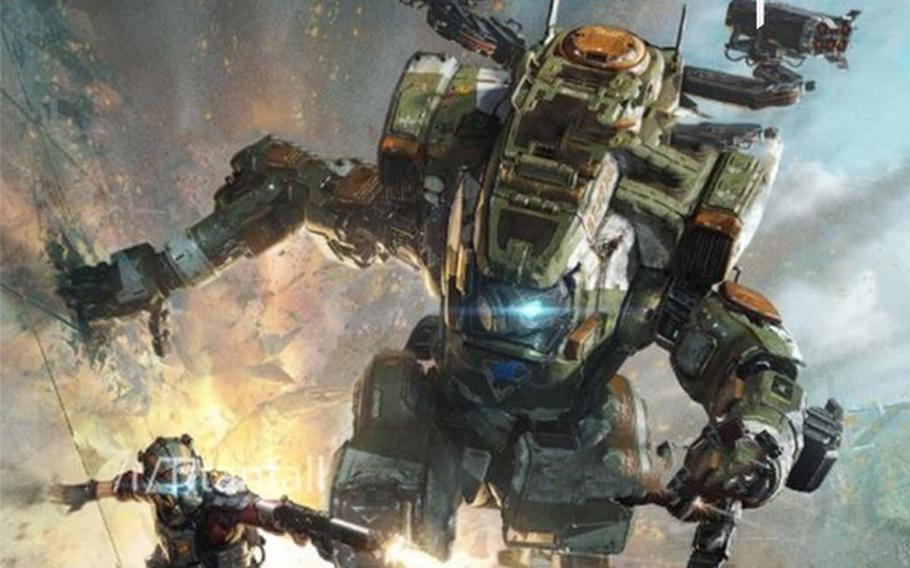 One of the least appreciated games of 2014 was “Titanfall,” a sci-fi shooter that mixed fast-paced infantry action with giant combat robots.

It wasn’t overlooked because of flaws, but because it was released only on PC and the Xbox One, which took second place to PlayStation 4 in the console wars that year. Now, “Titanfall 2” opens the doors to adventure on both consoles and many more potential fans.

Developed by Respawn Entertainment for Electronic Arts, the game also offers something new for Xbox fans: a story-based single-player campaign. The original game unfolded in a sequence of loosely connected multiplayer missions. This time around, Respawn delivers a fully formed story for solo players.

“Titanfall” is set in a galaxy where a freedom-loving militia fights an overbearing and ruthless company known as the Interstellar Manufacturing Corp. In addition to infantry, both sides deploy giant robots known as Titans. These bipedal machines come in a variety of models and can pack an even wider assortment of rockets, rail guns, chain guns, flamethrowers, energy shields and other gear. They are also remarkably agile for their size, a trait that helps keep the game lively.

You play as Jack Cooper, a rifleman involved in a mission to check out a super weapon under development by IMC. The mission immediately goes awry and Cooper is quickly promoted to Titan pilot in the heat of battle. In addition to fighting murderous corporate mercenaries, Cooper must learn to work with BT-7274, a Vanguard-class Titan.

As the story progresses, Cooper alternates between infantry and Titan missions.

On foot, Cooper wears a special suit that allows him to jump great distances, run along vertical surfaces and fall from great heights. As a result, this shooter delivers a heaping helping of fast-paced parkour-style action, coming in both platforming sections and in combat. It’s a blast to bounce from wall to wall, jet into the air and then hit the ground at a slide before opening up with a laser machine gun.

It’s a brand of action that many gamers will find familiar even if they missed the original “Titanfall.” That’s because Treyarch pretty much cloned the pilot moves when developing the futuristic “Call of Duty: Black Ops III.” Just remember that “Titanfall” did it first, did it better and did it with Titans.

When Cooper’s in the Titan, the action isn’t quite as fast, but it’s even more intense. BT-7274 is remarkably nimble when compared to the lumbering mechs in other games. However, he’s still built for firepower rather than speed. In general, you only get to climb aboard when other heavy hitters are nearby. The resulting Titan battles involve brilliant explosions, bursts of flame, streaking missiles, searing laser beams, electrified clouds and glowing force fields. It’s spectacular and exhilarating.

The missions offer varied settings, formats and challenges, and all are well-paced and interesting. My favorites were a time-twisting mission that required a bit of puzzle-solving and an all-out Titan battle between the forces of the militia and the IMC. The boss battles against other Titans are very intense. The key to victory in these is figuring which weapon loadout to use since each Titan has its strengths and weaknesses.

But no matter how good the single-player campaign is, the core of “Titanfall” is still the multiplayer mode.

Returning players will be happy to discover that online combat is similar to the original game. The gameplay is smooth. The maps are interesting. And there are even more Titans to choose from.

Players can square off in capture-the-flag, team death match, free-for-all, pilot vs. pilot, Titan vs. Titan and objective-based competition. Most game modes feature five or six players per team, plus a number of computer-controlled minions who do little more than serve as extra targets that boost your score.

In most matches, both sets of pilots start off on foot and must eliminate enemies to earn the ability to call down a Titan. These come hurtling down from orbit in an impressive display of fire and smoke — a Titanfall. Players can then fight from inside their Titan as long as it survives.

Although time in a Titan can be the highlight of a match, fighting on foot is also quite exciting. Pilots’ parkour abilities and the interesting selection of anti-personnel and anti-Titan weapons guarantee the action will be delightfully vigorous.

In most matches, the action doesn’t end just because a winner has been determined. The game then moves into an “epilogue” that features the losing team hightailing toward an escape ship while the victors try to prevent their departure.

The graphics are very good. It’s not that hard to produce impressive-looking machines, but the quality comes through in the environments and facial features of nonplayer characters.

The game earns a mature rating for violence, blood and some strong language.

Depending on which console you favor, “Titanfall 2” is either a thrilling new option or the satisfying return of an old favorite.