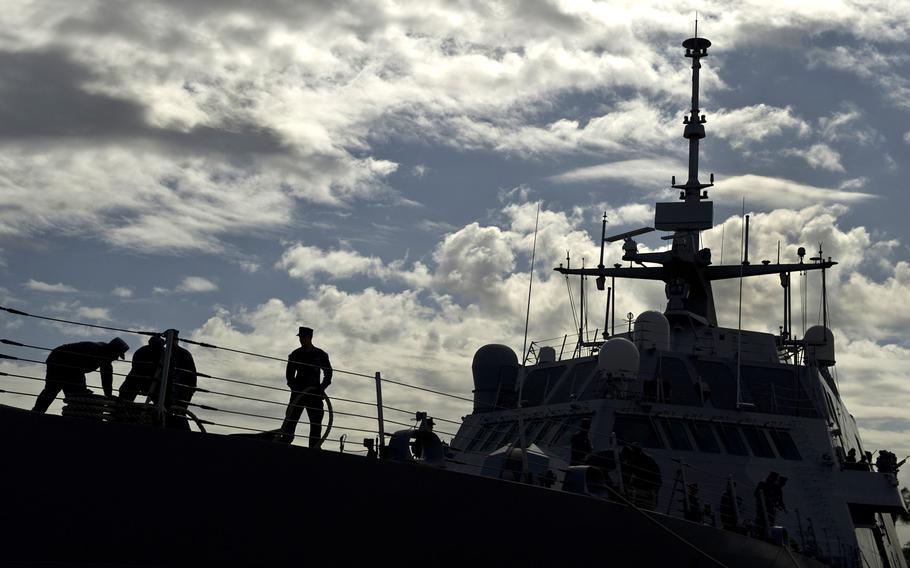 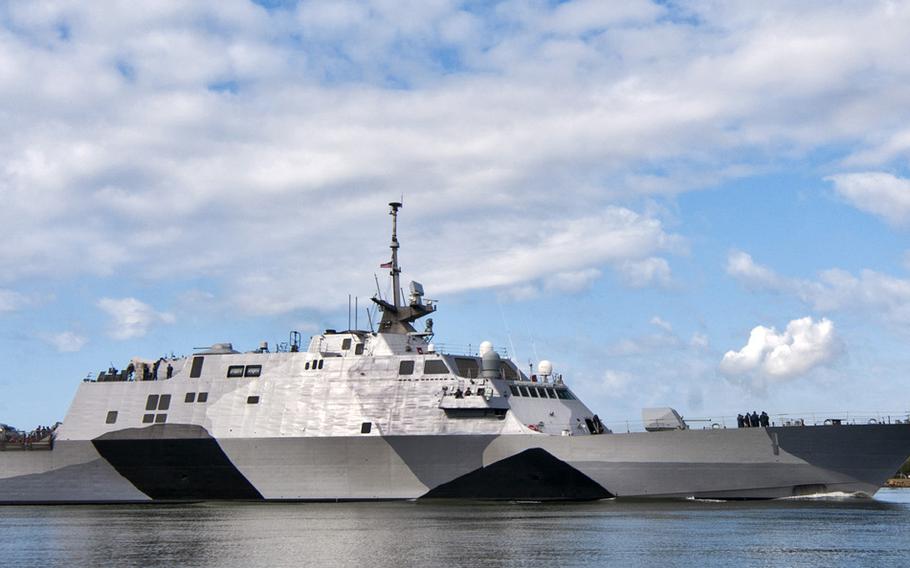 In this photo provided by the U.S. Navy, the USS Freedom littoral combat ship pulls into Pearl Harbor, Hawaii. The USS Freedom, which is stopping in Hawaii on its way to a deployment to Singapore, has advantages bigger U.S. Navy ships lack. (Sean Furey/U.S. Navy)

The Freedom’s 10-month rotational deployment to Singapore was marked by successes — dropping off relief supplies in some of the Philippines’ hardest-hit areas after Typhoon Haiyan last month — and nagging disappointments, as maintenance issues kept the $500 million ship in port on three occasions.

The Navy has not made an official announcement on which littoral ship will replace the Freedom, but Chief of Naval Operations Admiral Jonathan Greenert was quoted by Jane’s Defence Weekly as saying it would be the USS Fort Worth. Navy officials told Stars and Stripes this week that the next LCS will arrive in Singapore in late 2014.

“We put Freedom to the test over the past several months and learned a great deal about how to operate littoral combat ships forward alongside our regional partners and allies in a challenging operational environment,” 7th Fleet commander Vice Adm. Robert Thomas said in a Navy statement.

“Increased numbers of these ships will become a regular fixture in this region as a tangible demonstration of our commitment to the rebalance. Their forward presence over the long term supports our Navy’s enduring commitment to security, stability and prosperity in the Asia-Pacific.”

The Freedom’s first foray overseas and into the spotlight began March 1 when the ship departed its homeport, San Diego. It stopped in Hawaii, Guam and Manila en route to Singapore, where it stayed from April 18 to Nov. 16.

Two separate crews helmed the ship during the deployment, which included participation in the International Maritime Defence Exhibition, three phases of Cooperation Afloat Readiness and Training with Malaysia, Singapore and Brunei, and the multinational Southeast Asia Cooperation and Training exercise.

The deployment was capped by delivering 10 pallets of humanitarian assistance and disaster relief supplies to Philippine forces in Tacloban on Nov. 24.