Little has changed since Tailhook, based on Lackland scandal testimony 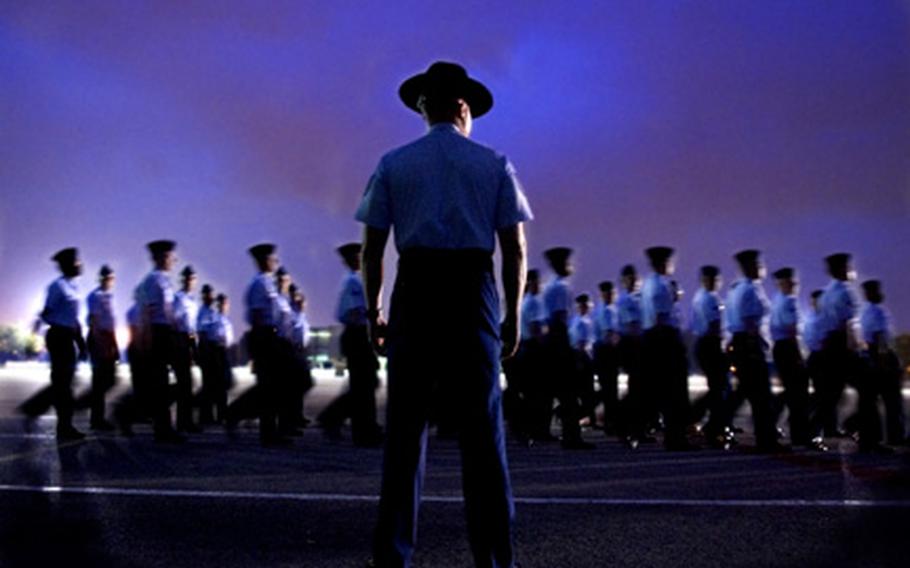 WASHINGTON — More than 20 years after the infamous Navy Tailhook scandal that awakened the public to sexual assault in military, too little has been done to reverse an epidemic of sexual violence within its ranks, lawmakers and sexual assault victims said on Capitol Hill on Wednesday.

And with last year’s scandal erupting at Joint Base San Antonio-Lackland’s Air Force’s sole Basic Training Center -- in which Air Force instructors allegedly preyed upon new recruits -- the public outcry for change has grown too loud to ignore. In response, the House Armed Services Committee held a hearing on the scandal Wednesday, after more than 78 members of Congress and about 15,000 people signed an online petition demanding hearings to get a full accounting of the scandal.

“I find it extremely disturbing that despite the collective work of Congress, the Department of Defense, the military services and the dedicated groups who advocate on the part of the victims of this heinous crime, sexual assault and sexual misconduct remains a problem within our Armed Forces,” said Committee Chairman Buck McKeon.

So far, at least 32 instructors have been investigated for rapes, sexual assaults, criminal offenses and other inappropriate relationships involving 59 female and male trainees at Lackland over the past three years.

Gen. Mark A. Welsh III, Air Force Chief of Staff, testified before Congress that in the wake of the scandal, the Air Force had completed six court-martial cases against military training instructors, all resulting in convictions, and two instructors received non-judicial punishment under Article 15 of the Uniform Code of Military Justice for having unprofessional relationships. Four more trials are scheduled, and 20 more instructors are under investigation, he said.

“We can’t accept this. It’s horrible,” he said. “But I don’t believe that it’s the entire Air Force that has this culture of sexual assault ... We have pockets of it,” he said, which the service was working to erradicate.

He and Gen. Edward Rice Jr., commander of Air Education and Training Command, outlined many of the 46 policy changes that the Air Force was instituting after recommendations by Maj. Gen. Margaret Woodward, who investigated Air Force training in the wake of the scandal. They include raising the percentage of female military training instructors to 25 percent and requiring that training instructors hold the higher rank of technical sergeant instead of staff sergeant, so they have more experience and maturity as trainers.

Welsh also admitted that when investigating delays in reporting sexual assaults, investigators found a portion of culpability rested in the hands of commanders, who did not take necessary action. For that reason, the Air Force has taken steps to require that incidents be reported up the chain of command all the way to the two-star commander level within 24 hours, Welsh said.

The hearing testimony was blunted by criticism from Protect Our Defenders, a key advocacy group for victims of sexual assault in the military. The group held a press conference an hour before the hearing, with Tailhook whistleblower Paula Coughlin, sexual assault victim Terri Odom and attorney Susan Burke, who was featured in the documentary “The Invisible War,” nominated for an Oscar this year as a spotlight on the long-taboo epidemic of rape within the U.S. military.

Coughlin and others asserted that although McKeon promised to hold “open and complete” hearings on the Lackland scandal, the committee had fallen short of that commitment, since not a single victim from that actual scandal was called to testify before Congress.

Navy veteran Brian Lewis, who is a sexual assault survivor, pointed out during the hearing that despite recent news that three male airmen are among victims of the Lackland scandal, requests to include male voices were denied.

Couglin said she was disappointed to see that despite having blown the whistle on sexual harassment at Tailhook 21 years ago, “military leadership, my chain of command and our government has failed me and countless others.”

“Since Tailhook we have seen repeated scandals, military leadership investigating itself, congressional hearings, reforms announced, training days ordered, laws passed,” she said, and yet prosecution rates for such crimes still lag far behind those in the civilian sector.

Without Congress hearing directly from recent Lackland’s victims about their experiences, as well as their suggestions for changes, “you may not hear those answers today,” she said. “In fact, the whole scope of the problem may be sidestepped again.”