'Like being back in a combat zone': Congressman, combat doctor tended to shot Scalise 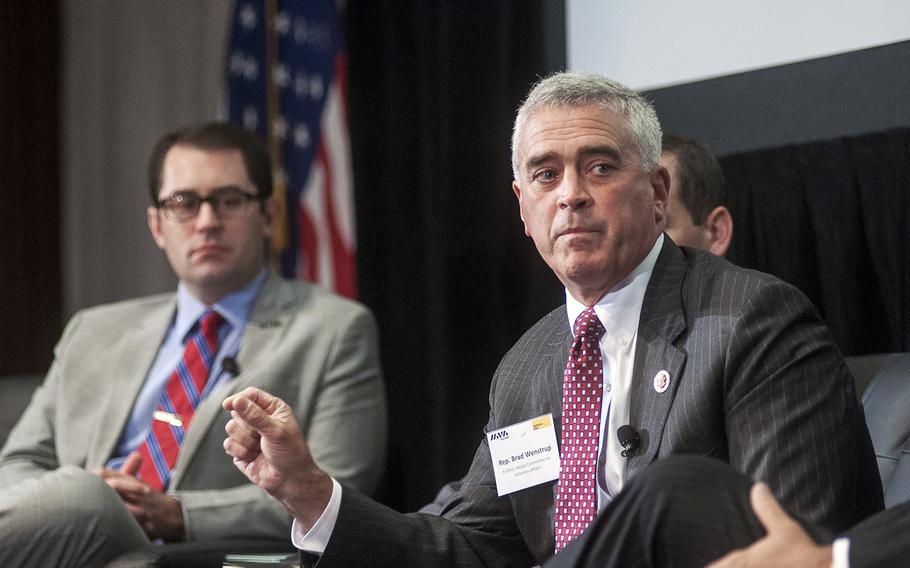 U.S. Rep. Brad Wenstrup, R-Ohio, speaks during a panel discussion on veterans issues at the National Press Club in Washington on July 30, 2014. Wenstrup was part of a congressional baseball team practicing Wednesday, June 14, 2017, when a gunman opened fire wounding at least five people. Wenstrup, a colonel in the Army Reserve, said his military training took over as he tended to the wounded. (Carlos Bongioanni/Stars and Stripes)

U.S. Rep. Brad Wenstrup, R-Ohio, speaks during a panel discussion on veterans issues at the National Press Club in Washington on July 30, 2014. Wenstrup was part of a congressional baseball team practicing Wednesday, June 14, 2017, when a gunman opened fire wounding at least five people. Wenstrup, a colonel in the Army Reserve, said his military training took over as he tended to the wounded. (Carlos Bongioanni/Stars and Stripes) 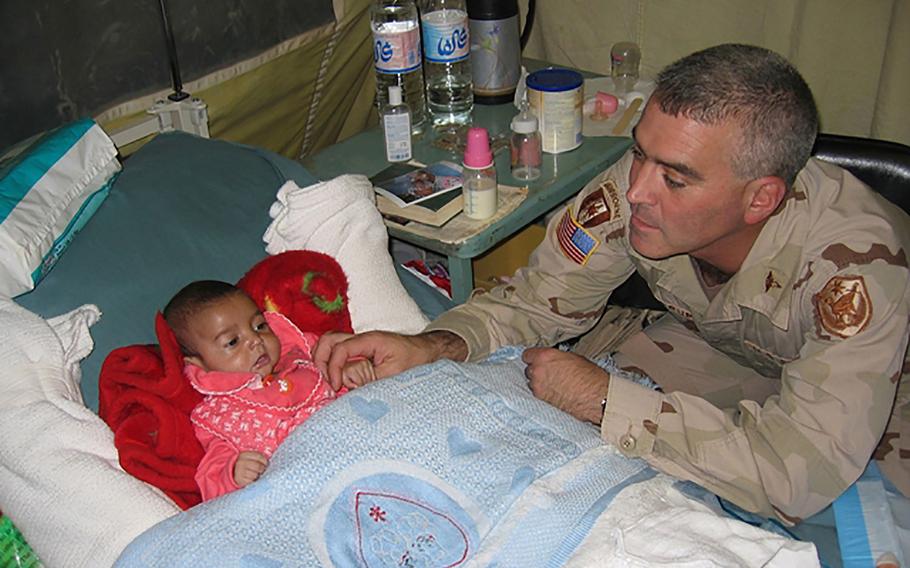 U.S. Rep. Brad Wenstrup, R-Ohio, speaks to a Navy corpsman about training at Camp Shorabak, Helmand province, Afghanistan on March 18, 2014. Wenstrup, along with four other members of congress, visited the base to get a firsthand look at the training procedures of the Afghan National Army. (Joshua Young/U.S. Marine Corps)

“You never expect a baseball field in America to feel like being back in a combat zone in Iraq, but this morning it did,” tweeted Wenstrup, a 58-year-old congressman from Ohio who served as a combat surgeon in 2005 and 2006.

When the shooting stopped at Eugene Simpson Stadium Park – and before first responders arrived – Wenstrup, a U.S. Army reservist, tended to fellow Congressman Steve Scalise, the House Majority Whip from Louisiana who was shot in the hip.

“I did what I did in Iraq,” he told ABC News. “You assess their wounds, and you cut down their clothes and look for the wound and make sure you stop the bleeding.”

When shots rang out from behind the third-base dugout, Wenstrup was in the batting cages in right field, he told CNBC. He laid on the ground and took cover during the approximately 10 minutes of gunfire.

A gunman, identified by President Donald Trump as James T. Hodgkinson of Belleville, Ill., opened fire just after 7 a.m. at the baseball field in the Washington, D.C. suburb, where Republicans were practicing for an annual charity event – the Congressional Baseball Game. Hodgkinson was taken down by Capitol Police, and Trump said he died later.

Scalise, 51, was standing on second base when he was shot.

When the shooting stopped, Wenstrup and other congressmen ran to Scalise, who had dragged himself off the infield, Sen. Jeff Flake, R-Ariz., told reporters. Rep. Mo Brooks, R-Ala., told CNN that the congressmen deferred to Wenstrup before medics arrived.

“I held a cloth over the wound to stop the bleeding as Brad was getting some kind of scissors device to cut through the pants to try to have better access to Steve Scalise’s wound and his hip,” Brooks told CNN.

Wenstrup, a podiatric surgeon, devised a tourniquet and applied pressure to Scalise’s wound and got him water.

Scalise was transported to MedStar Washington Hospital Center, where he underwent surgery. His office issued a statement Wednesday afternoon that Scalise was in stable condition and “good spirits.” Later, the hospital said he was in critical condition.

“[Scalise] is grateful for the brave actions of U.S. Capitol Police, first responders, and colleagues,” the statement reads.

Wenstrup, a member of the House Armed Services and Veterans’ Affairs committees, has served in the Army Reserve since 1998 and now holds the rank of colonel. To fulfill his reserve duties while in Congress, he treats patients at Walter Reed National Military Medical Center in Bethesda, Md.

“I was glad I was there, but it’s a sad day in America,” Wenstrup told Fox News.