Buy Photo
The Asian plate at Fisch Schira in Kaiserslautern, Germany, includes a piece or perch, another of salmon, pad thai and two shrimp, with an option of two spring rolls added. (Erik Slavin/Stars and Stripes)

Buy Photo
The Asian plate at Fisch Schira in Kaiserslautern, Germany, includes a piece or perch, another of salmon, pad thai and two shrimp, with an option of two spring rolls added. (Erik Slavin/Stars and Stripes) 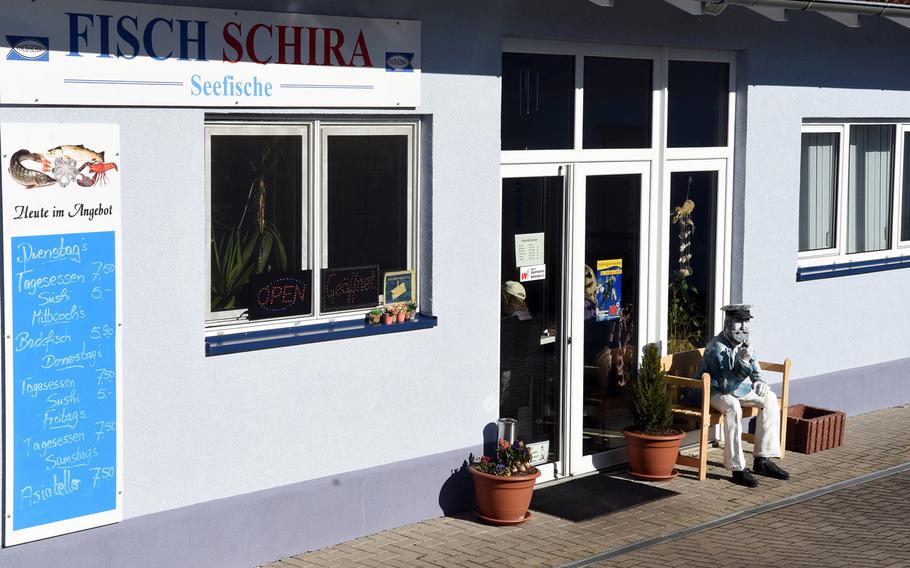 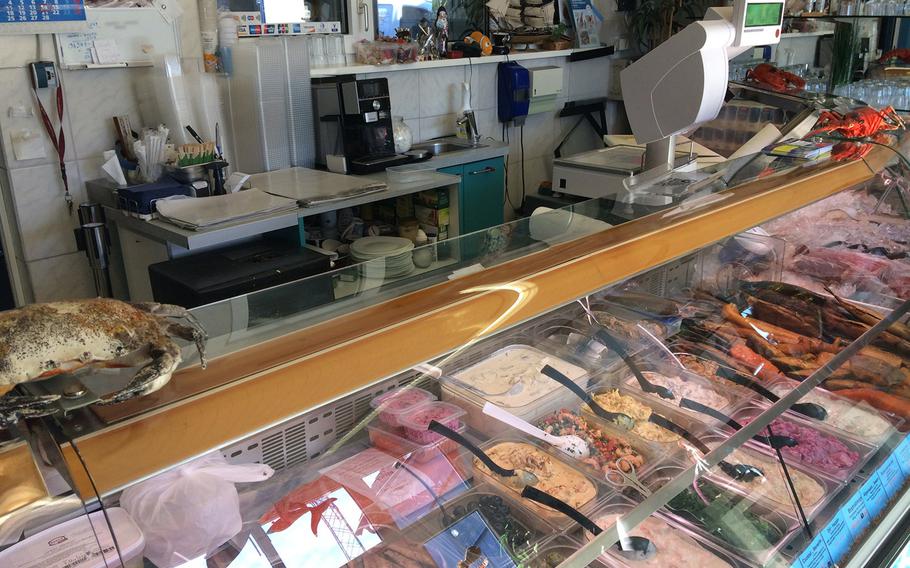 Living in the Kaiserslautern area is an adjustment for anyone who grew up by the water.

The Rhine and a few tributaries aren’t a long drive, and there’s a lake or two nestled in the vast forests of the Pfalz. They’re nice, but surfing is out, and for the most part, so is good seafood.

It’s hard to find much ocean fish locally beyond salmon, which freezes and transports fairly well, and occasionally cod. Freshwater zander is the most common fish at a local restaurant, but it’s not cheap.

Fisch Schira in Weilerbach is a welcome exception to the lack of seafood. It’s a retail shop with a small number of tables for dining.

There’s no menu full of entree options. If you come for lunch, you’re eating the catch of the day, a sushi box or a fish sandwich. And that’s great, because the thing they do best — cook fish for a reasonable price — is what they stick to.

My favorite is the Asia plate, which includes a piece of whitefish — freshwater perch the last time I was there — a piece of salmon, two shrimp and a mild pad thai for 7.50 euros. The perch was lightly seasoned, flaky and moist. The meal also comes with a choice of a side, which is often soup or spring rolls. They’re both good, particularly if it’s a fish soup.

Other days, the daily special will be a filet of whatever is fresh, with a side of greens, potato or another starch. After several visits, I’ve never come across a dry piece of fish.

As an appetizer or a snack later, on some days Schira sells sushi boxes for 5 euros. This isn’t Tokyo’s Tsukiji fish market, but the rice is sufficiently sticky that if you’ve lived in Japan, you’d recognize the nigiri and rolls as proper sushi. If you get a roll with ham in it, well, you are after all in Germany.

On a summer day, it’s not unusual to see someone stop by on a bicycle for a smoked salmon or a herring sandwich, each simply made on sturdy rolls for a few euros.

English is spoken, but limited. If you can say “Tagesessen, bitte” — equivalent to “Daily special, please” — you don’t need much else. For takeout, the counter has a wide selection of fish and seafood-themed side dishes. The uncooked filets vary depending on what’s been shipped, but there’s usually a variety of cold-water fish available.