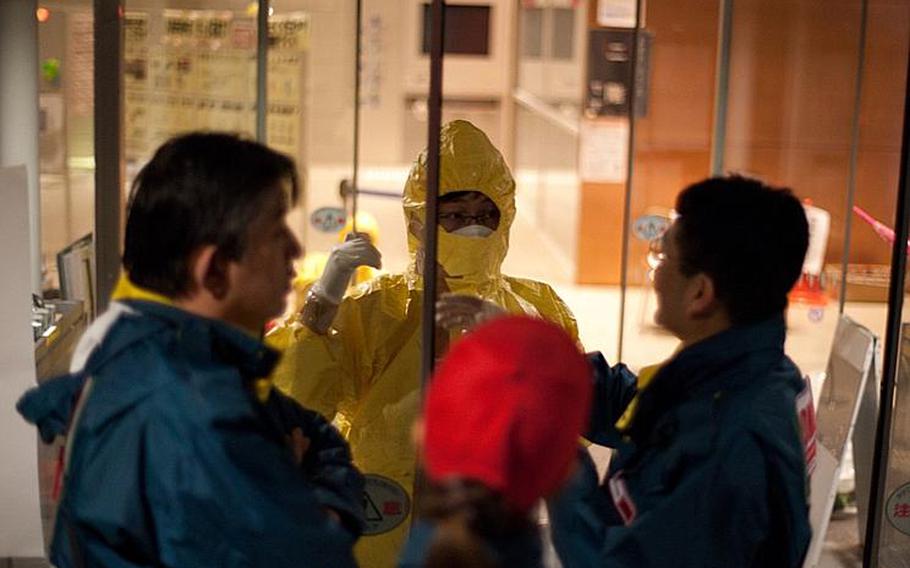 Buy Photo
A doctor with the Japan Disaster Medical Assistance Team works at the Nihomatsu Gender Equality Center, which has been turned into a clinic where people are being tested for radiation. (Nathan A. Bailey/Stars and Stripes)

A communications breakdown prevented information from Japan's multi-million dollar radiation tracking system from getting to authorities evacuating people from the crippled Fukushima Dai-Ichi nuclear power plant following March's earthquake and tsunami, the Associated Press has reported.The system accurately predicted that an elementary school was directly in the path of radiation leaking from the plant, but that information didn't reach decision-makers, who used the school as an evacuation center."I had no idea what sort of information was available," Japanese Prime Minister Naoto Kan told Parliament on June 17. "I didn't know anything about it then, and there was no way I could make a judgment."Read 'Japan ignored own radiation forecasts' by the Associated Press.