Is there a '13th hand' on the Marine Corps War Memorial? 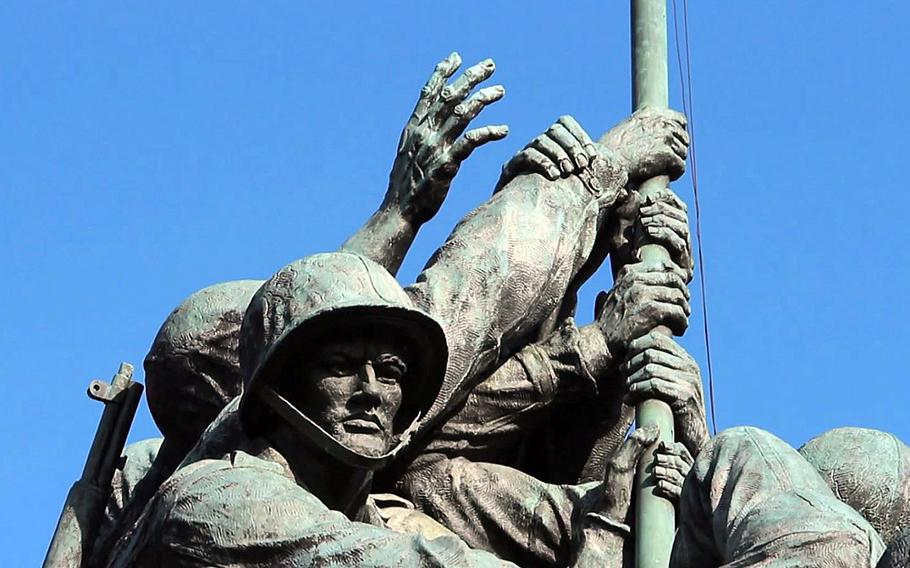 For more than 60 years, a story has persisted that 13 hands can be seen on the Marine Corps War Memorial, the beloved sculpture in Arlington, Va., that depicts six servicemembers raising the U.S. flag on Mt. Suribachi during the World War II Battle of Iwo Jima.

"Thirteen hands. Who needed 13 hands?" sculptor Felix de Weldon once remarked after being asked if he put an extra hand in the memorial. "Twelve were enough."

No one is quite where it all started, but Sarah Gamble, a park ranger with the National Park Service, said the rumors of the 13th hand began as soon as the statue — based on Joe Rosenthal's famous photo — went up in 1954.

"It's the 'hand of God' theory," Gamble said. "People wanted to think that there was a little extra help on the day this flag was raised. You know, they say 'there were six men struggling to get to the top, so they must have had some kind of help.'

Watch the video, and decide for yourself.