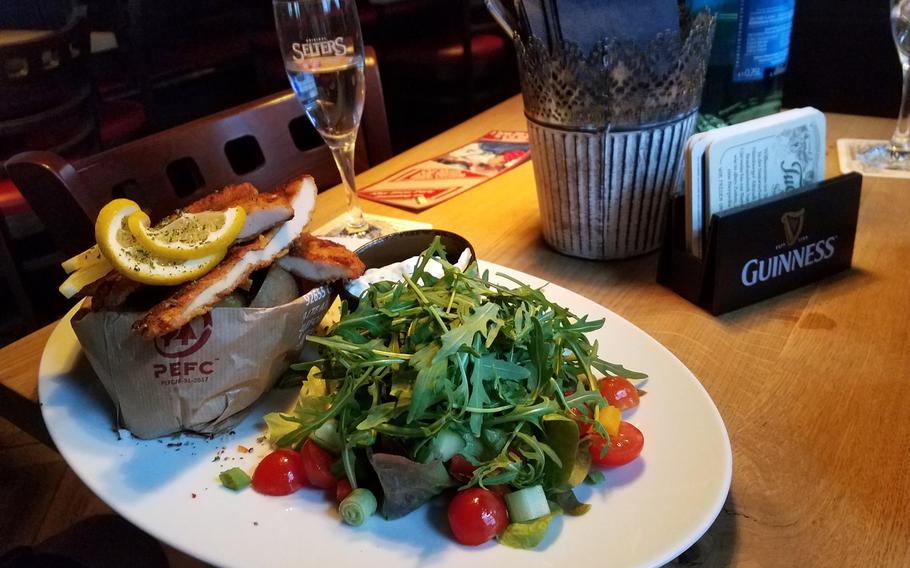 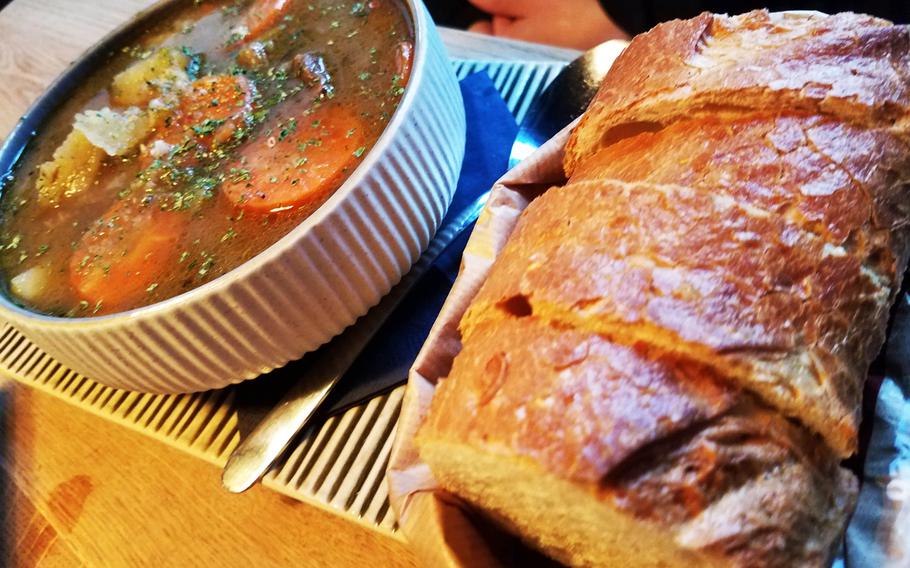 Buy Photo
The Irish stew and bread at the Irish Pub in Grafenwoehr, Germany. (Martin Egnash/Stars and Stripes) 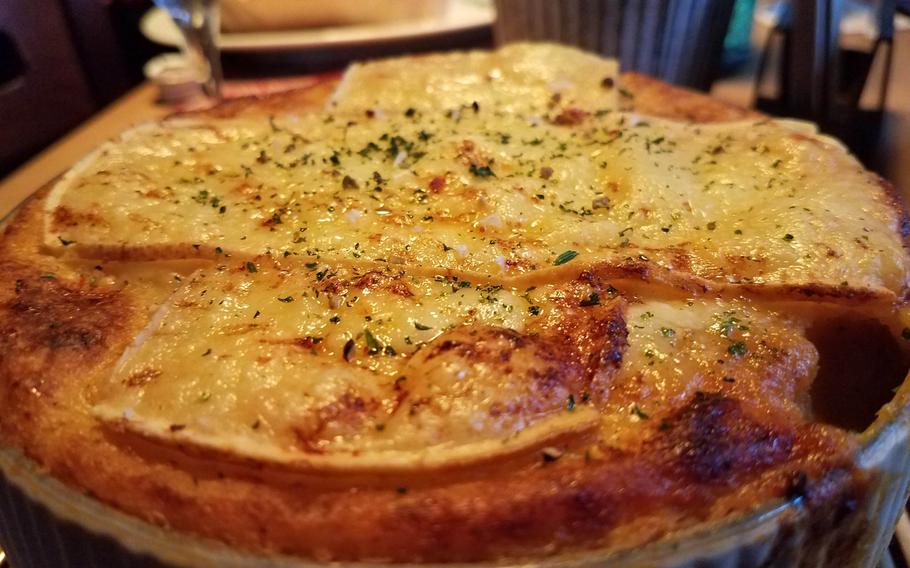 Buy Photo
The shepherd's pie with raclette cheese on top at the Irish Pub in Grafenwoehr, Germany. (Martin Egnash/Stars and Stripes) 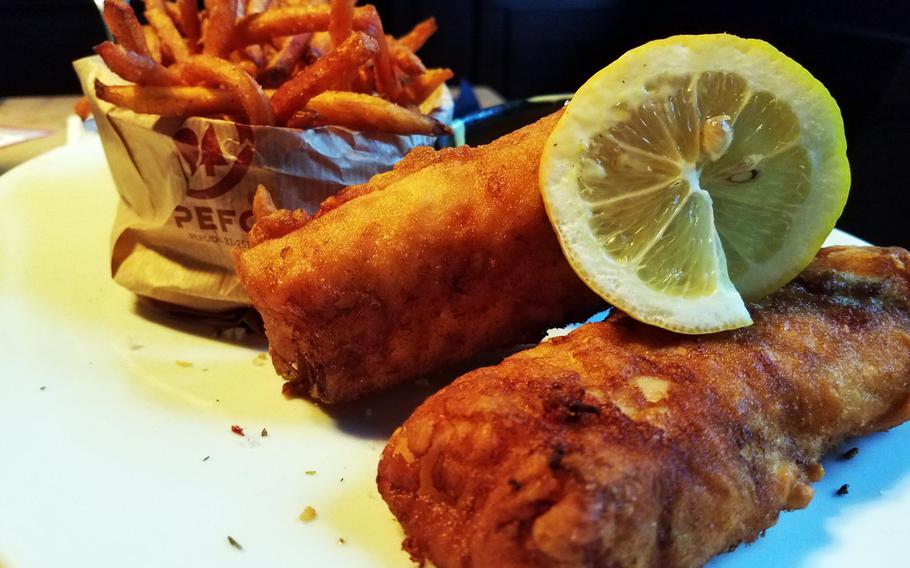 Buy Photo
The fish and chips at the Irish Pub in Grafenwoehr, Germany. (Martin Egnash/Stars and Stripes) 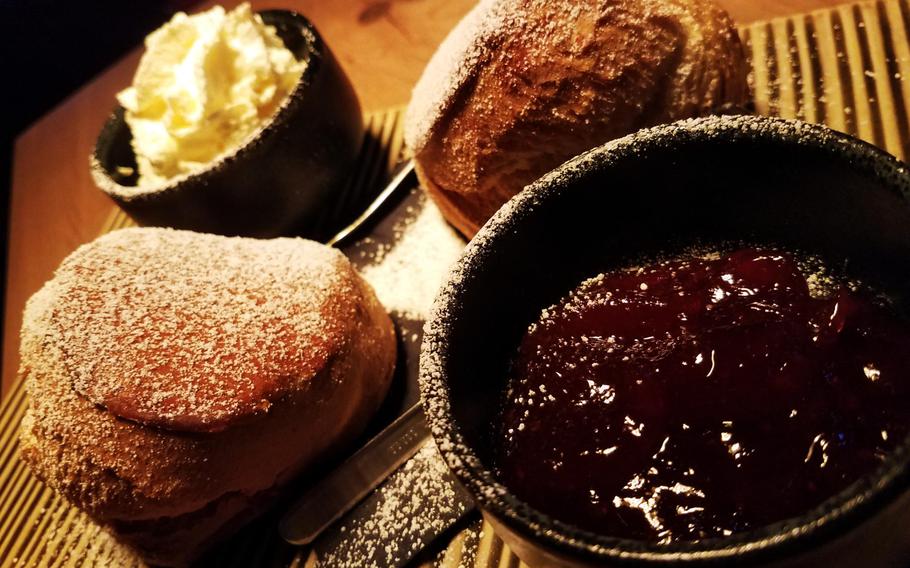 Buy Photo
Scones and jam at the Irish Pub in Grafenwoehr, Germany. (Martin Egnash/Stars and Stripes) 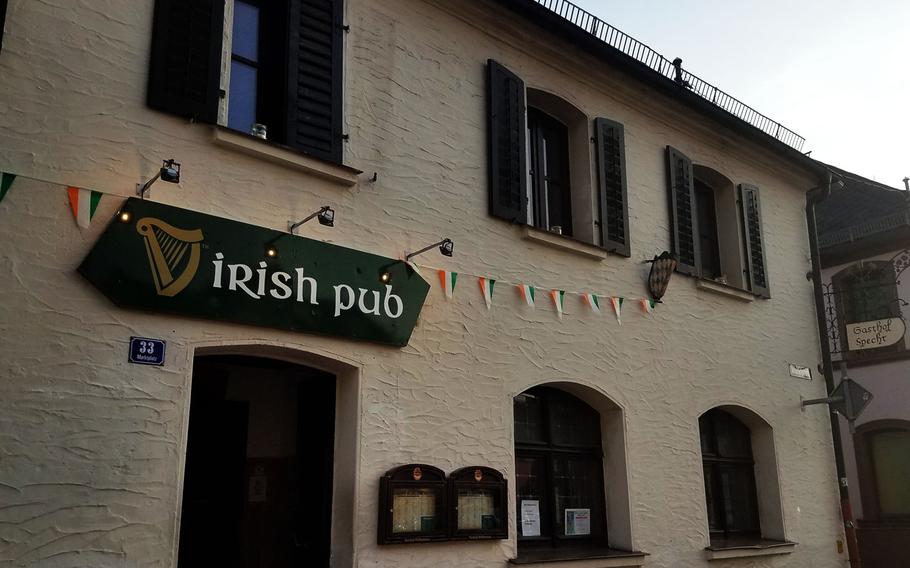 Buy Photo
The outside of the Irish Pub in Grafenwoehr, Germany. (Martin Egnash/Stars and Stripes)

If you’re stationed in U.S. Army Garrison Bavaria, your options for dining are sort of limited, unless you feel like traveling a bit. However, you might have overlooked the fantastic food at the aptly named Irish Pub in Grafenwoehr because it sounds like just a bar. Well, take it from me; it’s got some of the best food in town.

Ireland may be known more for music and drinks, but it has some great food to offer, too.

Don’t let the stereotype fool you; Irish Pub is more than just potatoes. Though, to be fair, they do actually have an entire page dedicated to souped-up spuds.

I honestly didn’t realize how many things you can do with potatoes. I mean, boil ’em, mash ’em, stick ’em in a stew, yeah. But an entire page?

You can get a baked potato with grilled shrimp and steak stuffed inside. You can get potatoes with creme fraiche and crispy chicken. There’s even a grilled salmon potato. I think they’re as good as potatoes can possibly get.

If you’re watching your carbs and prefer not to pound potatoes like they’re going out of style, they have really good salads. The “Viking Salad” is especially tasty, as it comes with a nice piece of smoked salmon.

They also have surprisingly elegant appetizers like the “Buffalo Kiss,” which puts an aromatic tomato basil sauce on sliced buffalo mozzarella. It’s then presented in a manner more worthy of a fine dining restaurant than a pub.

Irish Pub does serve classic pub fare, such as Irish stew, which is a very flavorful bowl with chunks of beef, carrots, potatoes and other vegetables served with delicious homemade bread.

One of the most popular dishes is shepherd’s pie, which is splendidly seasoned ground beef and peas under a layer of mashed potatoes. Very filling, but totally worth it.

You can order raclette cheese, a kind of pungent, gooey awesomeness, on top of any order. I got it on top of my shepherd’s pie and I never looked back.

And of course, as befits an establishment supposedly having ties with the British Isles, Irish Pub proudly serves fish and chips. Remember, chips means fries to us Americans, and you can even get sweet potato fries in their place.

There’s even a small dessert menu, and everything on it looks phenomenal. I went for the scones since I’ve never tried an Irish scone before. I found that Irish scones are nothing like the hard, bread “desserts” at certain chain coffee shops back in the States. These might be rough looking on the outside, but these beauties are so soft inside, they’re squishy. More like a biscuit from the American South, but — sorry — way better. And they’re better yet with a leprechaun-sized dollop of jam added.

And it’s a pub, so if you don’t like everything I suggested, you can always have a pint of Guinness or sample the array of whiskeys they have behind the bar.