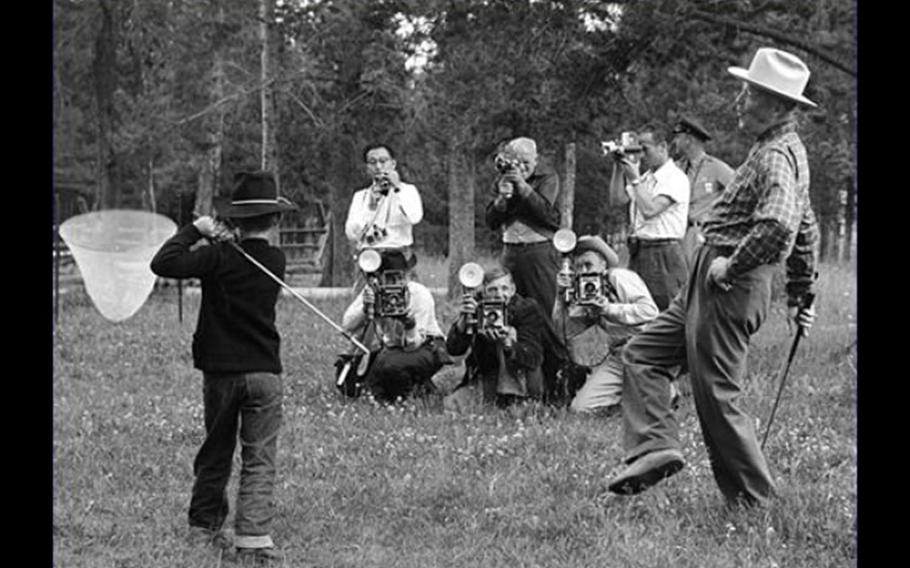 Augusta National Golf Club is restoring a cabin built for President Dwight D. Eisenhower, who joined the exclusive Georgia club in the 1940s after serving as Supreme Allied Commander during World War II.

A report Tuesday in The Augusta Chronicle said work began this summer to “update the cabin’s infrastructure to modern standards while at the same time preserving its historical nature.”

The restoration, which includes 15 holly trees and 61 azaleas scheduled to be planted on the cabin’s east side, is expected to wrap up by the time the home of the annual Masters tournament opens to members in October, the newspaper said.

The iconic white cabin with a gold presidential seal above the front porch was built in 1953 after Eisenhower won the first of two presidential elections. It’s situated near the 10th tee and the practice putting green at the member’s only course.

The seven-room structure consists of three floors, including a basement set aside for Secret Service agents when Eisenhower was in town, the report said.

In the spring of 2014, ice-storm damage forced the club to remove the famous Eisenhower Tree, which was also named for the former president.

The large loblolly pine on the 17th fairway was the bane of many golfers, including Eisenhower, who unsuccessfully tried to have it taken down for interfering with his game.