House to vote on easier firing of VA employees 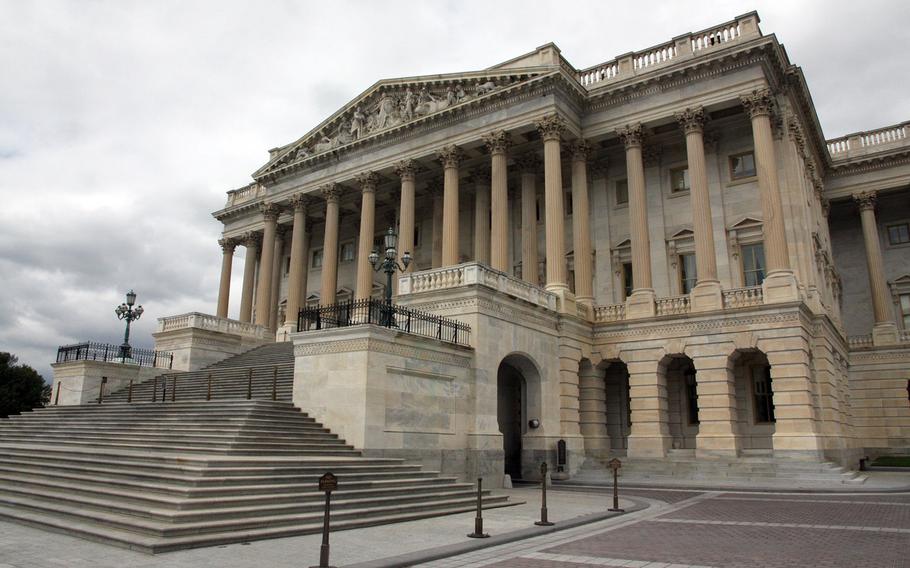 Buy Photo
The House of Representatives side of the U.S. Capitol, on July 15, 2015. (Stars and Stripes)

WASHINGTON — Republican leaders announced Thursday that the House will vote on a bill giving the Secretary of the Department of Veterans Affairs new powers to fire any employee as part of a bid to speed up agency reform.

The VA Accountability Act — backed by various veterans groups — allows the VA secretary to fire, demote or reduce the pay of any employee accused of wrongdoing and sets a two-month window for a decision on appeals. It also makes it more difficult for the VA to fire whistleblowers.

The department warned the legislation could cause unintended consequences and violate employee rights. But Congress has been frustrated by a perceived lack of progress in cleaning up the VA a year after the biggest health care scandal in its history and a $16.3 billion overhaul law.

“Despite Congress passing a historic bill to bring choice to veterans and accountability to the VA, the VA has slow-walked reform, and many of the same problems as last year persist today,” according to a press release from House Majority Leader Rep. Kevin McCarthy, R-Calif.

The House Veterans Affairs Committee, which crafted the new bill, says the effort to clean out the agency is slow because current civil service rules make it too difficult to terminate rank-and-file employees — the vast majority of staff.

Last year auditors revealed that about 90 VA health care facilities across the country were manipulating patient records to hide long wait times for care. Only two employees have been fired since then for doctoring wait-time records, according to investigations by the Veterans Affairs Committee.

The new bill would allow VA Secretary Bob McDonald to fire any employee for performance or misconduct and give the worker seven days to file an appeal with the Merit Systems Protection Board. The board would then be required to make a final decision on the case within 45 days.

New employees would undergo a longer probationary period, an increase from one year to 18 months.

Also, the secretary would not be able to fire whistleblowers without their cases being reviewed by the Office of Special Counsel, an independent federal agency designed to protect workers who point out wrongdoing.

McCarthy said the chamber will have a floor vote on the bill during the last week of July, just before Congress leaves Washington for a monthlong recess.

The VA said the legislation would provide extraordinary authority over employees and their appeal rights — authority that is not available to other federal agencies — which could trigger an exodus of capable and talented staff.

“Diminishing those appeal rights or expanding the probationary period will reduce the motivation to pursue public service at VA,” a spokeswoman told Stars and Stripes on Thursday.

The department also said it could violate employee rights to due process by stopping pay before an appeal is resolved. It raised similar concerns after Congress approved streamlined firings of senior executives as part of the massive overhaul act passed last summer in the wake of the scandal.

But many in Congress remain unconvinced.

Rep. Jeff Miller, R-Fla., chairman of the Veterans Affairs Committee, appealed to members Wednesday as they voted to approve the bill and send it to the House floor.

“Are you going to stand with the veterans or the bureaucrats? I know where your hearts are — it’s with the veterans, and of course it’s with the employees and the people,” Miller said, according to a transcript provided by his office. “But there are some rotten people that work in the department that need to be fired, not protected.”