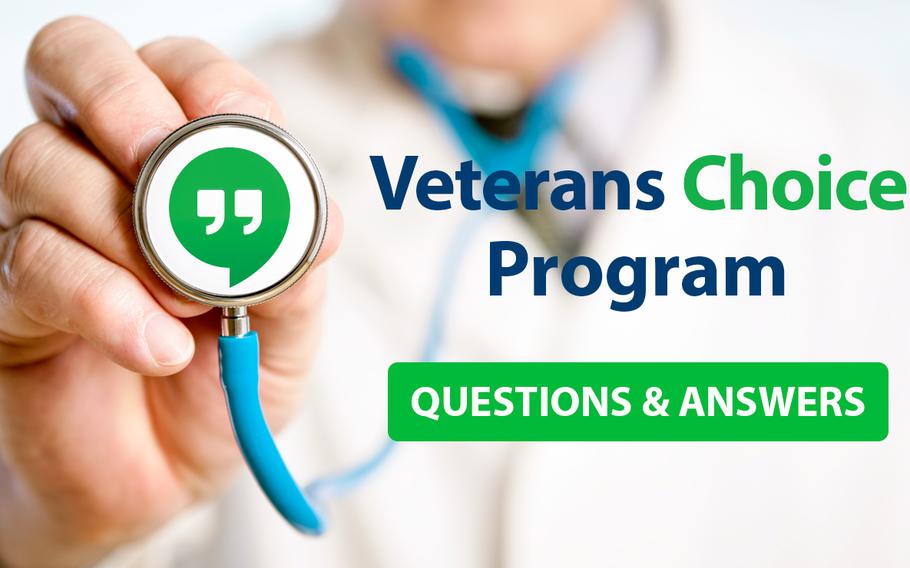 WASHINGTON — House lawmakers are looking to provide six months of emergency funding for a nearly bankrupt program that allows veterans to receive health care outside the Department of Veterans Affairs after negotiations stalled on a multibillion-dollar deal to fund the program for a full year and review VA buildings across the country.

Committee members huddled Tuesday into the night discussing the deal, which combines emergency funding and several other measures, including a full-scale review of VA buildings and authorizing 28 VA leases, some of which have been held up by Congress for two years. Rep. Phil Roe, R-Tenn., chairman of the House Committee on Veterans’ Affairs, announced plans Wednesday morning to move forward with six months of funding for the Veterans Choice Program, giving Congress until February 2018 to discuss reforms and allow for more debate about a review of VA assets.

“We had a meeting last night to discuss going forward with Choice. I listened to all the members about their concerns,” Roe said at a public committee meeting. “We would like to proceed with a fully paid-for six months. This would give us six months to debate the rest of the bill. We’ll hold hearings. All of that will be discussed. Hopefully we’ll come out with a better product with more time and understanding.”

Roe said the committee would work on a measure next week.

Griffin Anderson, press secretary for Rep. Tim Walz, D-Minn., said it would be a “complex process.”

There are “a number of stakeholders that must be consulted in order to ensure veterans’ care is not impacted by these decisions,” Anderson said in an email. “Moreover, staff must consider how this short term fix would potentially impact the Committee’s ability to make further improvements to veterans care during the 115th Congress.”

As of Wednesday, lawmakers had only eight working days before a monthlong August recess. The Choice program is only one month away from running out of funding, based on VA estimates.

VA Secretary David Shulkin warned lawmakers June 14 about the unexpected funding shortfall for the Choice program, which he attributes to its increasing popularity among veterans.

In the past month, he’s repeatedly asked for emergency funds or the authority to transfer money from another account that also pays for outside health care. Funding is expected to “dry up” by mid-August, Shulkin told lawmakers.

Testifying before the House veterans’ committee June 22, Dr. Poonam Alaigh, the VA acting undersecretary of health, predicted the shortfall would soon lead to fewer options for veterans to receive care outside the VA system, as well as cause layoffs at Health Net and TriWest, who contract with the VA to help administer the program. On Tuesday, a VA spokesman said layoffs haven’t occurred but are expected mid-August if the program isn’t funded.

Veterans organizations said they have seen some effects of the lack of funding.

Carlos Fuentes, associate legislative director with the Veterans of Foreign Wars, said the VFW has heard from veterans who said appointment requests through the Choice program are “piling up” at VA hospitals “due to a combination of shortage of staff to work them, a shortage of community care funds and/or a shortage of knowledge on what options can be utilized.”

AMVETS Director Joe Chenelly said his group has also heard from veterans with long-term health care issues who use the Choice program, and whose care -- such as chemotherapy or prenatal care – has been interrupted.

When the idea was presented to veterans groups to couple emergency Choice funding and a nationwide review of VA buildings into one bill, Chenelly argued that lawmakers were attempting to use the urgency of the funding shortfall to push another agenda.

“It was very clear to us they were holding veterans’ care hostage with the initial proposal,” Chenelly said. “So, we’re glad they made the right decisions and not tie those together right now.”

Roe announced last week his support for a review of the VA’s infrastructure and a new plan spelling out which buildings to close, as well as where to invest in more modern facilities. At a hearing July 12, former Department of Veterans Affairs Secretary Anthony Principi, who led an incomplete effort in the early 2000s to close old, underused VA facilities, told House lawmakers that without another attempt, “the VA will fail.”

The average age of VA buildings is 60, Shulkin said in May during his “State of the VA” address. He said a review of the VA’s capital assets was one of his top 10 priorities.

The VA has started to dispose of 71 vacant buildings, and it plans to cut 359 more in the next two years. The buildings will be sold or demolished. The oldest building on the list was built in 1869.

Shulkin said he was considering closing 784 other underused buildings to save millions of dollars each year to maintain them.

Chenelly said the review and closure of VA facilities had the potential to “change the face of the VA.”

“Doing something like that would be a very serious matter and shouldn’t be rushed through,” he said. “It should be done in a thoughtful way, with some type of oversight to show facilities getting closed aren’t really needed and that it won’t reduce VA’s capacity or capabilities.”

In the Senate, a bill has been introduced to provide $4.3 billion to fund the Choice program through Sept. 30, 2018. Sen. Jon Tester, D-Mont., is the bill’s sponsor, and he acknowledged it could face some pushback. Besides Choice funding, the bill would mandate another $4.3 billion be appropriated to improve in-house VA services, particularly to fund VA infrastructure and fill personnel vacancies.