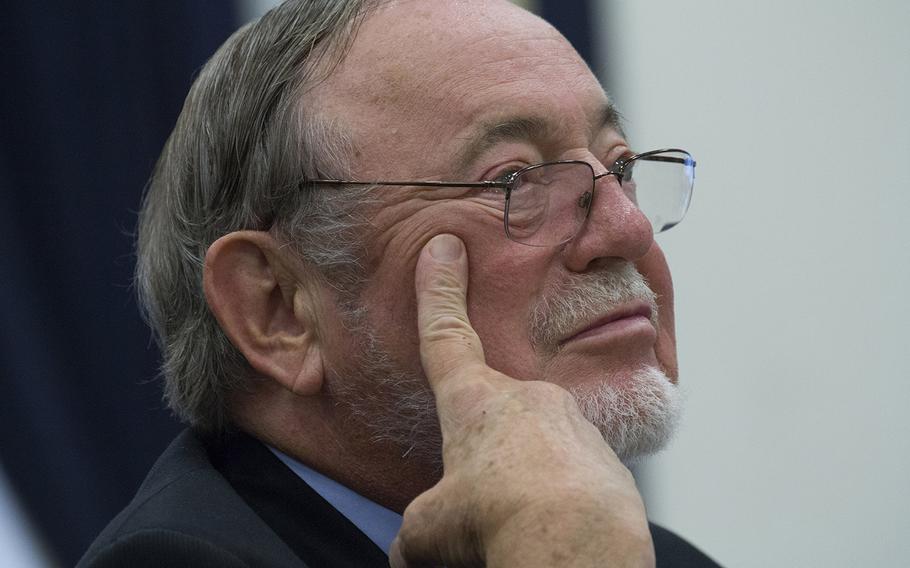 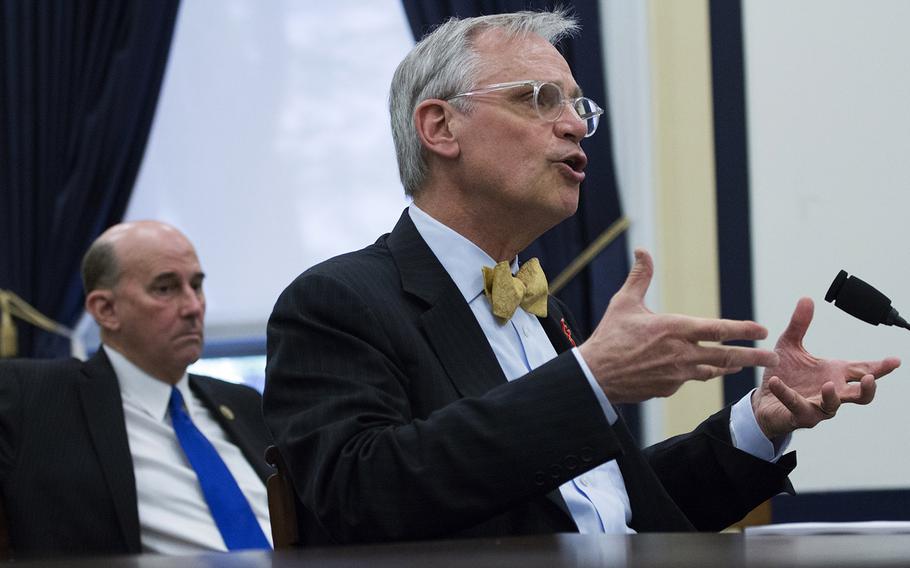 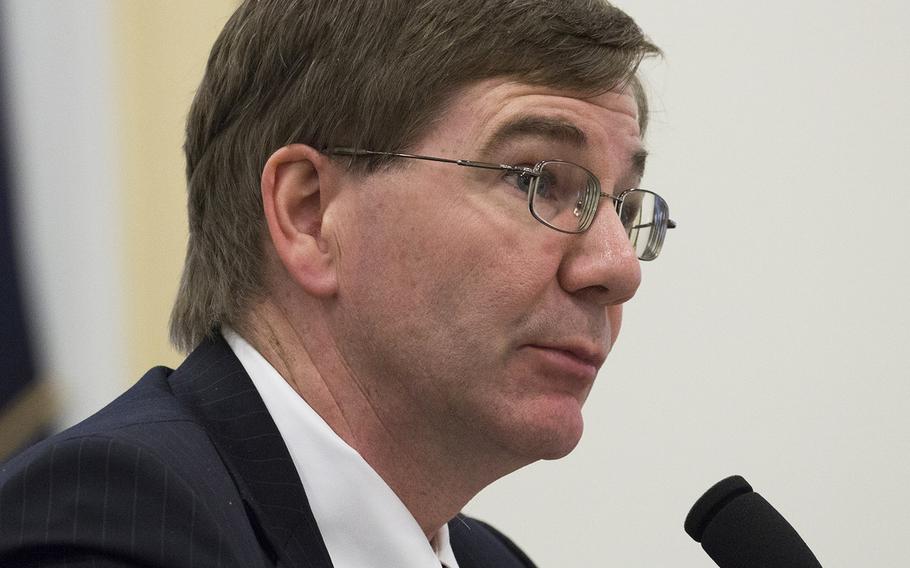 WASHINGTON — Hardware, unit deactivations, open-carry on base. House lawmakers sounded off Tuesday during the first rounds of debate on the annual defense authorization bill.

Calls to keep Apache helicopters with the National Guard, bar the elimination of C-130s at Fort Bragg, and relax gun regulations at U.S. bases could be rolled into the House’s version of the massive piece of legislation, which sets the military priorities for the coming fiscal year.

The House Armed Services Committee is scheduled to hammer out its final version of the bill by the end of the month, setting the stage for a final debate and passage on the chamber floor later this year. The Senate will also craft its version of the National Defense Authorization Act and the two will eventually be combined.

Rep. Keith Rothfus, R-Pa., told the Armed Services Committee that a plan to transfer National Guard Apache attack helicopters to the active-duty Army and replace them with Black Hawks will degrade the guard’s readiness and combat capabilities.

“I have long opposed this plan and for the second year in a row I ask, ‘Savings at what cost?’” Rothfus said.

The House agreed to examine the plan, but Senate lawmakers were able to pass a measure last year allowing the Army to transfer 48 of the aircraft. Rothfus called for the NDAA to place a freeze on any transfers until an analysis is completed, the Army and National Guard comment, and a final decision is made by the House.

“How does it make any sense to allow the Army to transfer these Apaches before the committee completes its work?” he said.

Fort Bragg also faces the loss of aircraft crucial to training and operations, said Rep. Renee Ellmers, R-N.C., whose district borders the base.

The Air Force has targeted the 440th Airlift Wing for deactivation. Ellmers said the unit is the only wing of C-130H cargo aircraft that will be completely closed in the United States and should be protected in this year’s NDAA.

“This is a decision that essentially takes the air out of airborne,” she said.

The congresswoman called the deactivation “incredibly shortsighted” and said it will leave the 18th Airborne Corps in the lurch by reducing training opportunities.

The speeches Tuesday were an opportunity for House lawmakers who do not sit on the Armed Services Committee to pitch proposals related to defense.

Rep. Louie Gohmert, R-Texas, again proposed an amendment to the annual authorization bill that would ease restrictions on servicemembers carrying weapons on U.S. bases, which the congressman said could provide more protection against mass shootings.

Mass shooters often plan to commit suicide at the end of rampages and may avoid such acts if they know troops will shoot them first, Gohmert said. Various forms of regulations have been proposed, such as open-carry rules used in Texas and other states.

“At a minimum, we should at least have military members in addition to MPs who are designated to carry weapons,” Gohmert said.

Armed Services will hold subcommittee hearings on sections of the bill over the next two weeks. A final markup by the committee is scheduled for April 29.