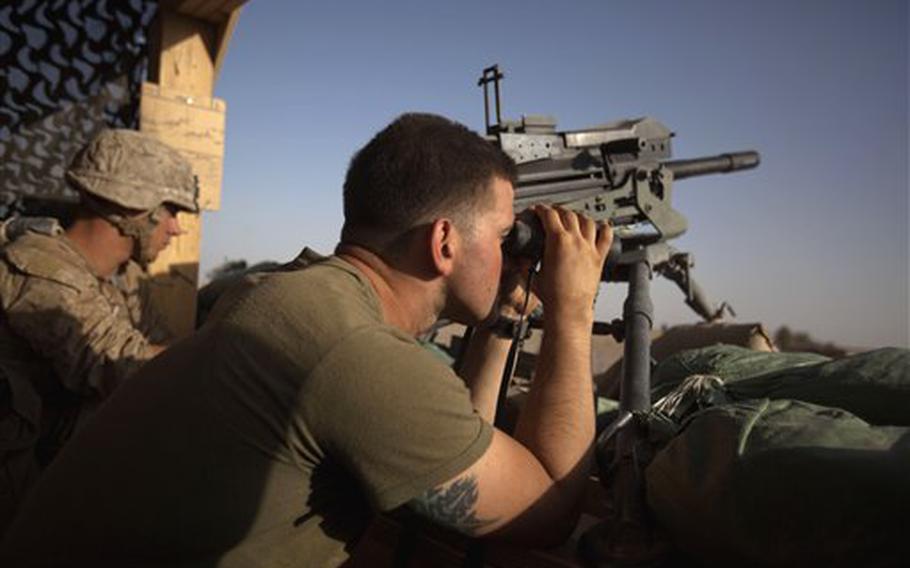 U.S. Marine Capt. Mark Paige, 26, of Port Jefferson Station, N.Y., with the 3rd Battalion, 2nd Marines, based in Camp Lejeune, N.C., watches an insurgent planting a roadside bomb from a guard post at Patrol Base Salaam Bazaar in Helmand province, Afghanistan, on July 23, 2011. Recently a remote-controlled toy truck with a camera mounted on it saved the lives of six soldiers in Afghanistan when it detonated a roadside bomb as it moved ahead of troops while they were on patrol. (David Goldman/AP)

In addition to being outfitted with his standard military gear &mdash; weapons, helmet, etc. &mdash; Staff Sgt. Christopher Fessenden, on duty in Afghanistan, has traveled with a radio-controlled model truck his brother Ernie sent.

Fessenden says the truck is far from being a toy --- he says it saved six soldiers' lives, according to an ABC World News report.

Fessenden has had the truck since 2007, when Ernie and Kevin Guy, the owner of a hobby shop in Rochester, Minn., rigged it with a video camera and shipped it to him, ABC reports.

Last week, the truck earned its keep. Fessenden said he had loaned the truck to fellow soldiers who used it to check the road during a patrol. It got tangled in a trip wire; a bomb went off, but the six soldiers controlling the truck from their Humvee were unhurt, the report says.

"Monday morning, Ernie comes running into my store and says, 'You're not going to believe this,'" said Guy, recounting the story in a telephone interview.

"I got an email from [Chris] that said, 'Hey, man, I'm sorry, but the truck is gone,'" Ernie Fessenden is quoted as saying. "The neat thing is that the guys in the Humvee were all right."

Chris Fessenden said the little truck has found four bombs since he received it.