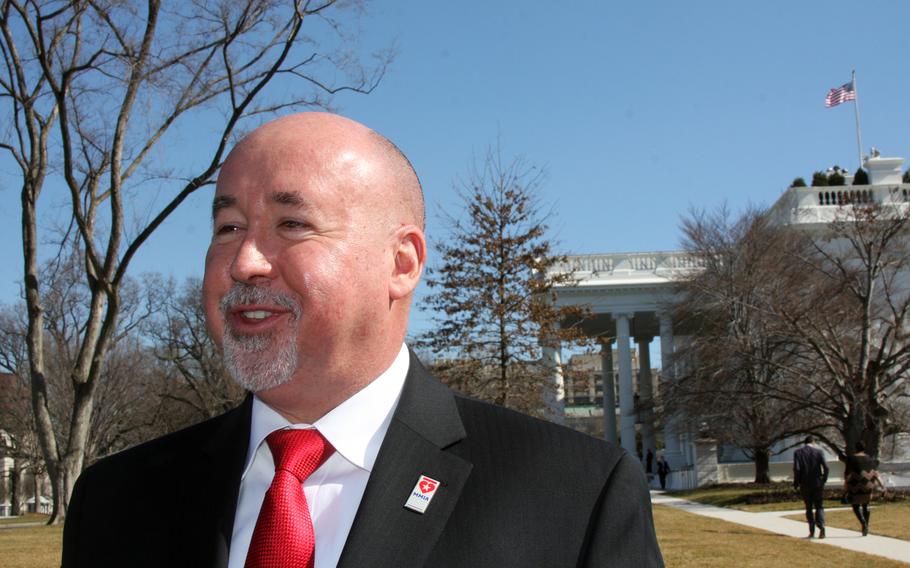 In March 2010, former Marine Staff Sgt. Mason Poe decided to amputate his left leg, 33 surgeries after an IED in Iraq in 2004 left him in a month-long coma, with injuries to both legs and using a wheelchair for a year and a half.

He made the decision after getting in touch with Military Missions in Action, a nonprofit founded by veteran Michael Dorman that aims to help wounded warriors live independently.

Like Poe, thousands of Iraq and Afghanistan veterans have returned from war with devastating injuries, left to face a new challenge of moving back into homes not equipped to help them move on with their lives.

For his effort, and the effort of his organization, Dorman was awarded the Presidential Citizens Medal in February by President Barack Obama. It is the nation’s second-highest civilian honor.

For Poe, MMIA built a master bedroom, walk-in closet, bathroom and a small nursery for his infant daughter, all downstairs. Everything was wheelchair-accessible. The group also did landscaping, even installing a flagpole on the front lawn of his North Carolina home.

“I didn’t have to worry about going home and walking up the stairs, even with a prosthetic leg,” said Poe, now 32. “Their modification was the reason I made the decision -- I really don’t think I would’ve cut my leg off as quick as I did. With this new addition, I was able to cut my leg off, come home and still have my life with a child. It was very, very helpful.”

Dorman, 52, founded MMIA to help disabled veterans returning from Afghanistan. But he expanded its services to help those who have served in WWII and the Korean and Vietnam wars after he saw that age was becoming more of an issue.

“We try to make it so our veterans with disability can live out their life with pride and independence,” Dorman said. “We want to make that sure no matter what their disability - whether it was service-related or non-service-related, whether they just returned from Afghanistan or it’s a World War II veteran whose age has become a disability and they can no longer get in the bathtub - can live out that life independently.

“We have men and women who have served our country who deserve to live out their life at home,” he said.

Military Missions in Action eventually expanded to include three other programs:

• Homes for Healing, which helps veterans suffering from traumatic brain injury or post-traumatic stress disorder by performing repairs around the house such as holes or rotting walls. These veterans are often frustrated by simple tasks they can no longer do, Dorman said.

“One thing we’ve noticed from working with veterans with TBI is simple things like fixing a leaky faucet that you’d would take for granted, their minds no longer communicate with their hands that they can make those repairs,” Dorman said.

• Operation Warrior Golf, where a golf professional teaches wounded warriors and presents them with golf clubs when the program is finished.

Sending care packages was an idea born of Dorman’s own deployments while serving in the Coast Guard.

“When I grew up in North Carolina, I was used to having a few staples: RC Cola, Moon Pies, Cheerwine and Lance crackers. And when I got to Guam, there were none of those things,” Dorman said. “So it was really exciting when I would get a box from home, so I know personally how excited they are.”

MMIA has shipped more than 12,000 care packages, assisted 8,000 homeless veterans and completed more than 125 home modification projects – worth more than $2 million, he said.

“The greatest sense of fulfillment for me … is not just the home improvement in itself, but to see the pride come back in the young soldier’s or Marine or airmen or sailor’s eyes who may have felt like everybody had forgotten about them,” Dorman said.