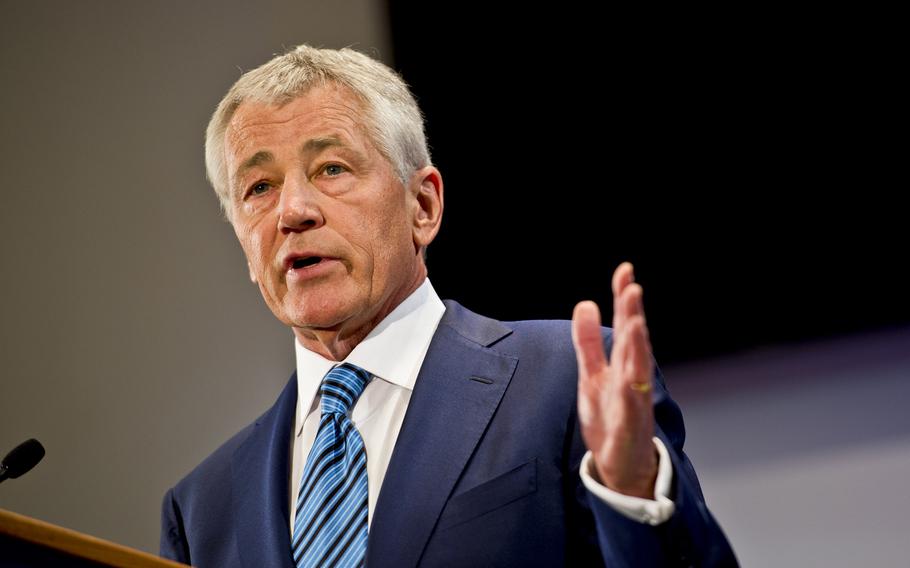 WASHINGTON — Military commanders would no longer have the authority to overturn court-martial verdicts in major criminal cases under a proposed change to the Uniform Code of Military Justice announced Monday at the Pentagon.

In a written statement, Defense Secretary Chuck Hagel said changes to Article 60 of the UCMJ were necessary in light of a review he ordered last month after an Air Force general threw out the conviction of an officer convicted of aggravated sexual assault. The case set off a firestorm of political controversy and prompted proposed legislation in Congress to strip the power of commanders to overturn convictions.

The review also concluded that the process that led to overturning of the conviction of Air Force Lt. Col. James Wilkerson complied with the letter of UCMJ law, a senior defense official said Monday at the Pentagon on the condition of anonymity.

Before the review that Hagel ordered began, the official said, there was “broad agreement” within the Defense Department that the authority of commanders to throw out court-martial verdicts was no longer useful.

Changing the UCMJ, which allows court-martial convening authorities to overturn verdicts or reduce sentences, would require action by Congress.

Legislators who blasted the handling of the Wilkerson case called Hagel’s proposal “a big win” for military victims of sexual assault.

“A commander who has not listened to the testimony should not be able to unilaterally overturn a jury verdict or change an offender’s sentence without explanation — and it’s great news that Secretary Hagel agrees,” said Sen. Claire McCaskill, a Missouri Democrat who last month introduced legislation to deny commanders authority to change verdicts.

Democratic Sen. Barbara Boxer of California welcomed the news as “the beginning of a long process to ensure that victims of military sexual assault — whether they are women or men — get justice.”

“Chairman McKeon sees eye-to-eye with Secretary Hagel on much of his reform agenda,” Chafin said. “The prospects for success would be much improved if Members and staff learned of important policy developments from senior commanders or DOD officials, not the press.”

Under Hagel’s suggested changes, which the Defense Department will draft as proposed legislation, convening authorities could still order reductions in sentences. In a briefing for reporters at the Pentagon, several senior defense officials said the sentence reductions are necessary for plea bargaining to occur. A convening authority might also reduce sentences seen as harsh compared with sentences for similar offenses, the officials said.

A reduced sentence for a serious offense would require a written explanation, Hagel said.

Although sentence reversals are no longer possible, servicemembers convicted of major crimes would still have the opportunity to appeal their convictions.

The Pentagon review of the Article 60 provisions was prompted by the case of Wilkerson, the former inspector general of the 31st Fighter Wing in Aviano, Italy, who was convicted of aggravated sexual assault last fall.

A military jury sentenced him to a year in jail and dismissal from the service for the crime, but the convening authority in that case, Lt. Gen. Craig Franklin, overturned the verdict in February.

Lawmakers and sexual assault advocates called the decision a travesty, noting that Franklin gave little reason for the change. Wilkerson has since been assigned to Davis-Monthan Air Force Base in Arizona in a nonsupervisory position.

A representative of an advocacy group for victims of military sexual assault called the proposed reforms “insufficient.”

“The Aviano case has shown the world that our military’s justice system is fundamentally flawed,” said Protect Our Defenders President Nancy Parrish. “Article 60 in the UCMJ is only one part of much larger fundamental problems. Today’s proposed changes from the Pentagon fall short of the necessary fixes to end the epidemic of sexual assault in the military.”

Hagel said Monday the DOD has a long way to go in stamping out sexual assault.

“This crime is damaging this institution,” he said. “There are thousands of victims in the department,

Jennifer Hlad contributed to this report.