Gyokusendo Cave features hundreds of thousands of stalactites and stalagmites 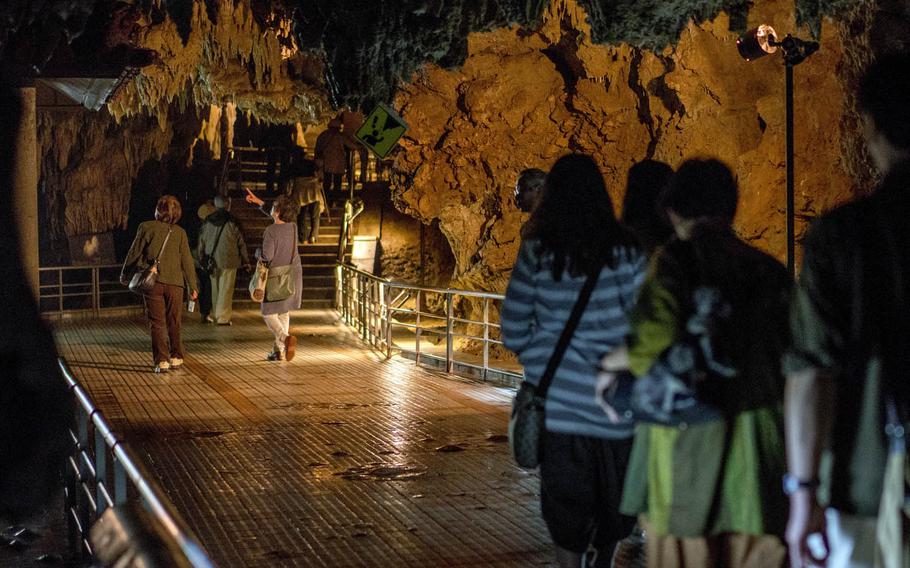 Gyokusendo Cave on Okinawa is 3 miles long, and it takes visitors about an hour to journey through the mile that is open to the public. (Jessica Bidwell/Stars and Stripe)

Gyokusendo Cave on Okinawa is 3 miles long, and it takes visitors about an hour to journey through the mile that is open to the public. (Jessica Bidwell/Stars and Stripe) 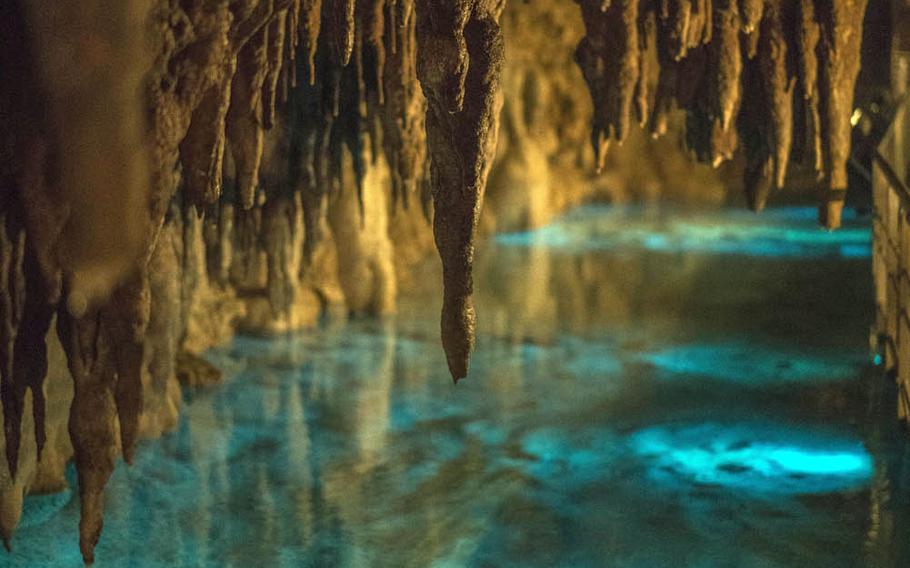 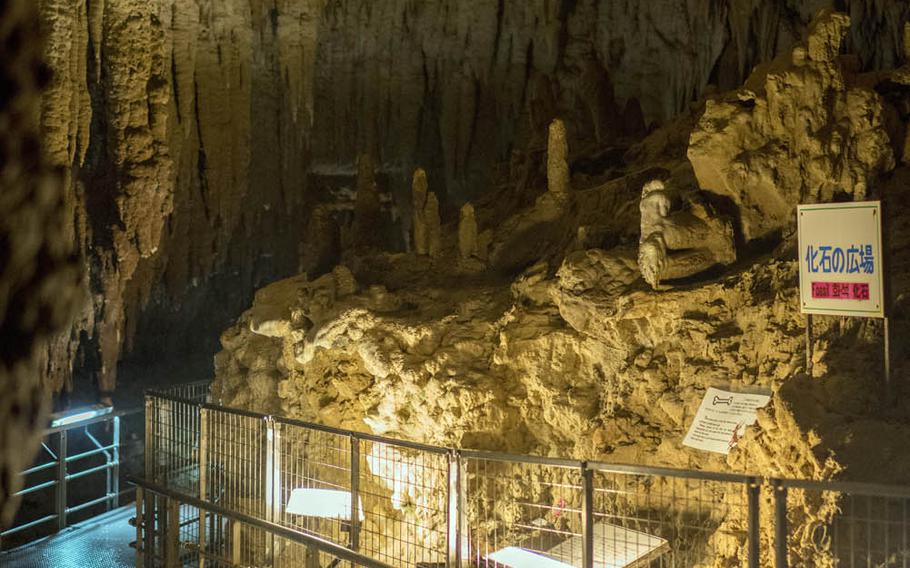 Buy Photo
There are some tight squeezes as guests make their way through Gyokusendo Cave on Okinawa. (Jessica Bidwell/Stars and Stripes)

A subterranean world of stalactites and stalagmites awaits explorers beneath the southern tip of Okinawa.

Gyokusendo Cave is one of the largest on the island and the second-longest in Japan after Akiyoshida in the middle of Yamaguchi Prefecture. Formed over 300,000 years, the cave was discovered in 1967 by Ehime University researchers.

The descent into the cave feels like entering a New York City subway station. The cavern has its own elevator, a metal walkway and guardrails.

Humidity in the cave — around 80 percent — can’t be ignored; luckily the temperature is a cool 69 degrees year-round.

Traversing nearly a mile into the cave is a workout. The walkway twists and turns around the structure, and there are some tight squeezes as guests make their way through narrow gaps in the stalagmites.

The cave’s beauty runs floor to ceiling. Colored lights illuminate hundreds of thousands of stalactites and stalagmites, waterfalls, streams and still-water pools along the route.

Water drips from stalactites as the cave continues to grow. Trickling water can be heard, but the journey seems quiet and peaceful.

Strategically placed lighting gives the cave waters a rich blue color. Below the surface you can see fish and other critters traveling along the stream that runs under the walkway.

The cave, which has appeared in several movies including a 1974 “Godzilla” feature, is 3 miles long. The journey through the mile that is open to the public takes about an hour. If you want to see more, there’s a tour of the rest of the cave system in late summer.

Gyokusendo Cave is beneath Okinawa World, a theme park based on Okinawan culture. The park also boasts Kingdom Village, where local artists ply their trade and the Habu Center, which features a habu snake museum and show.

Gyokusendo Cave Head south on the expressway from Camp Foster toward Naha to the Nishihara junction, then take the A2 exit and turn left onto Highway 507. Turn left on Route 48 toward Nanjo. Follow for a mile and a half and turn right onto Route 17. Follow the signs leading to the cave. The park’s entrance will be on the left.