Guinness Arms is a short drive from Mildenhall and Lakenheath 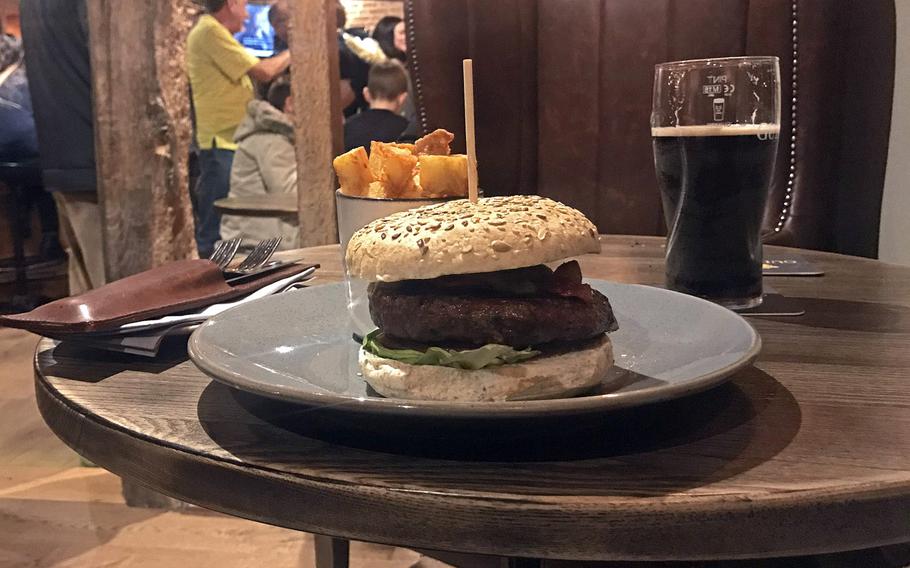 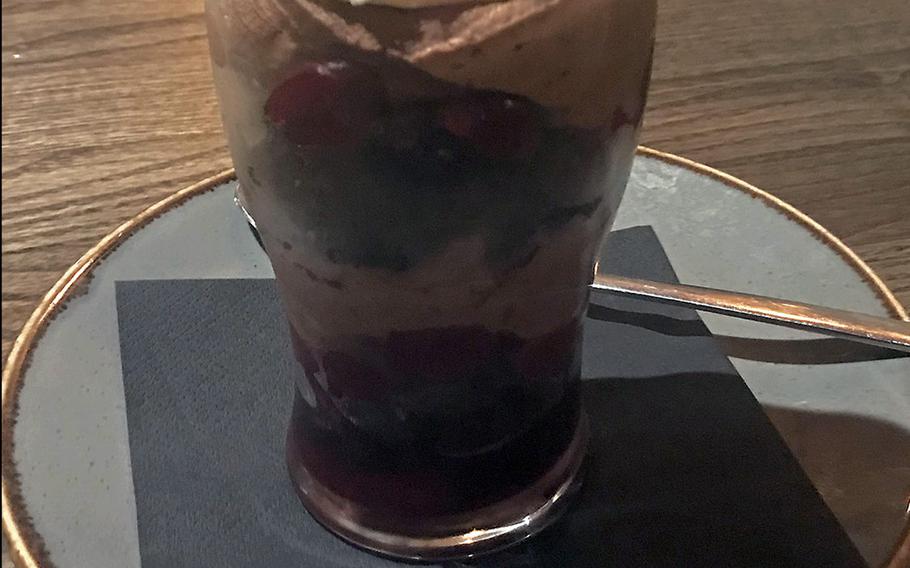 The mini-Guinness dessert at the Guinness Arms in Icklingham, England, Feb. 28, 2020. (Christopher Dennis/Stars and Stripes) 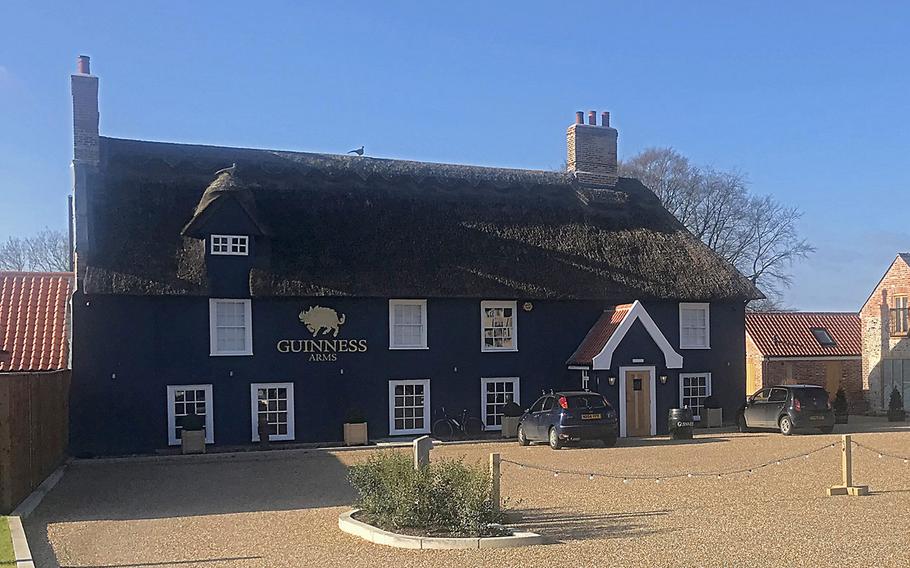 Driving from work each day, I noticed a new inn named after a favorite beer, where the parking lot was always full.

Guinness Arms is a short drive from both RAF Mildenhall and RAF Lakenheath in Icklingham. Walking in the door, the pub at first looks like many others, albeit with an impressive 14 taps at the bar.

But around the corner, an inviting dining room with seating for about 40 people and another bar with 10 more taps awaits.

Each of the taps is a different lager or ale, which accompanies a decent selection of liquor and wine behind the bar. The bartender said they change three of the ales to suit the seasons.

Choices on the menu vary from a roasted root vegetable and beet salad to the Elveden Estate ribeye steak.

I tried the 10-ounce Red Lion burger, described as a chuck and brisket patty with streaky bacon, Guinness ketchup, pickled onion, pickle and a choice of local blue or cheddar cheese, served on a rye bun with double-cooked chips.

As busy as it was on a recent Friday night, I didn’t wait long for my food.

The size of the burger and fries wasn’t that impressive for the 13 pounds that I paid, but the taste hit the spot. The smoky blue cheese merged well with the juicy, medium-rare patty and bun. The bartender didn’t ask how well I like the burger cooked, and while they got it right for my tastes, let them know if you prefer a setting other than medium rare.

The fries were a nice surprise — crispy and salty on the outside with a soft, warm interior.

For dessert, I went with the “mini-Guinness,” which was layers of dark chocolate and Guinness cake, mixed with mashed cherries and topped with vanilla panna cotta made to look like foam on top of a small glass of Guinness beer. It was a fine end to the meal.

Caroline Shipp, a bartender, who dubbed herself a “friendly face when you walk in the door,” said the Guinness Arms opened in August, after the building hadn’t been used for nine years. It was bought by the Guinness family, which owns the Elveden Estate and has a sister pub called Elveden Inn about five miles away in Thetford.

The inn’s produce is “sourced from the estate farm and wild countryside wherever possible” for their dishes, their website says.

They plan on opening space outside later in the year, along with more taps.

When the winter chills subside, I plan to be out on the patio enjoying a Guinness.

Directions: Take A1101 from RAF Mildenhall or B1112 from RAF Lakenheath and follow “The Street,” which will take you to Guinness Arms.

Prices: From 3 pounds for nuts while you wait to 24 pounds for the Elveden Estate ribeye steak