Go to Wiesbaden’s Mr. Pizza for the pizza, don’t stay for the doner 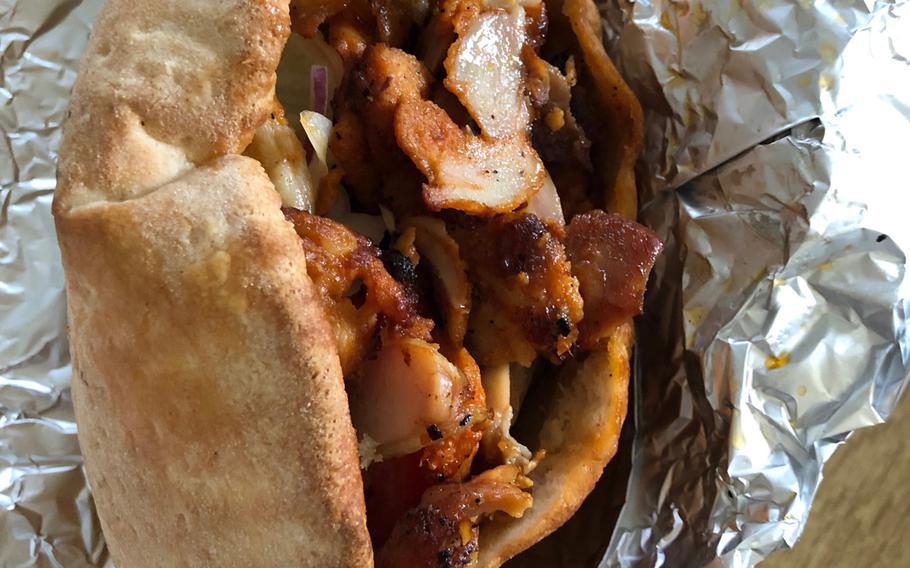 The doner from Mr. Pizza was probably the most disappointing doner I have had in Germany; not just in taste, but in looks. (Aaron Knowles/Stars and Stripes)

The doner from Mr. Pizza was probably the most disappointing doner I have had in Germany; not just in taste, but in looks. (Aaron Knowles/Stars and Stripes) 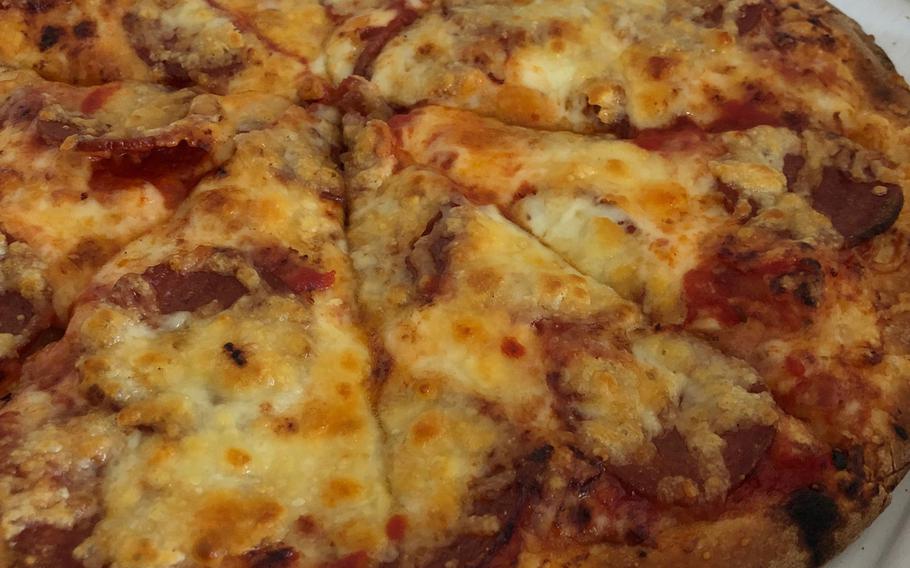 Mr. Pizza's pizza is not the prettiest thing in the region, but it tastes good. The look of the pizza matched the look of everything else I was served during the meal. (Aaron Knowles/Stars and Stripes)

Germany has no shortage of restaurants that “do it all.”

But are they worth the money, and does the taste cut the proverbial mustard?

I took a chance on Wiesbaden’s top-rated delivery service, Mr. Pizza, to see if their worldwide cuisine lived up to the reviews.

Currently, Mr. Pizza is number one in the local food delivery rankings, with more than 3,300 reviews on Lieferando.de and a 4.5-star rating. No other restaurant comes close to this number of reviews.

Boasting a huge menu that covers nearly every continent, Mr. Pizza offers everything from gnocchi to fried noodles, pizza to spring rolls, doners to fish sticks, and more.

But can a restaurant cover that many cultures and still hit the flavor mark on all of them?

The favorite item on Mr. Pizza’s menu is the Pizza Margherita — fancy talk for cheese pizza. There are also about 30 different toppings and ways to customize your pizza with additions like salami, spices and even corn.

I kept the flavors simple by just adding pepperoni. And that’s exactly what I received: A simple cheese and pepperoni pizza. Not pretty, but it tasted good. Not too much sauce, cheese that was baked to a golden-brown color, and a crunchy but foldable crust. Don’t judge a pizza by its looks: This was some good pizza.

For a bit of a twist, I ordered one of my favorite things to eat in Germany, a doner kebab.

Sadly, the Doner XXL, which I thought meant I was in for a very large treat, was not as expected. About as pretty as my pizza, the doner was neither XXL in size nor flavor. The lettuce inside my Mr. Pizza doner did not taste fresh, there were no other veggies and no sauce other than their yogurt sauce. I have had better from vendors on base.

In short, the doner was not impressive. Nothing else was much to email home about, either. Those 3K+ reviews may be about pizza only, because Mr. Pizza’s pizzas are tasty, even if they lack on the aesthetic front. But if my doner XXL experience is anything to go by, when it comes to the rest of the menu, I suggest going elsewhere.