Gates as VP? Memoir is full of interesting tidbits 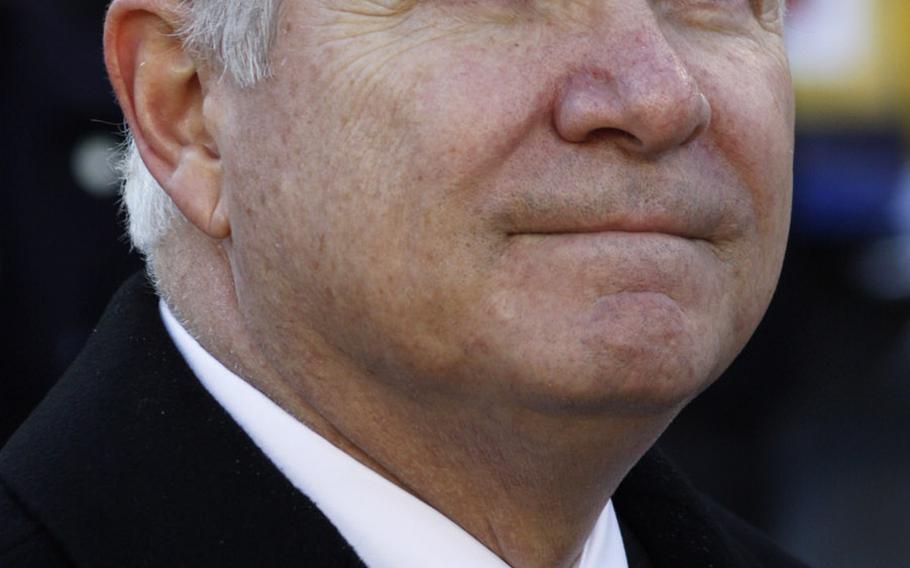 WASHINGTON — Even the secretary of defense only has so many bombs to throw.

Most of the controversial tidbits from former Defense Secretary Robert Gates’ memoir “Duty” have been made public, even before the book hits store shelves this week: his concerns about President Barack Obama’s commitment in Afghanistan, his hatred of dealing with Congress, his low opinion of Vice President Joe Biden’s foreign policy credentials.

But those revelations make up a small portion of the 600-plus pages -- and really only cover two chapters in the book. Here are a few other interesting items that haven’t made headlines yet:

He was considered for Obama’s vice president. Gates said he received a call from Senate Majority Leader Harry Reid in 2008 about the position, and answered several questions about his public stance on abortion and a few other issues. “It took a lot of willpower for me to keep from bursting out laughing,” he wrote. “I couldn’t figure out if he was serious, if it was just idle flattery, or if he was delusional … I never told anyone, in part because I didn’t think they would believe me.”

Vets groups gave him headaches. “I greatly admire the (veterans service organizations) for their work on behalf of veterans … that said, again and again they were a major problem whenever I tried to do something to help those still on active duty,” he wrote. “Those still on active duty seemed to be of secondary importance, especially if any new benefits or procedures might affect veterans.” For example, Gates thought the post-9/11 GI Bill education benefits were too generous, and pushed to make only troops who served for at least five years eligible for the tuition funds. Instead, Congress made anyone with at least three years on active duty eligible, deferring to veterans advocacy groups.

Kevin Bacon helped change the Dover policy. In 2009, after a lengthy review, Gates approved access for reporters and photographers to attend the return ceremonies for troops killed in wars overseas, provided the deceased’s families OK’d the coverage. In the book, he singled out the HBO movie “Taking Chance” -- in which Bacon’s character escorts the remains of a fallen Marine home -- as an unexpected influence. “I often reminded colleagues that presidents and other senior officials listen to a wide array of voices other than those in official government channels,” he wrote. “After seeing the film, I was resolved that we should publicly honor as many of our fallen warriors as possible, beginning at Dover.”

He had to take a drug test for the job. After a full background check, an in-depth confirmation hearing and weeks of preparation to take over at the Pentagon, Gates was welcomed in his first week by a sergeant requesting an early-morning urine sample. “Even the secretary of defense was not exempt from that,” he wrote. He believes there are too few Medal of Honor recipients. Gates said the heroism he saw from reports in Iraq and Afghanistan indicated that more troops should have been recognized with the nation’s highest military honor. But Pentagon generals forwarded only a few names. Officials said publicly that the standards hadn’t changed since previous wars, but Gates wrote otherwise. “I once asked (Army Vice Chief of Staff Gen. Pete) Chiarelli why so few had been recommended,” Gates wrote. “He said because the medals had been passed out so freely in Vietnam, succeeding officers were determined to raise the bar. They had raised it too high, he thought.”