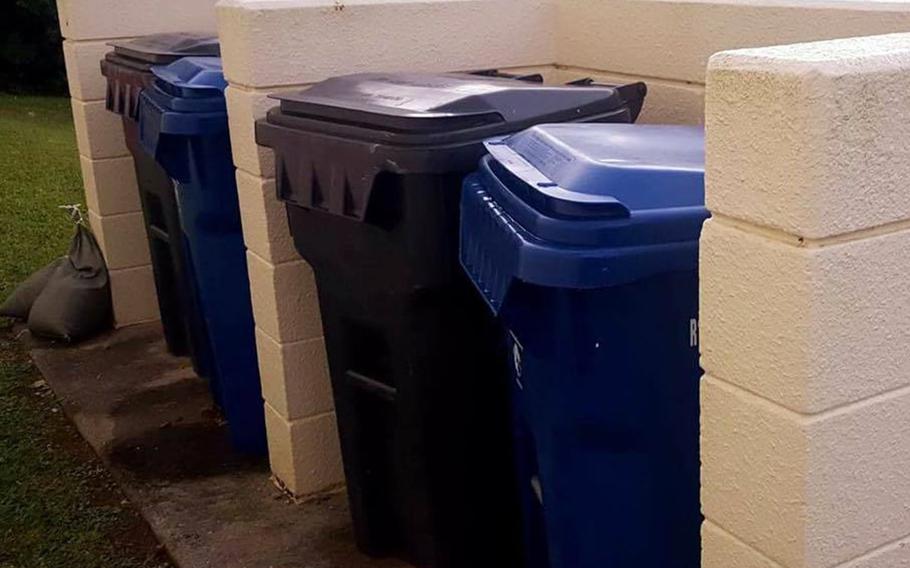 Garbage collection at military housing areas on Okinawa was put on hold Tuesday, Nov. 21, 2017, while authorities sort out issues with a local refuse contractor. (Special to Stars and Stripes)

Trash collection at military housing areas on Okinawa is on hold while authorities sort out issues with a local refuse contractor.

The issue stems from contractual and licensing problems with a refuse contractor, the message said. The 18th Civil Engineer Group and 18th Contracting Squadron are attempting to resolve the issue

Recycling services are not affected and will continue as usual, said the message, which also urged personnel to recycle as much as they can to minimize the amount of trash piling up at their homes.