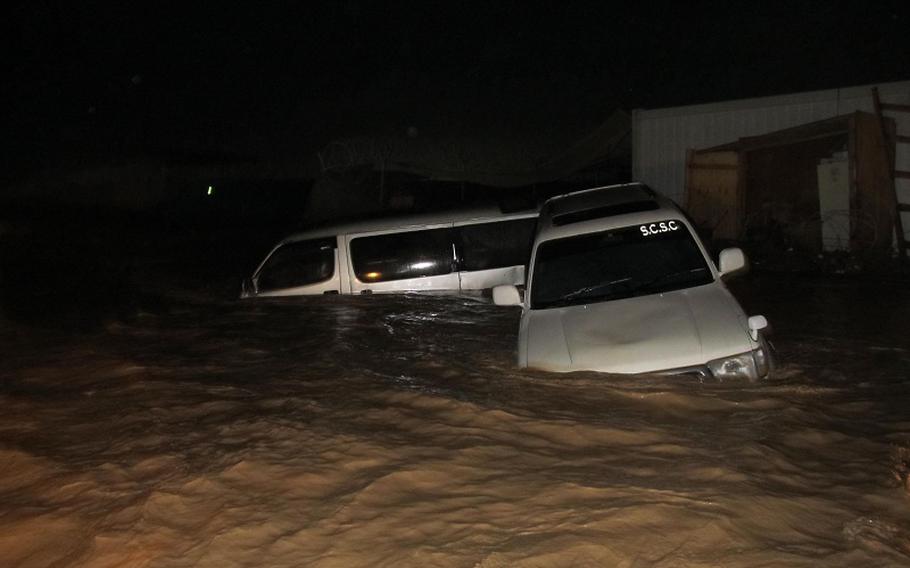 Flooding was reported at Kandahar Air Field on Thursday but the cause was unknown, a military spokesman said. The flooding appeared to be limited to one area near a front gate and no operations were affected.