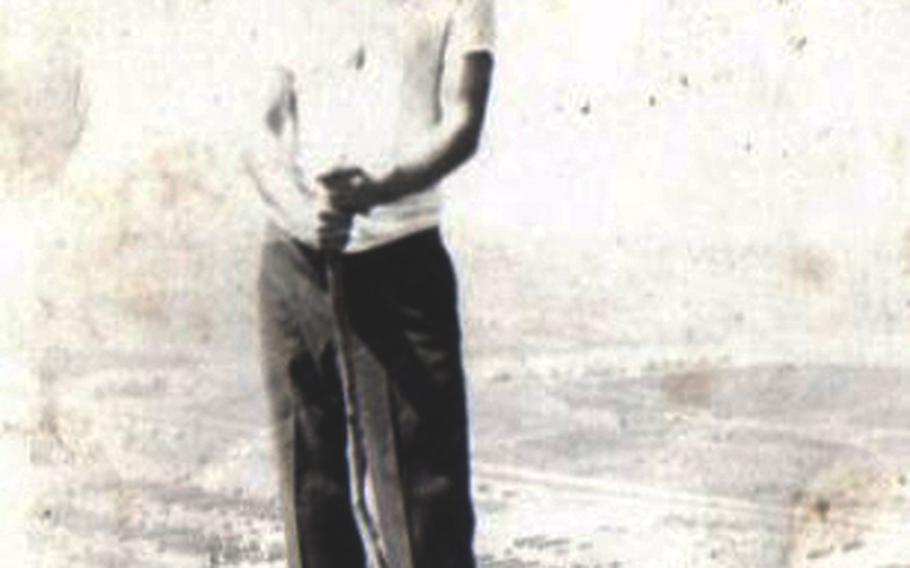 Sgt. James Lenihan, shown during his service in World War II. Lenihan wrote a poem about killing a German soldier in Holland. Lenihan&#39;s son recently found the poem after his father died. The elder Lenihan served as a sergeant with the 413th Infantry Regiment, part of the 104th Army Division, which fought German units across Europe. (Photo courtesy of Rob Lenihan)

No matter the war, killing is a topic that troops don&rsquo;t often talk about.

James Lenihan buried his feelings about shooting a German soldier during World War II in a poem that he never shared with anyone but his wife.

He had rarely talked about the war with his two children, and he had never mentioned to them the killing or the poem he later wrote about it. But three years after Lenihan&rsquo;s death, his son, Rob, discovered among piles of his father&rsquo;s papers a yellowed typewritten page that began:

I shot a man yesterday

And much to my surprise,

The strangest thing happened to me

I began to cry.

Rob Lenihan had been cleaning his father&rsquo;s home in Brooklyn, N.Y., when he found two copies of the poem, titled &ldquo;Murder: Most Foul.&rdquo; Though the poem was unsigned, the younger Lenihan believes it was written by his father after his return from the war, and typed by his mother.

James Lenihan had served as a sergeant with the 413th Infantry Regiment, part of the 104th Army Division, which fought German units across Europe. In the poem, Lenihan escribes the soldier he killed during a battle in Holland.

I knelt beside him And held his hand

I begged his forgiveness Did he understand?

Rob Lenihan said he doesn&rsquo;t know of any other poems written by his father, who worked most of his life as a salesman for a meatpacking company.

&ldquo;Like the poem itself,&rdquo; he said, &ldquo;I guess that side of him just got pushed aside.&rdquo;

Lenihan died in 2007 at 85 from complications of Alzheimer&rsquo;s. Now Rob Lenihan is left to wonder how much the killing bothered his father, whom he found &ldquo;short tempered&rdquo; at times.

&ldquo;The incident was so personal,&rdquo; he said. &ldquo;A man he killed dying in front of him.&rdquo;

In the poem, the young soldier is tormented by what he has done, casting it as murder. But he acknowledges that it was a time of war and he had little choice:

If I hadn&rsquo;t shot him

He would have shot me.

Still the poem ends on an ominous note: The young soldier recognizes that the killing has scarred him forever.

A part of me died with Him

When Death came to close His eyes.