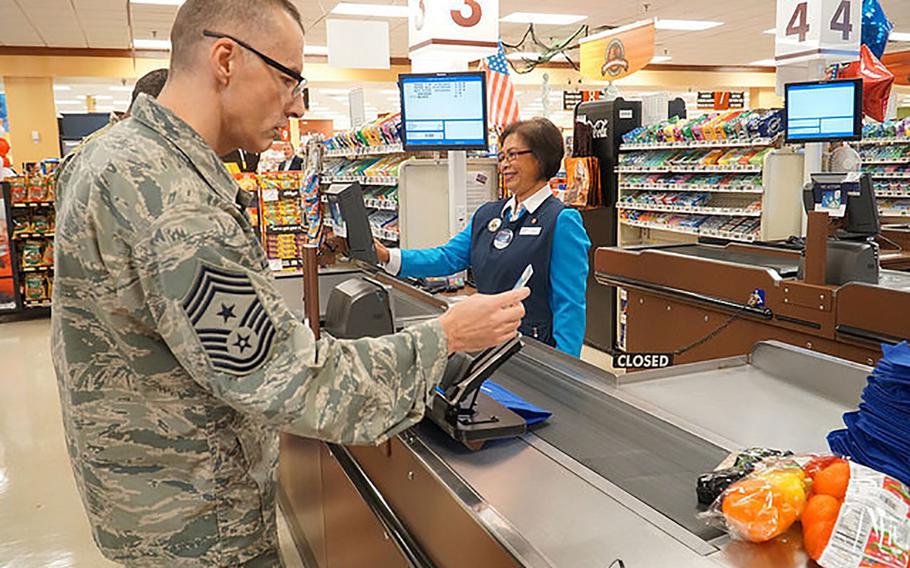 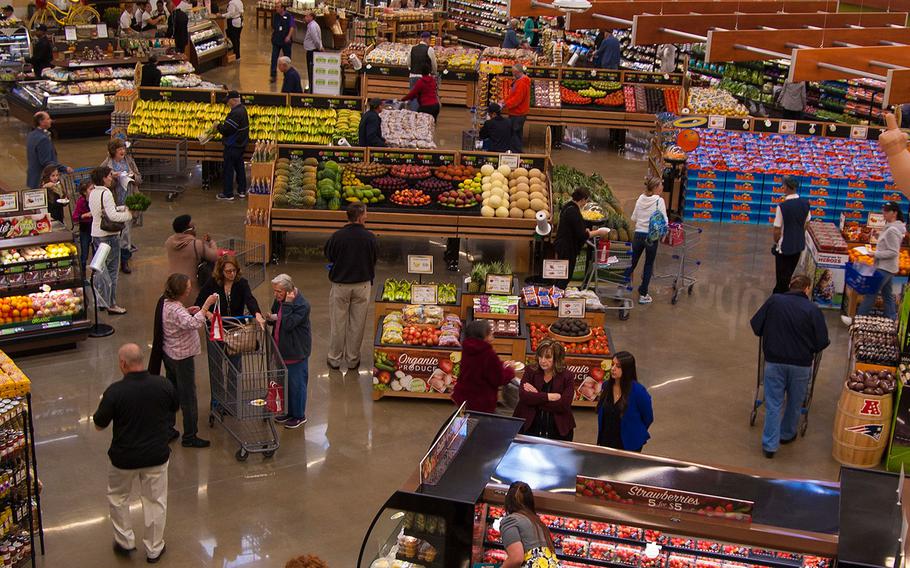 Sales at on-base grocery stores have fallen 6 percent in the past year, 21.3 percent since 2012, putting the shopping benefit at greater risk, say commissary executives.

The worry is that falling sales leave commissaries open to criticism that they’re losing relevancy as a military perk, or becoming too costly for taxpayers to support, given the fierce competition for customers from commercial grocers.

The Defense Department’s top two executives overseeing commissaries — one responsible for all military resale policies and the other for day-to-day operation of 237 commissaries worldwide — have conceded in separate interviews that falling sales are alarming and must be reversed.

But both also said they are confident current actions to transform commissaries into “business-like” operations can succeed — in preserving current patron savings, lowering taxpayer support and improving shopper satisfaction.

The transformative steps include: phasing in variable pricing to replace the tradition of selling base groceries at a cost-plus-5-percent surcharge; offering commissary label goods to deepen discounts; and, in time, adopting at least for new hires the more flexible wage schedule used in military exchanges, which run on-base department and convenience stores at a profit.

“I have been charged with instituting reforms and procedures [to] drive down expenses, allow us to still offer the benefit at the prescribed level [of savings] Congress is looking for and, hopefully, offset those expenses by running the commissary more like a business,” said Bianchi.

The first obstacle in his way, he suggested in an hourlong interview, is a “significant” drop in commissary sales, from $6.1 billion in fiscal 2012 to $4.8 billion in 2017. The sales slide has continued into fiscal 2018, though at a slower rate.

Resale experts agree it’s a worrisome trend particularly in an industry that keeps profit margins razor thin in their battle to keep customers.

“Any drop, particularly a drop of the magnitude you’ve just described, there’s not a day that goes by that we’re not talking about, ‘How do we counter that?’ ”

It was Barna who persuaded Bianchi to take on his demanding dual-hat assignment during the most challenging period commissaries have faced. The special hiring authority she used so Bianchi could apply to commissaries his profit-and-lost acumen from years running exchanges will expire in early June.

So sometime sooner than that, said Barna, Bianchi or a “Bianchi clone” will become full-time DeCA director. DeCA is headquartered at Fort Lee, Va. NexCom is in Virginia Beach, Va., where, Barna said, Bianchi and his family have deep roots in the community, a factor he must weigh in deciding if he wants the DeCA job full time.

“I couldn’t be happier with what Rob Bianchi is doing,” Barna said. After only 90 days “I see a difference in the way the commissary team is approaching the business. Rob is a businessman at core … classically educated” with a master’s in business from Harvard and “an incredible amount of experience managing a vast business enterprise.”

Bianchi said he is encouraged that the rate of monthly sales decline has slowed compared to last year, the result he believes of a variety of actions to improve the shopping experience with fuller shelves, more-customer-friendly hours and a workforce now more focused on patron needs.

Surveys show commissaries are the second-most-valued benefit after health care, Barna said. Both the department and Congress want the benefit sustained.

At the same time, the department has set annual targets DeCA must hit to lower its appropriation from $1.4 billion in 2017 to $400 million by 2021. Military leaders have testified they want that billion dollars in savings to be applied to more critical readiness needs.

DeCA’s target for 2018 is to lower reliance on appropriated dollars by $150 million, according to Barna. Bianchi didn’t sound confident the goal would be met.

“How quickly we could achieve that is really dependent on getting the variable pricing in place and increasing traffic and increasing sales so we can actually generate the margin,” Bianchi said.

DeCA is transitioning to variable pricing to generate profit margins that will offset appropriated dollars. “But we’re not there yet,” he said. “So … we are still fully funded as an appropriated activity.”

Falling sales toughen the task and “probably puts the benefit more at risk,” Bianchi said, raising concerns at DOD and in Congress about the value of the benefit.

“That’s clearly a concern,” Bianchi said, “that, ‘Gee, if patrons aren’t using it, is that something we should still be funding?’ ”

Days after our interview, Barna provided a statement on budget targets DeCA must meet. It said that given “additional revenue from variable pricing and private label, and other budget strategies, we are confident in meeting the [fiscal year 2018] target. The cuts become more challenging in [fiscal year 2019] and beyond, and the need to generate additional revenue will become more critical.”

Bianchi cited a host of factors to explain falling sales: cuts to Army end strength, some of which Congress plans to reverse; the closing of more bases in Germany; more servicemembers living off base and fewer members being married.

But he spent far more time describing the “amped up” rivalry for patrons with commercial grocers and online shopping sites. Shopper choices have expanded beyond traditional supermarkets to include deep discounters such as Aldi and Lidl and natural food markets such as Whole Foods and Fresh Market.

“You’ve also had growth in the overall shopping experience at grocery markets where you can get meal kits or pre-prepared foods or fresh and organics. You go into some of these,” Bianchi said, “and see millennials eating dinner. At some of Whole Foods you can sit and get a glass of wine.”

More competition comes from “online retailers such as Blue Apron and Amazon, with acquisition of Whole Foods, Hello Fresh and more. The industry itself is changing, and traditional grocers … are having to sit up and take notice.”

Amid sweeping change to the industry, commissaries haven’t kept pace. DeCA had leaned forward “to some degree,” Bianchi said, but with its straight cost-plus model it didn’t try to match the aggressive steps taken by competitors.

“Some expression of that was folks maybe voting with their feet,” deciding the “value proposition” had slipped at commissaries, said Bianchi. “So, I think market forces all around drove some of these [sales] results.”

He compared modernizing the commissary benefit to turning an aircraft carrier, in that it takes more time than some reform advocates expect.

“The sales decline happened over a five-year period, so we’re not necessarily going to see immediate stellar results. This is one where we have to earn back the confidence of some customers [and] reaffirm our commitment to those who have been our loyal shoppers.”

More patrons will shop on base as the experience improves, as they become more satisfied with product assortments to include lower-priced commissary brands, as they see shelves consistently full, and as they recognize their overall savings can’t be matched using commercial grocers.

Will the benefit survive?

“If I didn’t believe in this I wouldn’t be holding down both jobs with only getting one paycheck,” Bianchi said. He added, “My job is to improve that customer connection and experience. I think we can do that. I really do. Between industry partners, our own initiatives and working with other stakeholders on base and in the community, we’re in this to win it. I remain very optimistic.”

Next week: Bianchi discusses shopper savings and progress on converting commissaries to nearly self-sustaining operations. Barna shares a frank assessment on why, despite stalwart support for commissaries on Capitol Hill, patrons must be enticed to use the benefit to ensure its survival.