'Everyone was just at the top of their game' 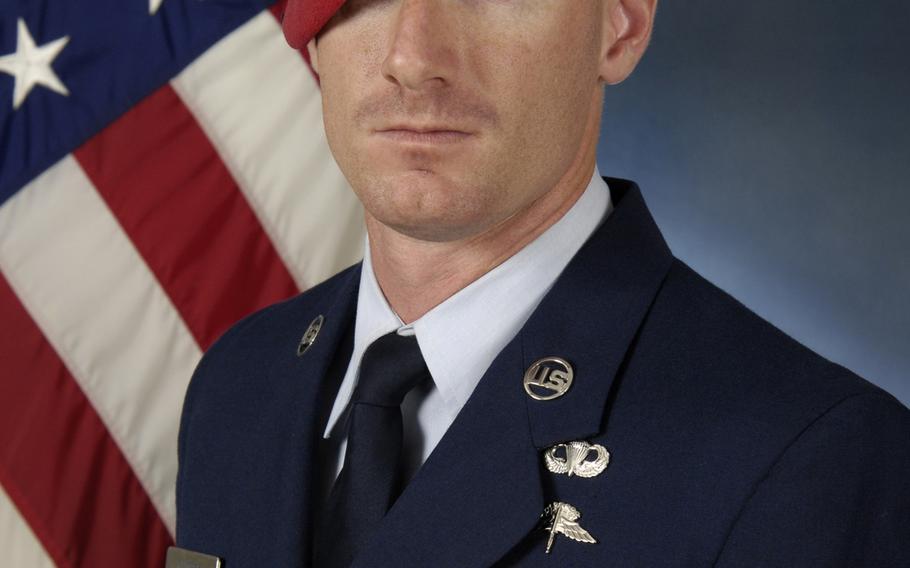 When his Special Forces team stepped into a hotbed of insurgent fighters, Staff Sgt. Daniel Cutrell called on higher powers for help — the ones circling thousands of feet overhead.

Fighter jets and Kiowa helicopters under the airman’s guidance rained bombs and strafed automatic fire during a 6½-hour firefight in Afghanistan in July 2011, providing critical cover for the team to work its way to higher ground and away from danger. Thirty-one insurgents were killed during the fight, with one wounded, according to the Air Force Special Operations Command. Cutrell’s team took no casualties, he said.

The 28-year-old airman received the Bronze Star with “V” device for valor for his role, making him one of the latest combat controllers recognized for his on-the-ground work with special operators. Combat controllers have been awarded 21 Silver Stars, four Air Crosses and 978 Bronze Stars since Sept. 11, 2001.

Cutrell’s story began with a mission in July 2011 to locate two Afghan Local policemen kidnapped in Paktia province on Afghanistan’s border. The team found itself in a remote village accessed by a single streambed.

One of the helicopters stopped a vehicle making a break for the streambed. As several team members questioned the occupants, others headed for high ground over the village to establish oversight.

Automatic fire rang out from one of the slopes, followed by urgent radio calls. A team member and several Afghan special forces soldiers were pinned down, taking fire from five to seven positions.

“I could tell with the urgency in his voice it was pretty serious up there and we needed to get to him ASAP,” Cutrell recalled.

He bolted up the slope with other team members, relaying instructions from the trapped team member to the aircraft on standby as he climbed. Kiowas and a Predator drone were on hand; more help was on the way.

A chaotic scene greeted Cutrell and others when they reached the slope. A bowl opened up across the ridge, and insurgents fired down from the heights, 200 to 300 meters in the distance. Small-arms fire, automatic fire from a PK machine gun and a rocket-propelled grenade were incoming.

The team worked together to find a better vantage point, laying down cover fire as each man moved. Cutrell delivered the heavier ordnance, using F-16 and F-15 fighter jets to drop bombs as close as 125 meters from the team’s location.

The decisions were “based on what the ground condition is in front of me,” he said. “It’s ‘Do I need bombs right now? Or do I need something that’s more precision? And what’s the disposition of the friendly forces on the ground?’ ”

Sometimes he told the aircraft to wait as he fired his own weapon, he said.

After things appeared to calm down, the team decided to conduct a battlefield damage assessment. They were greeted by more gunfire, from two locations. A machine gunner narrowly missed Cutrell’s team leader, he recalled.

Having moved down from the ridge above, the men were again caught in the open, with little alternative but to get as low as they could.

“There was nothing,” Cutrell said. “It was just the side of a mountain at this point. You can’t even get prone. It’s just take a knee and throw as much fire toward the enemy as you can.”

Cutrell called in Kiowas to take out the machine gunners as Afghan forces flanked from the sides to get the guys in the back.

As the team began pulling back, it picked up chatter suggesting insurgents were planting a bomb by the side of the road leading back. Cutrell called in an F-15 to check it out. The pilot buzzed three men on the side of the road as a show of force, scaring them off and potentially preventing another attack.

Cutrell, now on his second deployment to Afghanistan — again as a combat controller for Special Forces — gives little thought to the award, he said.

“It’s kind of one of those things that nobody really wants,” Cutrell said. “It’s not about a medal. It’s about guys coming home, coming home safe.”