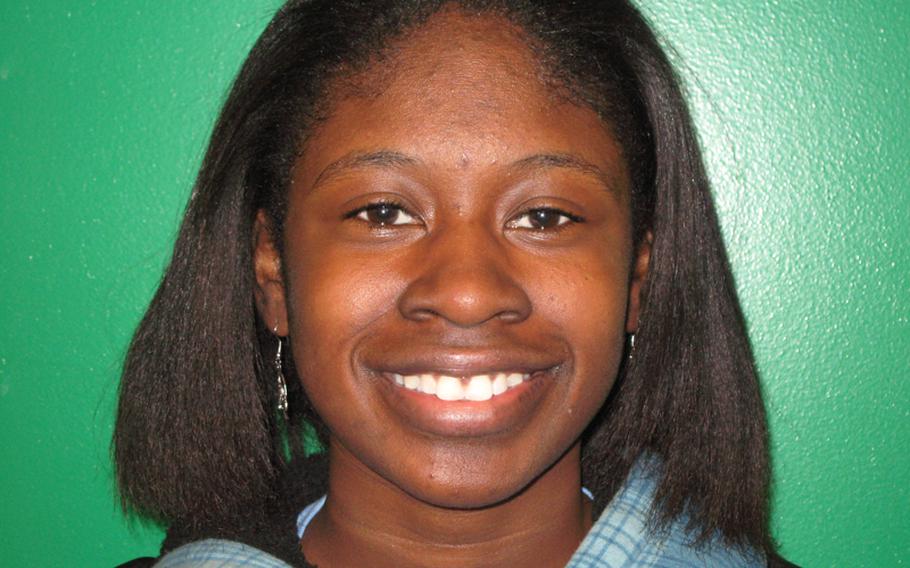 Gina Rhett, a 5-foot guard on the SHAPE girls basketball team, hit five three-pointers on Friday against Bitburg, one week after hitting five in one game against Wiesbaden and six in another. ()

Gina Rhett, a 5-foot guard on the SHAPE girls basketball team, hit five three-pointers on Friday against Bitburg, one week after hitting five in one game against Wiesbaden and six in another. () 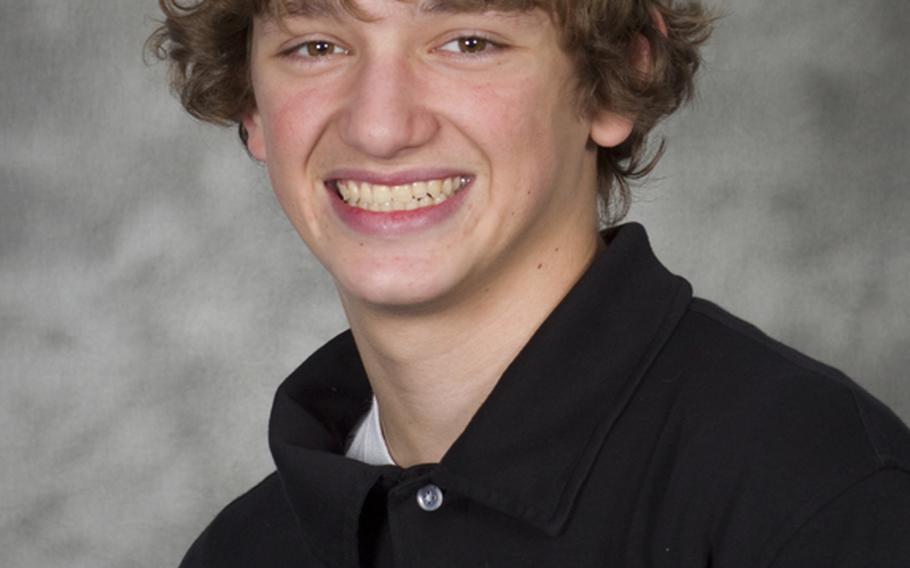 Vince Alonso, a junior on the Brussels wrestling team, opened his wrestling season with three wins, including a pin of former European champion Drew Polson of Wiesbaden. ()

Last week: Alonso, a junior who earned a European silver medal as a freshman and was unbeaten last season at 125 before pneumonia forced him out of Europeans, demonstrated he&rsquo;s fully recovered Saturday at Brunssum, Netherlands, when he pinned former European champion Drew Polson of Wiesbaden to complete a 3-0 debut meet.

Wrestling this year at 140, Alonso, who missed the season-opening trip to Alconbury for college testing, opened his 2010-2011 campaign with pins of two other Wiesbaden wrestlers, according to Brussels coach Tim Mobley. He said Alonso was up 5-2 on Polson, who lost by one point to boh the eventual 130-pound champion and runner-up at last season&rsquo;s Europeans, when he caught Polson in a pinning combination at 3 minutes, 42 seconds.

"It is a tough weight class with Alonso, Polson and also Austin Morrow from Lakenheath&hellip;," Mobley said. "I have a feeling we&rsquo;ll see these two go at it again."

Last week: Rhett, a 5-foot freshman guard from North Carolina, continued to excel from behind the three-point arc on Friday, canning five three-pointers in the Lady Spartans&rsquo; 46-37 victory at Bitburg.

"Her three treys in the first half were crucial in the sense that she put us out of reach&hellip;," SHAPE coach Sam Ochinang wrote in a Tuesday e-mail.

Ochinang added that Rhett, who&rsquo;s averaging four threes and more than 16 points per game so far, is more than just a shooter.

"Every trey that she makes lifts our team and inspires the rest of the squad to do better," Ochinang concluded. "Although she could sink shots at will, she is unselfish and always looks out for any teammate who may be open and closer to the basket. Best of all, she also does well in school and was a recipient of the all-academic award in the just concluded fall season."